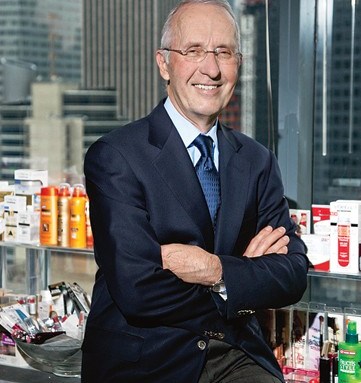 For one, advertising spending by the U.S. division was increased 10.9 percent for the fourth quarter — and the spigot remains open. Joseph Campinell, president of the Consumer Products Division, says ad spending for the first half has been increased by 2 or 3 percent, since it comes on top of a hefty outlay last year. He predicts that advertising spending for all of 2009 will probably be 5 percent above the level of last year. In terms of sales, as measured in retail sell-through, he expects the division’s volume to be up by 4 to 5 percent for the year.

“We’re off to a good start,” Campinell says. “We’ve got some new things that are working well,” he adds, his confidence bolstered by the division’s fourth-quarter performance.

As the global beauty market began to turn grim in July, L’Oréal executives realized they had to boost ad spending. While some critics contend that the move was an admission the company had erred in earlier cutting back on marketing support for the brands, Campinell steadfastly maintains that the move came straight out of L’Oréal’s long-standing playbook. “In bad times you spend against the categories — you grow your market share — and when things turn, your market share is higher and you’ll be in a better position,” he says.

For the fourth quarter, the division’s main brands — Maybelline New York, L’Oréal Paris, Garnier and SoftSheen – Carson—had a 2.3 percent rise in retail sales, according to Campinell, who also calculates that his main competitors dropped a cumulative 2.2 percent in the quarter.

L’Oréal does not break out advertising budgets or sales totals. But industry sources estimate that L’Oréal USA’s mass market division spent around $600 million in advertising, promotion and marketing for 2008. In terms of sales, the division’s brands command a cumulative market share of 20 percent, according to Campinell, who was quoting data compiled by Information Resources Inc. That figure does not include Wal-Mart, which comprises 30 percent of the market, where Campinell says his brands are selling well. The division generates a combined sales volume that adds up to around $3 billion a year. L’Oréal’s share of the hair coloring market is estimated at more than 50 percent and color cosmetics is said to exceed 30 percent. For the fourth quarter, L’Oréal’s market share was up better than half a point, Campinell noted.

He maintains that L’Oréal usually shoots for a market share gain of a full point every year. Despite the bearishness of the financial climate this year, he still expects his market share to increase between a half point and a full point for 2009.

L’Oréal’s quest to gain momentum against the recessionary tide got some traction with the January launch of Lash Stiletto, which reinforced Maybelline’s dominant position in the mascara category.

Following an initial burst of TV advertising, the new mascara grabbed a 7 percent share, Campinell says. “I’d say we’ll end up between a 6 and an 8 percent share for the year,” Campinell notes.

He also has high hopes for the new home hair coloring kit from L’Oréal Paris called Excellence to Go, as well as Ultra-Lift Pro, a $15 high-tech product designed to ease deep wrinkles.

The Garnier brand scored big in the hotly contested skin care category two years ago with the launch of Nutritioniste. Its sales had registered “as high as a 9 percent market share” in the moisturizing category, Campinell notes.

He describes skin care in general as “our best-growing category because we participate with both brands, Garnier and L’Oréal Paris.”

Asked about the position of the consumer division, he says: “In general, we continue to increase our market share. The second half is going to be better — we’ll have an edge.”

Turning to the market, Campinell speculates, “We’ll see some improvement in the fourth quarter of this year. In the second half, we should see some improvement in category sales. The third quarter will be good; the fourth quarter will be better. The first half of 2010 will be better than the first half of 2009.”

Asked whether he thinks that tightening financial circumstances will convince women to switch to cheaper and more practical home beauty remedies, such as the relatively inexpensive hair coloring kits marketed by L’Oréal and Procter & Gamble, Campinell predicts that frugality will win out only to a point. “We are seeing some more at-home beauty treatments than we might have seen two years ago when the economy was humming along and everybody was just paying for service outside the house.”

Not only are consumption habits deeply ingrained, but so are shopping patterns. Consumers have been cross-shopping from specialty stores to department stores to mass merchandisers for 15 years, Campinell points out, and “that crosschannel shopping is going to continue. We buried department stores a couple of times and they bounced back. They are going to bounce back just like they did and things will get better.

“Working with retailers in their go-to-market strategy is the most important future development in our world because they each have a different approach to how they want to create their equity with the consumer,” Campinell says. “They are all competing with each other at some level — maybe not the same as department stores, but at some level, you have a CVS, you have a Walgreens, you have a Wal-Mart, you have a Target and you have a Rite Aid in the same market.”

Campinell predicts, “The retailer who is best at service [being in stock, having the right assortment, making it interesting to shop] is going to win.”

He notes that the division’s now-ended experiment with two L’Oréal Paris stores inspired some creative thought about other brands: It led to the creation of pop-up stores for Maybelline New York. “We would take a retail space, put the Maybelline products in there and people would start to see your products, and then you’d shut it down.”

Bolstered by that experience, the division is experimenting in other means of making a consumer connection, by setting up pop-up stores in malls. Citing one instance at the Texas State Fair, he says: “We had this tent, where they brought people in and taught them about hair color. We’re going to extend that across Maybelline and Garnier.”

As an example of what can be done, Campinell points to the L’Oréal display installation in the Walgreens store in New York’s Times Square, which has “beauty advisers.” He clarifies the term by admitting they’re “not at the same level as in a department store, but they share ideas, and show [customers] new products and motivate them.”