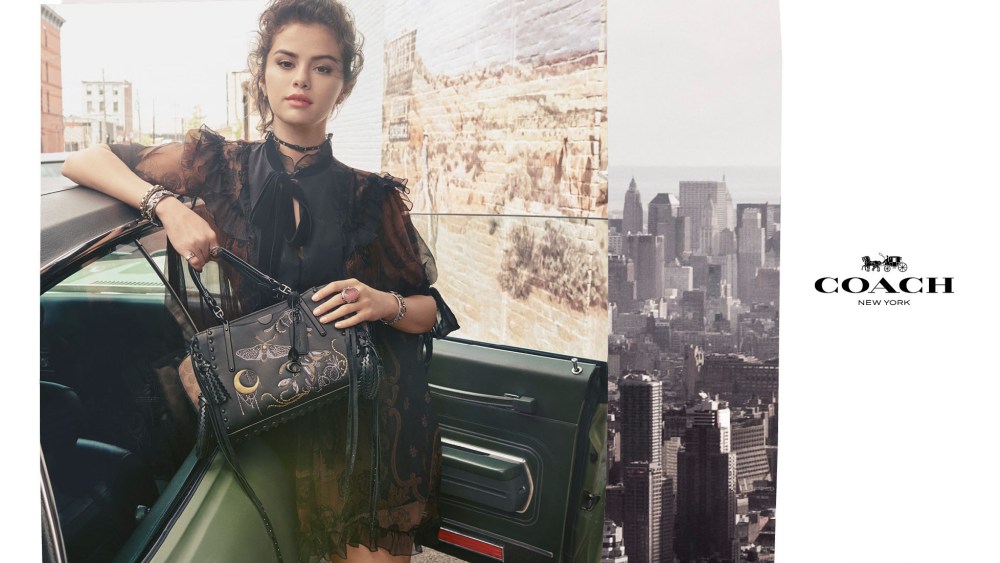 Selena Gomez is back for the third time as the face of Coach’s advertising campaign.

For fall, the singer and actress will be featured in a series of images alongside other brand ambassadors including Japanese actress and model Kiko Mizuhara, Chinese actress Guan Xiaotong and Chinese actor Timmy Xu.

This global casting is intended to speak to New York’s melting pot of cultures, which is a constant source of inspiration to Coach’s creative director Stuart Vevers.

Gomez and the Coach “gang” are photographed lounging on vintage cars on quiet streets around the city where street art and murals serve as a backdrop. Prairie dresses, teddy-bear shearling coats and fringed leather jackets along with the brand’s signature accessories including cross body bags and rucksacks are among the pieces featured in the ads. Gomez is pictured carrying the Dreamer bag, a new silhouette featuring a Coach signature print, embroidery and leather detailing.

“I love the way that we have pushed the Coach gang further this season to be more unique, diverse and just overall cool in their attitude,” Vevers said. “It’s how I see people here in New York enjoying wearing clothes and just feels really relevant to me.”