This year the lull appears particularly pronounced, to a degree self-inflicted by retailers and one that is bound to impact margins. 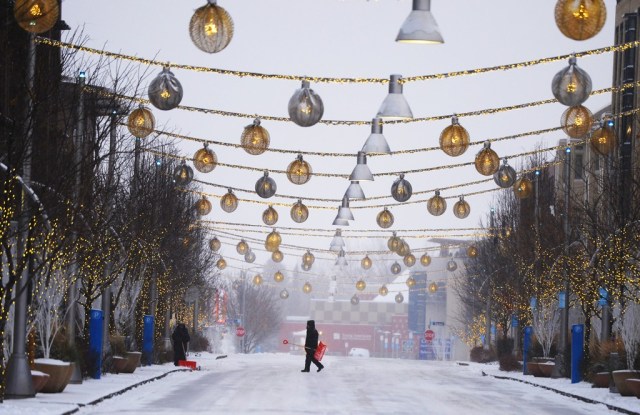 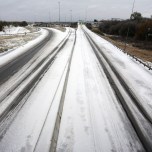 Retailers are mired in “consumer fatigue” — and it’s a pretty bad case.

This story first appeared in the December 10, 2013 issue of WWD. Subscribe Today.

There’s always a lull in shopping from right after the Thanksgiving/Cyber Monday rush to about 10 days before Christmas. But this year the lull appears particularly pronounced, to a degree self-inflicted by retailers and one that is bound to impact margins.

In November, many stores ran steep markdowns across a wide spectrum of merchandise and then kept the discounts going over a greater number of days, in a strategic shift from years past. The cacophony drew shoppers through Thanksgiving but then consumers had enough, and last week’s ice storm further hindered shopping in many areas of the country.

Consumers aren’t likely to start hitting the malls again en masse until about a week before Christmas when they’re eager to find last-minute gifts, and retailers get crazy again with discounting to move merchandise. They’ve already stepped it up.

“Planned markdowns are being extended longer than they were planned,” said Bill Taubman, chief operating officer of Taubman Centers Inc. “Margins are a little worse than planned, not dramatically worse. That’s my gut feeling.” Taubman characterized last week’s business in the malls as “pretty flat” and “surprisingly uneven,” with little consistency in shopping patterns at A or B malls.

“Because of the weather, it’s hard to say whether the lull is deeper than last year’s,” said David Jaffe, chairman and chief executive officer of the Ascena Retail Group. “Mother Nature smacked us pretty good.”

Ascena, which operates the Dress Barn, Maurices, Lane Bryant, Catherines and Justice specialty chains, has many stores in strip centers. “When the weather is bad, people are more hesitant to come to strip centers,” Jaffe said. “They’d rather go to a mall where there’s indoor parking.”

While there’s some difference of opinion over how deep the lull is, there’s a consensus that between all the early discounting and having six fewer days between Thanksgiving and Christmas, the outlook on margins is getting worse. Macy’s Inc., for example, projected pressure on its gross margin in the fourth quarter but hopes to be able to offset that with lower expenses. Aéropostale Inc. and American Eagle Outfitters Inc. reported lower margins in their third quarter, while J. Crew Group Inc. also reported lower margins due to the intense promotional environment but made it up with increased revenues to lift profits.

Analysts are expecting some gross margin attrition at Gap Inc., while J.C. Penney Co. Inc. ceo Myron “Mike” Ullman 3rd recently said the chain is “putting back in place the components necessary to return to historical gross margin levels [and] we’ve reinstated the engine of profit margin growth by getting our private brands back in stock.”

Retailers also agree that this retail holiday season is one of the strangest ever, marked by dramatically different shopping patterns spurred by new retail tactics, the shorter calendar and discounting getting stretched out, with December expected to be more promotional than November.

“We still feel we’ve got the right fashion. Even though it’s a shortened window, we think the customer will come in,” Jaffe said. “As we have been saying all along, since back-to-school, it’s an exceptionally promotional season and the reason behind that is that we have seen over the last year a shift to [spending on] durable goods — car sales, home sales or home improvement, washers, dryers, flat screens — that is pushing customers away from discretionary spending like apparel. Overall, it’s a very difficult season.”

“None of this hyper-promoting comes without the consequences of lower margins,” observed Mark Cohen, Columbia Business School professor. “There’s less consequence for retailers who off-load some of the margin loss to their vendors. It’s more so to retailers who take it on their chin, the teen retailers and the monobrands who are all promoting out of their own wallets. Macy’s, however, has some partnerships with respect to branded goods.”

“The lull has deepened every year since the recession,” said Craig Johnson, president of Customer Growth Partners. “There’s been weakness almost across the board, Dec. 1 to date and promotions are often intensifying. If it was 40 off, it’s now 50. The week ending 12/21 will be big, but it is entirely possible that Christmas to New Year’s will be the second biggest week, possibly number one for the first time ever.”

“People are comparison shopping, waiting out for the best deal. That means margins are going down,” said Natalie Kotlyar, partner at financial services firm BDO USA and retail and consumer product industry group leader. “Vendors are cautious about their profits and concerned that they will see margin erosion.”

“Margins are going to be lower — guaranteed. Everyone is forecasting lower margins,” said a retail chief, who requested anonymity. “It’s not great out there. People are going to wait” to shop for last-minute gifts. “That’s true every year. People wait and wait and wait. Stores mark down and mark down. It’s the same game every year. This year happens to be a little more challenging.”

The fatigue is a long-standing phenomenon that gets exacerbated when retailers trigger deeper discounts across more of their inventory, explained Cohen. “Back when Black Friday was used to kick off the season, retailers typically heralded the day through a handful of strikingly lower-priced items to drive a big crowd through the doors. Now events start sooner. The promotional content is completely opened up. The hype has become more powerful. Everybody was at 30 to 40 percent off this year, and there was an enormous amount of inventory offered at 50 and 60 percent off in the week of Thanksgiving.

“This year, it’s going to be the week before Christmas before business picks up,” he continued. “It will pick up slowly and inconsistently and will only pick up because of heroic discounts being offered, the kind that typically were held for the week after Christmas. This is madness. The problem is if you were 50 or 60 percent off, what do you do now? All of the inventory — apparel and electronics — has to be sold in the next month or two,” before it all gets obsolete. “Discounts are going to deepen and sales on entire stocks are going to be more prevalent. If you go back to 30 percent off, you are in a dead zone.”

Mitchell Modell, ceo of Modell’s Sporting Goods, said November sales were up 19 percent and the cold weather has boosted sales of outerwear, fleece, boots and cold-weather accessories. “The weather has really helped our apparel sales,” he said. Customers today are “looking for values,” he said. “It doesn’t have to be cheap, it just has to have value and we have some great values in the store.” As a result, Modell said he believes Modell’s is “positioned for a great December.”

Tim Ryan of Harley’s men’s store in Shorewood, Wis., said the storms that ravaged the Midwest over the weekend didn’t hit his area until Sunday, sparing the strong Saturday business from being impacted.

Overall, he said the holiday season has started off well for the store, with a jump in business the week before Thanksgiving as well as on Black Friday and Small Business Saturday. He said results of the small-store initiative were a bit “diluted” this year, however, because American Express cardholders who used their credit card at independent merchants only received a $10 reward, down from $25 last year. “But we’re already ahead of last year’s numbers for December,” he said.

But Jeff Edelman, director of retail and consumer products advisory services at McGladrey, said, “This is the first time I can remember that the stores themselves are saying sales are not as good as it could have been. Usually retailers are more positive.”