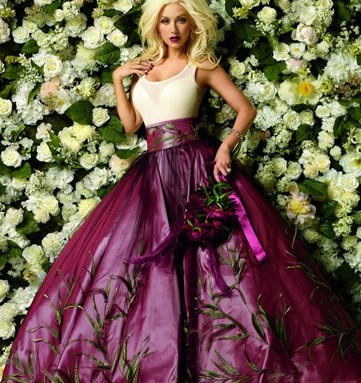 It was one of the company’s first national advertising initiatives and the campaign was an immediate success. It was one of the most recognized spots to air during the Emmys, in addition to the rest of that fall season, according to Martine Reardon, executive vice president of Macy’s national marketing, events and public relations. “We have had a tremendous response from consumers,” she says. “Fortunately—or unfortunately [for me]—I have been the recipient of hundreds of e-mails from happy consumers, saying they love the commercials and plan to shop at Macy’s.”

But she is cautious about calling this a celebrity marketing campaign and even more reticent to refer to them as celebrity endorsements. With regard to their apparel lines, she points out, “These are employees of Macy’s. And we don’t always want to go with recognizable names. We are a house full of brands and we are trying to show our breadth, from conservative to edgier and funkier items from, say, Sean Combs,” also known as Diddy.

She says the initiative is “close to the being the biggest campaign we’ve ever done,” although Reardon declines to discuss specifics. Agency of record JWT New York tapped the Academy Award-winning director of Rain Man, Barry Levinson, to direct all the ad spots which, incidentally, marks his first time working on a national television commercial campaign. For spring, Macy’s added Carlos Santana, Gabriel Aubry and Mariah Carey, and the company plans to keep the campaign going for fall.

“We are working on ways to keep it fresh every season, such as adding new faces, and Macy’s also recently introduced a Spanish-language spot, airing on networks such as Telemundo,” says Reardon.