Story Pitches From Taboo to Hilarious

It's bigger than a bread box and even tougher to get one's arms around. 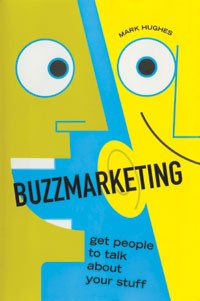 NEW YORK — It’s bigger than a bread box and even tougher to get one’s arms around.

Buzz, nonetheless, is well worth leveraging as a marketing platform, advises author-consultant Mark Hughes, whose new book, “Buzz Marketing,” is slated to be published July 11 (Portfolio: $23.95). But in acknowledging the ephemeral nature of word-of-mouth messages, the 40-year-old chief executive officer of consultant Buzzmarketing admitted the ability to do so in any given situation is far from a sure thing.

Comparing the experience of buzz marketers with that of baseball players, Hughes said: “Even the best don’t get on base 100 percent of the time. You’ll have great successes, but you won’t get on base every time.”

The fuel for buzz’s engine, Hughes advised, is the spread of a story that sparks action — whether that story arises naturally or through a series of planned efforts. Though stories that arise on their own generally carry more credibility and clout, those that are sparked via strategic campaigns can prove effective, as well.

“As marketers, we’re all very self-indulged,” Hughes said in a phone interview last week. “We think people are seeing our ads and talking about us and that’s really not the case,” contended the former executive of Half.com, Pep Boys and Pizza Hut. “Marketers need to give people a story to tell.”

Two fashion stories well told, in Hughes’ eyes, are those of Rit dye, which he credits for spurring the tie-dye phenomenon of the Sixties, and Marc Jacobs, who, he said, turned an unfortunate event — the shoplifting of its goods by Winona Ryder — into marketing moxie.

In the latter case, by tapping two of what Hughes writes are the six buttons of buzz — the outrageous and the taboo — Marc Jacobs, the author said, raised the talk value of the brand. “When Marc Jacobs hired Winona Ryder as a model for the ads, the story became, ‘Not only is she a thief, but she’s a spokesperson,'” Hughes said in the interview. “It gave people something to talk about at the watercooler.”

Joining the taboo and the outrageous among the six big buttons of buzz, Hughes writes, are the unusual, the hilarious, the remarkable and the secrets (both kept and revealed). “Push any one of these buzz buttons, and you’ll give people the currency to start a conversation,” he advises in his upcoming book. Of course, the more buttons pushed, the better the chances of triggering talk.

Although the tie-dye craze of the Sixties appeared a grass-roots phenomenon, it sprang in part from a Rit dye buzz campaign that featured visits with fashion editors in Greenwich Village; the offer of free T-shirts at the Woodstock festival, and inspiring Halston to do tie-dye fashion, including takes for Cher, Catherine Deneuve and Ali MacGraw, after 23 other designers had rejected Rit’s advances of the notion.

But is all buzz good buzz? Could the Ryder gambit have backfired on Jacobs? That, said Hughes, depends on whether there’s something tangible to lose, such as the cost of a movie ticket or the risk of an exorbitant fee for a car in need of repair. For example, Hughes contended, “I think movie reviewers have less and less impact these days, unless they’re bloggers. Everyday people have increasing impact,” he continued, noting the rising and rapid influence of cell phone conversations and text messages about movies just seen. “‘Madagascar’ is racking up the big bucks, and it’s not getting great reviews.”