Retailer has built a hip image on top of its promise of value in numerous venues and media outlets. 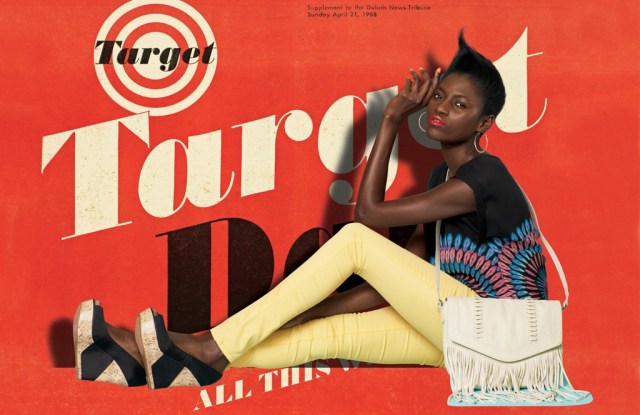 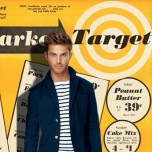 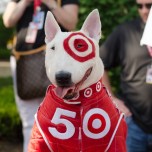 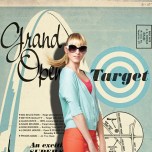 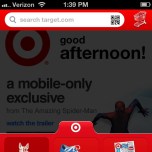 Target’s bull’s-eye and slogan “Expect More. Pay Less.” are part of a history of clever and memorable marketing and advertising from the discount retailer.

But when it comes to its own ad strategy — with more than $1.5 billion spent last year — pinching pennies is not a goal.

This story first appeared in the June 25, 2012 issue of WWD. Subscribe Today.

As one observer put it, while “ ‘Expect More. Pay Less.’ is the outgoing message to consumers, the internal one must be ‘Go big or go home,’ because the company is almost always looking to make a big splash in the media.”

The company has also strived to raise the hip factor in its communication with customers — which could be a point of differentiation from its competitors in the mass universe — and continually turns up in unexpected places.

For example, when Target sponsored the CBS reality show “Survivor,” it didn’t just run commercials. It made sure a Target bull’s-eye parachute fell on the island where the players were camped, during every episode.

The brand was the first to sponsor an ad takeover in The New Yorker. In 2005, Target reportedly paid approximately $1 million to have the run of the weekly. Target got creative, asking artists, including Ruben Toledo and Milton Glaser, to produce illustrations to salute the people of New York City.

Bullseye, the English Bull Terrier with the red logo around his eye, made his appearance in a 1999 TV ad and went on to star in numerous campaigns and walk the red carpet. In 2006, he became the second dog ever to have his likeness re-created in Madame Tussauds Wax Museum.

A few years ago, Target had somewhat of a train obsession. It was one of the first brands to wrap New York City subway cars with its popular bull’s-eye. According to the Village Voice, the ad campaign generated $250,000 in ad revenue over the six weeks they ran. The stunt reportedly took three days to complete, with the aid of computer imaging software. In 2006, it wrapped train cars shuttling visitors between venues at the Winter Olympic Games in Turin, Italy — exposing the brand to thousands of people who had never even heard of the retailer —without any plans to open stores in Europe. But it got plenty of exposure on media outlets in the U.S. and around the world.

And then there was Target’s “vertical” fashion show, with models wearing Isaac Mizrahi for Target (the line was discontinued in 2008) rappelling down the face of 30 Rockefeller Center.

But it isn’t all stunts and showstoppers — much of Target’s budget is spent on a continuing slate of advertising that has evolved over time.

There has been some significant changes in the advertising department. Michael Francis, chief marketing officer, left Target in October to join J.C. Penney Co. Inc., from which he resigned on June 18. Target in January dropped its longtime ad agency Wieden + Kennedy. The move, according to experts, was related to Francis’ departure.

Shawn Gensch, senior vice president of marketing, said the company is always exploring new ways to reach its customers. “We aim to be a reflection of our guests’ lives and try and move with the changes that happen over time. I think the last two decades really show how the brand can respond. And it’s often with that iconic music, bright color and the happiness factor.”

In between Target’s big marketing moments, it’s these themes — iconic music, bright color and the “happiness factor” — that provide a level of continuity to its ad campaigns and initiatives.

Its popular “Hello Good Buy” commercials from 2008, set against the Beatles tune, focused on the simple act of gift-giving, but it was done with bold color and punctuated sounds that matched a feeling of joy.

The brand’s new “Color Changes Everything” commercials, set against the spirited tune “Alouette,” had a similar effect. Plain black outfits were magically turned into colorful ensembles. A girl with no makeup was given a split-second makeover. “This sounds simple, but it’s not always an easy thing to do,” said Gensch.

And then there are ads dedicated to partnerships with designers such as Missoni and Jason Wu, which have taken on a life of their own on the Web. In Wu’s commercial, the designer steps out for coffee and a mischievous black cat puts a few finishing touches on his collection for Target.

In the colorful Missoni ads, Margherita Missoni, the eldest granddaughter of the company’s founders, is the star of a Sixties fashion caper that has her sneaking around the city, coming across products and clothing from the collection. When that collection launched on target.com, it wasn’t long before the site was overwhelmed by visitors and went down for a few hours.

Customers who had been waiting for months to buy the products blogged, tweeted and e-mailed their frustration. Gensch acknowledged the “service blip” but said nothing like that has happened since, and it probably won’t happen again.

“Our brand plays very well with fashionistas in the social space,” said Gensch. “There was general excitement about this product, and we built our advertising around that. Sometimes, the concept is so exciting that it takes on a life of its own on the Internet.”

That happened, in a big way, when Target launched its controversial campaign featuring a hyper middle-aged woman preparing for Black Friday. She is seen lifting weights and shopping baskets and doing sit-ups. She’s timed herself wrapping Christmas presents. The character now has Facebook pages devoted to her, and there are copycat spoof commercials on YouTube.

While she clearly has fans, she’s also turned off a fair number of customers that are annoyed by her shtick. Gensch didn’t reveal where he falls in the “Christmas Champ” debate.

“We are a brand that is constantly evolving, and for us to have a campaign year after year is surprising,” he said. “There is a pretty short retail window and unreasonable degree of excitement that Target understands. She was reflective of the time.”

He declined to talk about Target’s upcoming holiday campaign or whether the Christmas Champ will return, but he said the 2012 holiday season ad push will have big ties to social media.

Perhaps that is a clue of what to expect next. Target has made waves on the Web — with more than 14 million “likes” on Facebook, 329,000 followers on Twitter and an early presence on Pinterest — but it’s looking to build on that in the coming months.

“It’s where we are having more of a conversation with fans of Target,” said Gensch. And those conversations are about more than the latest discount or ad campaign. “We recently had a Twitter chat about corporate responsibility,” he added. “It was pretty active, and we had a lot of response to it.”

The conversation continues in its online magazine, A Bullseye View, with daily news updates and features related to Target products and partnerships. “It’s a behind-the-scenes look at Target,” said Gensch. “We are an approachable, relatable brand and that’s reflected on this site.”

And while its social outreach may not be as big as a New York City subway car covered in its trademark bull’s-eye, one can only expect that a big splash in social media is coming soon.