The Dangers of Tween Marketing

NEW YORK — The increasing commercialization of children’s culture is coming at an ever-escalating cost.

So says Juliet B. Schor, sociologist and author of the just-published book “Born to Buy” (Scribner,... 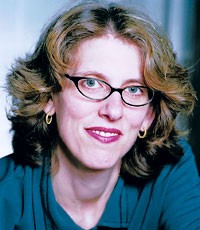 NEW YORK — The increasing commercialization of children’s culture is coming at an ever-escalating cost.

This story first appeared in the September 22, 2004 issue of WWD. Subscribe Today.

So says Juliet B. Schor, sociologist and author of the just-published book “Born to Buy” (Scribner, $25).

It’s not exactly news that youth marketing has become big business, but the toll it is taking on America’s children is eye-opening. The more invested kids are in the values of consumer culture — say, the importance they place on owning various brands or on being cool — the more likely they are to suffer social, psychological and physical problems, Schor related in a talk titled “The Commercialized Child and the New Consumer Culture,” which she gave here last week at Demos, a group that bills itself as a network for ideas and action. Those deleterious effects, she noted, include low self-esteem, depression, anxiety, boredom, headaches, stomachaches and greater difficulties getting along with parents.

Schor’s findings came while she was researching “Born to Buy,” an effort that included her survey of 300 Boston-area children, ages 10 to 13, about the roles of consumer culture and media in their lives. The writer, a sociology professor at Boston College, gathered information about the group’s attitudes toward their possessions, spending and media use, and subsequently examined how those tweens and early teens characterized their own happiness and stress levels.

“Youth marketing is now the Ground Zero of consumer culture,” Schor asserted. “In the old days, it was a backwater in the marketing industry.” Today, in contrast, the only consumers being equally sought after with such a concerted effort, Schor posited, are adults targeted by purveyors of prescription drugs. “You may think it’s the same as Captain Kangaroo selling Schwinn bikes to kids in the Fifties, or Tony the Tiger [hawking] Frosted Flakes, but it’s not,” she added.

In the past 15 years, for example, marketing dollars aimed at children have rocketed to $15 billion a year, up from $1 billion or $2 billion annually in 2000, Schor recounted. At the same time, the buying power of kids ages four to 12 has climbed to $30 billion a year in direct purchases, up nearly fivefold from $6.1 billion in 1989, even as they’ve attained a greater influence over parental spending of another $670 billion annually.

“There are between 30,000 and 40,000 commercials a year aimed at kids,” said Schor, also the author of “The Overspent American” and “The Overworked American.”

That translates to roughly 100 commercials a day. This massive assault on youthful sensibilities is creating a more commercialized childhood than ever, one in which kids have become more brand- and product-conscious than they were as recently as two decades ago, pointed out Schor, a specialist in consumerism and family studies.

“Kids are processing more commercial messages a year than adults are,” she related.

It’s not simply a matter of fatter marketing budgets and more numerous campaigns, but an unceasing expansion of the venues in which marketing salvos are launched at children that have made them significantly more intrusive — and more harmful, in Schor’s view — than they were as recently as the Eighties. It’s not unusual for teens to attend high schools at which the hallways are dotted with vending machines for Coca-Cola and Snapple, and where learning materials are sponsored by corporate ads such as Toyota’s four-page pullout in a Time Inc. student edition.

Meanwhile, peer-to-peer marketing has grown ever more insidious. Companies are increasingly paying tweens and teens for a range of marketing endeavors, from throwing parties at which youths promote a brand’s products, to attempting to influence their contemporaries by agreeing to wear a particular piece of apparel to school.

Indeed, Schor in “Born to Buy” estimates that 80 percent of brands need a strategy to lure tween customers, ages eight to 12, if they expect to create brand loyalty — and that, by the age of three and a half, children begin to believe that brands help them communicate their personalities, a trend that continues throughout their development. Moreover, youths’ increasing identification with objects, including fashion brands and apparel itself, is eroding the foundation on which they would otherwise build a healthy sense of self-identification, she contends.

Chief among the culprits, in Schor’s view, is a breakdown of boundaries between childhood and adulthood. American culture, she claimed, has morphed from one in which parents were, to varying degrees, gatekeepers of what their children consumed into one characterized by parents with an E-ZPass mentality. In the past 25 years or so, the effects of this zip-it-on-through syndrome, as Schor put it, have found form in everything from adult-like designer fashions for kids to rising levels of violence and sexuality in youth-oriented video games, TV shows and movies, as well as in marketing itself.

“There is no simple solution,” Schor acknowledged. One starting point, she advised, would be to pick up a conversation begun in the late Seventies that contemplated at what age children understand how to process ads aimed at them. Too, the author — like many others —called for a significant reduction in youths’ media consumption, and for the replacement of what she termed a “culture of confinement” with one in which children are encouraged to spend more time playing outside — and less online, on cell phones, playing with video games or watching TV.