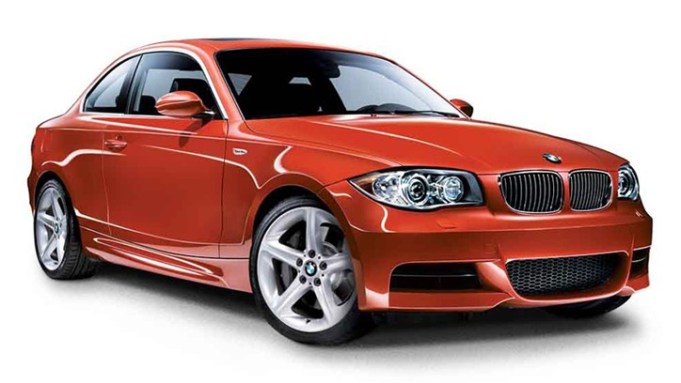 With deep holiday discounts extending into January, shoppers battered by the recession aren’t likely to buy much at full price for spring and beyond, particularly when they can find lower-cost near equivalents.

“This is a moment in time when you have to wow people for the price,” said Candace Corlett, a principal partner in WSL Strategic Retail, echoing the “wow” word that’s associated with “price” in a current Target TV spot. “That’s what H&M does: a great piece for $79. Highly recognizable brands can do that.”

The bottom line is that fashion consumers are reevaluating what they think goods are worth.

Unless they’re hooked by a discount or a significant value — something well made and well priced — many shoppers could stay on the sidelines for much of the year, marketing experts and consumer analysts said. That will keep the pressure on retail profit margins, as lowered forecasts for Wal-Mart Stores Inc., Macy’s Inc. and Gap Inc., among others, confirm.

A resumption of robust buying will also hinge on the emergence of “pent-up demand” for apparel, spurred by growth in jobs and wages, the kind of purchase consumers with ample closets can postpone, said Marshal Cohen, chief industry analyst at the NPD Group. However, an employment-based shot in the arm from President-elect Barack Obama’s economic stimulus plan is unlikely until at least the fourth quarter, economists predict. Federal Reserve chairman Ben Bernanke said Tuesday that more “strong measures to further stabilize and strengthen the financial system” are needed for a lasting recovery.

The public is “a bit mercenary,” said Marian Salzman, chief marketing officer at Porter Novelli. “We’ve read of retailers’ troubles and want to exploit it. We know they’re stuck with the goods. Price is elastic, and we’ve learned that means down as well as up.”

A case in point: the shopping experience of retail anthropologist Paco Underhill, on the hunt for a favorite pair of Ecco classic, casual slip-ons. The first time Underhill bought the shoes, seven years ago, he paid $155 for them at an Eneslow shoe store in Manhattan’s Flatiron district. The next time, three years ago, he paid $79 at a DSW store in Battery Park City. Three weeks ago, they were just $23.99 when Underhill bought them at the same DSW. “Am I ever going to pay $155 again?” he asked rhetorically.

“We are watching the evisceration of the concept of value,” Underhill said. “The only thing people will pay full price for again are crafts: unique artisan products. No one understands the concept of full price anymore. We are addicted to the sales.”

Items on the short full-price hot list envisioned by Michael Silverstein, a senior partner at Boston Consulting Group and author of “Trading Up,” include must-have watches, special jewelry pieces and the relatively few hot cars. Nonetheless, Silverstein said, “My guess is consumers will buy very little at full retail price for 2009. This holiday season, consumers learned if they hold their breath, the prices will drop.”

In today’s shopping environment, Salzman said, “cash is king” and consumers who have it are increasingly negotiating for the best deals they can get. “Price is going to be an extraordinary factor,” she predicted. “We’ll never pay more than we want to.”

Some are anticipating a fundamental change in the world of promotional pricing, now roamed by shoppers newly skeptical about the original cost attached to a growing array of products.

“People want to wear as a badge of honor — a sense of themselves as being wise by saving money,” said Robert Passikoff, president of Brand Keys research consultancy. “But a greater reckoning is coming. A lot of the promotional [sales] toolbox is going to go the way of the dodo,” he added, alluding to the likelihood of lower initial price markups.

Recalling his recent decision to buy a pricier white cotton shirt at Nordstrom rather than a less expensive one at Macy’s, Brent Green, a Denver-based, generational marketing specialist said, “People would pay in full for something they need that they can’t get elsewhere.”

Noting he spent $50 for the Nordstrom shirt instead of $25 for a similar item at Macy’s, Green said, “It’s a shirt that travels well, a staple in my wardrobe that has stood the test of time. I needed to have it. Basics like this will tend to hold their prices.”

With the difficulties of retailers, shoppers may have as much as 20 percent fewer stores to visit by July, said Underhill, who is a managing director of Envirosell consumer consulting. “There are many chains that aren’t going to exist in six months,” he said. To stop the bleeding, retailers will have to become accountable first to their customers, rather than to their boards of directors, the consultant suggested, acknowledging that will require “a fundamental shift.”