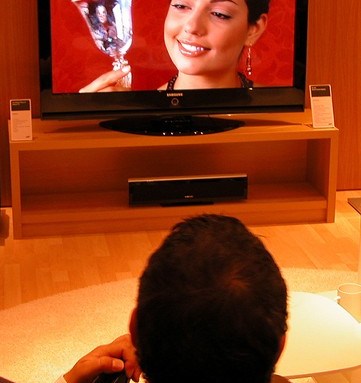 With consumers holding on to their cash, low prices and blow-out sales alone will not be enough to spark purchasing during the worst recession in decades. They could even be a downright turnoff to some people, suggesting a price was far too high to begin with, or calling an item’s quality into question.

Creating a sense of stability, reassurance, escape or even optimism in store environments and marketing messages will be more effective in courting customers in 2009 than simply imparting a sense people will be buying things on the cheap, marketing executives and trend forecasters said.

Unbridled consumerism appears to be over for now. As unemployment hit 6.7 percent in November, the personal savings rate for the month rose to 2.6 percent of disposable income, compared with 1.1 percent in the third quarter of 2008. Joel Naroff, chief economist at TD Bank, expects this rate to hold firm and possibly rise through June.

Stores catering to the affluent, such as Neiman Marcus and Brooks Brothers, have reported significant declines in holiday business versus a year ago, underscoring that the high-end sector is no longer insulated from the wounded economy. And to judge by the broader shopping scene, many merchants are fearful that without discounts of 40 to 60 percent or more, the goods just won’t go.

“Retailers are in a total panic,” said Gobe, whose clients have included Ann Taylor, Victoria’s Secret and Brooks Bros. “The retail response has been to cut prices and lay off employees. When I get an offer of 60 percent off from Banana Republic now, I think they really must have been taking advantage of me before.” Marketers ought to start communicating with customers as if they are friends, he said, suggesting the most important thing for brands to do is to “use the Internet to be transparent — not in an aggressive promotional way, but in explaining who they are.”

Of course, price still counts for a lot. According to a new study by Young & Rubicam Inc. advertising, price triggered purchases of 80 percent of 2,500 brands people bought from 2004 through the first quarter of 2008, well before onset of the economic crisis last fall.

Lou Amendola, executive vice president of merchandising at Brooks Bros., said he’s concerned about spring business, which will follow a holiday season in which consumers got used to finding designer apparel, accessories and footwear that was heavily discounted.

“Brooks Brothers doesn’t consider itself a designer brand, but I do think this is going to affect every retail store,” Amendola said. “They may not buy much of anything in the spring season.”

Daily customer surveys at Wal-Mart stores in recent weeks are indicating that more customers are shopping the world’s biggest retailer with increasing frequency as they see “we are broadening the price gap” with the competition “especially on basics throughout the store,” said John Simley, a company spokesman.

With shoppers resistant to parting with their money and better informed than ever, “the consumer is more confident in their choice, but they need to be swayed more,” noted Tom Julian, president of marketing agency Tom Julian Group.

A sense of fun, for instance, could appeal to the newly frugal, bringing a lighter side to the act of saving money. Marketing an affordable new take on a classic product like Tide Total Care detergent can telegraph the message “washable is now fashionable,” said Cheryl Swanson, president of Toniq, a brand image developer.

The product label’s list of signs that clothes are well taken care of, such as shape and color retention, is one signal that an item’s fashion can extend to its maintenance, Swanson said. So is the bottle, which is more streamlined than other Tide products, and the pearlized orange color of the container, which affords an air of the premium. Tide Total Care’s presence in “well-designed, eye-catching, endcap shelves” at Target stores, for instance, doesn’t hurt either, she added.

Fashion items at a Goodwill thrift store in Washington, D.C., for example, are modeled in fashion show videos there, in an appeal reaching beyond the price tag on the garments, said J. Walker Smith, president of market researcher Yankelovich.

“A lot of what’s going on is driven by uncertainty about [future finances], more than individual budgets,” he said of the distressed shopping scene.

During December, trend forecaster Irma Zandl found a growing number of people describing the recession as something akin to an overdue wake-up call and characterizing their consumption as out of touch with reality.

“There’s a sense of ‘What have I been doing?’” Zandl said, noting talk of this sort has been building quickly in her group’s biweekly polls and in anecdotal conversations, after surfacing via in-depth interviews with 80 women in September. “The average person’s debt from credit cards, mortgages and cars feels every inch as toxic to them as the banks’ billion-dollar debt.”

The final month of 2008 also saw a seven-year high of people saying they were buying apparel based “on price,” said Pamela Goodfellow, a senior analyst at BIGresearch. One in four said their purchasing decisions were hanging on sale prices and one in five said high prices were reason to shop elsewhere.

“We’ve seen declines in purchasing in all three channels — the stores, the catalogue and the Web site,” said Ginger Reeder, vice president of corporate communications at Neiman Marcus Inc. “It’s too soon to tell if it’s the shock of the economic crisis, heavy promotional activity, the presidential election — any or all of these things. We’ve been more promotional than usual. It’s going to take getting out of the holiday period to figure it out.”

Trend savvy young adults in their 20s and 30s who are considered tastemakers are transforming into bargain hunters with changing fashion purchasing priorities, as they hedge their bets for the best prices and look to pay an average of one-third less than a year ago, Zandl said.

“They’re not necessarily buying the cheapest item,” she said. “Instead, they are playing a game with the retailer to see how low prices will drop before they land the deal. They are touting their frugality, along with their tech smarts, in ferreting out favorite brands on sale.”

One-hundred young adults polled by Zandl Group for WWD indicated their spending was down by an average of 35 percent across a dozen products versus a year ago, including jeans, professional attire, clothes for a special occasion, footwear, fragrance, cell phones and video games. They’d spend around $50 for a pair of jeans compared with $73 in 2007 and $67 on apparel for a special occasion, versus $101, for example.

Thrift shops and Craigslist are drawing more of these shoppers in their 20s and 30s who are cutting their budgets — some of whom now think even moderate-priced fashion destinations like Hennes & Mauritz and Forever 21 are too expensive, according to the Zandl poll.

The new sense of frugality is also playing out in efforts to repair and restore things like clothing and furniture instead of replacing it; shopping more often at sample sales, online off-pricers and auction sites like Bluefly and eBay; enjoying public spaces like museums, parks and free concerts, and using things already on hand, such as the books people own, said Swanson of Toniq.

“It’s much more about what’s going to make me feel good than it is about finding something cool, trendy or frivolous,” she said.