Timex Aims for $1B Mark 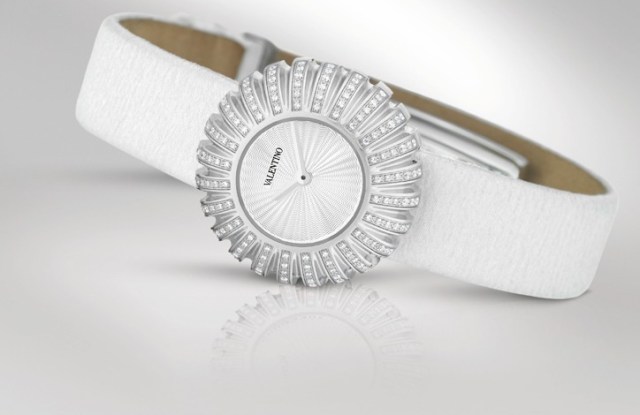 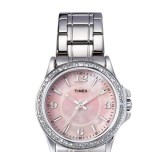 Hans-Kristian Hoejsgaard has hired a new executive team and set the firm’s to-do list, and now the new president and chief executive officer of Timex Group wants to turn the company into a billion-dollar global enterprise.

This story first appeared in the August 4, 2008 issue of WWD. Subscribe Today.

Since joining Timex in February, Hoejsgaard has spent the last few months reorganizing his top team and setting goals, namely establishing the Timex brand division as a separate business operation from Timex Group and focusing on the high-end market through the group’s luxury divisions.

“The staff announcements we’ve made are a reflection of our new strategy after my first 100 days,” Hoejsgaard said. “We are intent on making Timex Group a real group and making the marketplace understand that Timex is 15 different brands. Timex as a brand is important and the priority there was to appoint a president of that business. It’s always been its own operation, but it didn’t have its own management structure. Our second priority is Timex luxury groups, which includes the licenses for Valentino, Ferragamo and Versace.”

In February, Hoejsgaard named Adam Gurian as president of the Timex Business Unit, overseeing the namesake brand that accounts for one-third of the company’s $700 million volume. According to Gurian, past Timex Group ceo’s have managed the Timex Group and brand, which has contributed to the brand’s less-than-stellar earnings in the last five years. While Timex Group’s Sequel division, which houses the Guess collections, has grown tremendously to rival Timex as the firm’s top earner, the signature brand has been flat. Since his hire, Gurian has undertaken major initiatives to bring the Timex brand back to the forefront of better-priced watches.

“One thing we’ve been doing is evaluating our product assortment and cleaning it up to focus on product in our strongest categories: fashion, sport and expedition,” Gurian said. “Those are the categories that have been iconic, key driving products within the brand. In the last few years, there had been a proliferation of product introductions and price points all over the board that didn’t hold value to the Timex brand name. So what we’ve been doing is honing in on key components of the offerings we can build off of. It’s critical to remain relevant to what the Timex brand is and that whatever we’re offering has some connection back to the brand.”

Gurian is also spending time and money evaluating the Timex brand’s marketing efforts and dislodging its old advertising strategy of marketing individual styles as opposed to the brand as a whole.

“We haven’t done anything to get the Timex name in front of people,” Gurian said. “It’s always been about the separate styles. And splitting dollars up has had a splintered approach to our marketing efforts. Now we’re pooling our dollars together to have a powerful impact on advertising and the consumer.”

Like the Timex Business Unit, Timex Group’s luxury segments are seeking their own opportunities for growth. In addition to Valentino, Versace and Ferragamo, housed collectively in the Timex Group Luxury and Vertime divisions, Timex Group manages another luxury operation, the Vincent Berard brand, which it acquired in 2006, and will start shipping the watches this month, all of which start at $75,000 retail.

A former president and ceo at high jewelry house Georg Jensen, Hoejsgaard is poising Timex as a luxury-driven licensing operation. Timex Group also holds the licenses for Versace and Guess jewelry collections abroad and is making the category a priority within the firm.

“Our partners have identified that once you are in the luxury fashion business, a natural next step is jewelry and watches,” Hoejsgaard said. “The consumer franchise of those brands is looking to expand their presence in luxury categories and it’s obvious to me that jewelry and watches are a natural step without going too far from a fashion standpoint. I expect more brands to look at it that way.”

The company also expects to catapult into the $1 billion sales range by pushing more deeply into international markets. Timex Group operates 58 retail stores in India called Time Factory and is looking to manage 100 total before the holiday season. Timex Group is a public company in the country, listed on the Bombay Stock Exchange and manufacturing watches for the region from its own Indian factory. The firm is also expanding into China, where the Ferragamo and Valentino collections will launch in September.

Hoejsgaard attributed two-thirds of Timex Group revenue to international business, citing Italy as one of its strongest overseas markets. Having such a global breadth is one reason the firm hasn’t felt the economic downturn in the U.S. market.

“So far, we have not been able to feel in our business what we read about in newspapers,” Hoejsgaard said. “I think our portfolio is so well balanced and all of our five business units are up over last year, in the U.S. and outside.”

Timex has 7,500 employees in the U.S., Brazil, France, Germany, the Philippines, China, Israel and India. According to Gurian, the Timex brand attributes 30 percent of its volume to international sales, but would eventually like it to be half.

In terms of domestic distribution, Hoejsgaard isn’t targeting any new stores, stating that such accounts as Wal-Mart Stores Inc. and Kohl’s Corp. are up 20 percent over last year. He said the opportunity to add more licenses to the Timex assortment is always being explored.�