To Choose or Not to Choose

If author-psychologist Barry Schwartz has his way, people will strip down their decision making and start choosing what to buy from a significantly smaller range of options, including the fashions they... 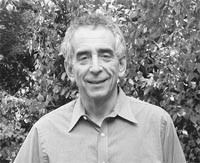 If author-psychologist Barry Schwartz has his way, people will strip down their decision making and start choosing what to buy from a significantly smaller range of options, including the fashions they currently consider. And that, in turn, would send marketers in search of a Holy Grail beyond the 20th century strategies of brand segmentation and product extensions, ploys whose appeal would be neutralized.

Although the scenario seems a nightmare in the making for marketers of most any stripe, it’s a dream scene for Schwartz, author of “The Paradox of Choice” (Harper Collins), who contends that, when it comes to most decisions, “people want virtually no choice.” In his book, slated to be published in January, Schwartz, a professor of social theory and social action at Swarthmore College, makes the case for why the expanding number of choices in all parts of Americans’ lives is a burden that constricts the personal freedom facilitated by a more moderate array of options.

The author begins his 288-page book, which is leavened with New Yorker cartoons, by sketching out the voluminous nature of options available to Americans. Schwartz tells of being overwhelmed when he shopped for a pair of jeans at Gap, for the first time in many years, and was confronted with numerous style permutations: slim fit, easy fit, relaxed fit, baggy fit or extra-baggy fit; stonewashed, acid washed or distressed; button fly or zip fly; faded or regular. He said he was “stunned” by the range of possibilities and the time it took him to try them, and especially so given the simplicity of his request to the sales clerk: a pair of blue jeans, size 32-28.

The truth, Schwartz relates, is he would have been happy with “regular” jeans — “the kind that used to be the only kind.” And the writer, who received a Ph.D. in psychology at the University of Pennsylvania in 1971, believes most people would be happier with a simpler palette from which to paint their lives, whether or not they’ve achieved the self-awareness to be conscious of this notion.

Schwartz began forming that principle while observing his highly intelligent and talented students at Swarthmore, many of whom, he said, “wind up serving coffee at Starbucks as they torture themselves trying to decide what to do.” Such people are members of a group the author calls “maximizers,” or people who expect to attain the best of everything. That trait makes it difficult for them to pull the trigger on various decisions and, subsequently, causes them to question the choices they do make.

The problem inherent in maximizers’ outlook is: How can they ever be certain a choice they made is truly the best, that there isn’t a better one they have yet to discover?

By becoming a “satisficer,” or a person whom he sees as willing to accept things that are good enough — who is satisfied with what will suffice — one diminishes the likelihood of harboring regrets about decisions and second-guessing. This, in turn, frees people’s energy to become engaged in purposefully chosen activities that bring them meaning, rather than in those that just distract them — say, surfing among 200 TV channels, yet failing to become engaged by any particular program.

“If I’m right, it means marketers are doing the wrong thing,” Schwartz acknowledged in an interview. “When people are overwhelmed by choices, they are left watching as all those things spin past them.” The result is that decisions such as whether to make a purchase are often deferred and sometimes abandoned — not the kind of behavior that makes marketers mirthful.

Schwartz cites various evidence of that pattern, including that found in people’s selection of incentives offered to answer surveys. When the rewards were either $1.50 in cash or a metal pen valued at $2, 75 percent of the sample group took the pen; but when two felt-tipped pens, with a combined value of $2, were added to the mix, most chose the cash — a signal, Schwartz said, the participants would rather not have to decide which pens they’d prefer. It’s for the same reason, he noted, that casual dress in the workplace has made it harder for many men to decide what to wear, men for whom what shirt and tie to wear with which suit was once the extent of their selection process. Today, they confront the blurred lines between business casual, dressy casual and smart casual styles, and the question of when each look is appropriate in a particular work setting.

Those types of scenarios lead the author to advise that people would be happier limiting their universe of choices to two alternatives in most cases — resulting in a simpler process, upping the chances of happiness by reducing the likelihood of second-guessing countless other possibilities and setting the stage for deeper engagement in and satisfaction with the selection made. The thinking recalls that of American transcendentalist Ralph Waldo Emerson, who counseled: “Life is frittered away by detail. Simplify, simplify.”

Schwartz, 57, personifies his philosophy of simplification, having held one job for his entire career (“the only one I applied for”) and remaining married to someone he dated when he was 15. “I’m a walking paradigm for the book,” he said with a chuckle, “even though I didn’t know it at the time those things were happening.”