With a mantra like “Make life one long weekend,” the brand manages to make even its marketing programs seem relaxed and effortless. 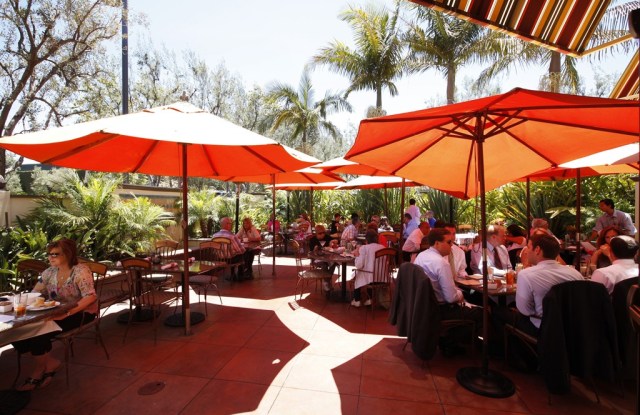 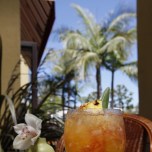 When a company emphasizes the lifestyle its customers lead as much as the clothes and accessories they wear, there must surely be a marketing machine working in overdrive. But with a mantra like “Make life one long weekend,” Tommy Bahama manages to make even its marketing programs seem relaxed and effortless.

“When you think about what a lifestyle brand really is, it really touches the five senses. You don’t think of a shirt or a pair of pants, you think of a place, and you picture yourself in that place,” said Rob Goldberg, senior vice president of marketing. “That’s one thing that we’ve done very well by doing stuff that we love doing. It just happened organically.”

Case in point: Last year, the company declared it was the official outfitter of National Relaxation Day — Aug. 15 for those who didn’t know — and is creating a petition to make it a national holiday. It has partnered with Princess Cruises for a vacation sweepstakes where the grand prize is a two-week trip to Hawaii.

The company will also celebrate the “holiday” at Yankee Stadium — where it has a stadium shop — handing out beach mats to the first 20,000 fans at the gate; conducting ceremonies on the field, and creating a brand environment on the suite level.

“We’re really getting the word out about National Relaxation Day and us. The idea of relaxation is missing in our culture right now. We want people to take a moment and slow down,” said Goldberg.

As the company has expanded from wholesaling to include more retailing, its direct-to-consumer programs have grown with it.

“We’ve always had a strong sense of ourselves and who we are. Universally, people knew us as a nonpromotional brand that just stood by its product. It’s much easier to go to market when you have that heritage to draw from. We really think our message of relaxation and the image that it conjures up for people is a huge differentiator for the brand, so it allows us to do stuff like this,” he said.

The company recently unveiled a pop-up relaxation lounge at The Grove outdoor shopping center in Los Angeles. Nothing was for sale; the space was simply an environment for an invitation-only crowd to have a drink, lounge on a Tommy Bahama sofa and mingle with the executives.

“This will probably happen mostly where there’s not retail, and generally where there’s a critical mass of people,” said Goldberg. “Just like what the restaurants do for the brand, that’s what this tent does. We can see this happening at the South by Southwest Festival or the Aspen Food and Wine Festival or the Maui Film Festival.”

With the word “lifestyle” becoming somewhat overused these days by brands in every category, Tommy Bahama aims to back up the claim.

“We’ve figured out how to talk to our consumer, and we’ve figured out what they respond to. We’re decidedly more dual gender then we used to be because it gives us a much stronger ability to tell the lifestyle story,” Goldberg said.

“There’s a travel story, there’s a getaway story, and there’s a romance story, too. It’s a romantic brand of people spending time together and being relaxed. Who doesn’t want to stick their feet in the sand?”

Recently the company began sponsoring paddle-boarding events. Participants can register at kick-off events at the restaurants, and at the event, competitors may be outfitted in Tommy Bahama swimwear.

“We think it’s a really cool dual-gender activity that speaks to who we are: active, but not extreme,” said Goldberg.

The company also puts on many events centered around food and drink, from dinners for the sports pros they sponsor (such as Huntington Beach Surf Open at their Newport Beach restaurant) or top customers.
Cocktail hour also moves into the stores for events such as swimwear fittings.

“From a marketing standpoint, I think we look at everything through that relaxation lens, and if it passes that, then we ask, ‘Does it fit into our world of understated, approachable luxury?” said Goldberg.

Of course, great marketing is the intersection of art and science. On the art side, in January the company enlisted vice president of creative services Ferdinand Van Alphen to bring the brand’s personality into its visuals.

“I’m a firm believer in communication with consumers in telling a story. There are so many ingredients in this brand that I don’t see translated in mailers and books. So what I did is basically dive into its history to see how it progressed and put together a narrative of who Tommy is,” said Van Alphen. “Who does he hang out with, what does he do? Sometimes it’s hard for people who have been with the company a long time to do that — they need a fresh look. Most of the ingredients are there already, it just needs a little shake up and a translation in a narrative story.”

The resulting mailers look like vacation scrapbooks-meet-catalogues, and the science comes in when deciding who should receive them and when. For instance, a women’s book was sent to coincide with Mother’s Day, communicating the idea that Tommy Bahama is a resource for women’s gifts.

Said Goldberg, “Great brands evolve and the ones that become legends are the ones that stay true to themselves. Great brands also reflect what’s going on in the marketplace and the world. You want to have your take on whatever is current.”