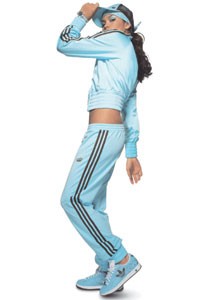 NEW YORK — American brands are losing some luster with teens around the world — and right here on their home turf.

Once dominant, U.S. labels now account for just half of the 10 brands that are favorites among teens globally, based on a new study entitled “GenWorld,” conducted by Energy/BBDO and obtained exclusively by WWD. That’s down from the eight U.S. brands that made teens’ top 10 in 1995, when Chip Walker, executive vice president at Energy/BBDO, last did comparable research on teens, for the former agency D’Arcy Masius Benton & Bowles.

“An association with the U.S. seemed to be a drag on the likability of brands, despite high logo recognition,” Walker said in speaking of such names as McDonald’s, Pepsi and Disney. “There seems to be a great ambivalence towards America among global teens,” Walker continued. “About half admire America, while half don’t.”

For example, McDonald’s, the second-best-recognized brand among teens after Coca-Cola, ranked as only the 32nd most popular among the 54 names evaluated by youths ages 13 to 18, while Disney, the ninth most recognized, rated 23rd in the popularity poll. Even best-known Coke came in as a relatively distant eighth favorite.

A wave of cultural nationalism abroad, a decline in the popularity of the U.S. among the world’s teens and youths’ growing use of the Internet are making some of the biggest American brands less popular with teens globally, experts said.

The findings came even as Polo/Ralph Lauren reported strong international growth in 2005, and unveiled plans to build a flagship in Tokyo, one element in the company’s strategy for Asia, where it has focused on Singapore, South Korea and Taiwan as well as Japan.

The “GenWorld” findings came via online and in-person interviews with 3,322 youths, ages 13 to 18, that were conducted last summer in 13 locales, including Mexico, Brazil, the U.K., France, Germany, Spain, Poland, Russia, India, China, Taiwan, Australia and the U.S. About 8 percent, or 266, of the participants were from this country. The group was given 54 brands, including five fashion names, to rate according to their awareness and favor of them.

During a recent trip abroad, generation expert Neil Howe perceived “a new cultural nationalism” rising in countries with strengthening economies, such as China and India, places, he said, “where kids are more excited about their national culture.” It’s also an environment in which U.S. brands tend to find less favor than in places where the local economy is weaker, added Howe, co-author with William Strauss of the just-published “Millennials and Pop Culture” (LifeCourse Associates, $49).

More broadly, said Geoff Meredith, president of consultant Lifestage Matrix, the widespread and frequent use of the Internet by teens to obtain and share information has served as a leveler for brands globally. “This is decreasing the inordinate influence American brands had 10 years ago,” Meredith stated.

In addition, Amanda Freeman, a vice president at The Intelligence Group, said, “Brand U.S. isn’t at its peak.” Freeman, a youth marketing specialist, noted American brands may be hurt by a sense among global teens that the U.S. has been meddling in international affairs.

Polo/Ralph Lauren did not find favor among three of the four teen subcultures studied by Energy/BBDO globally: creatives, who represent 30 percent of the group, or 997 youths — and who tend to be the style leaders from whom other youths take some cues; thrill seekers, who account for 29 percent, or 963 people, and traditionals, who constituted 21 percent of the participants, or 698.

“Ralph Lauren may be perceived as a bit too much of a badge, a label or logo [meant] to give the wearer cachet,” Walker said. That reasoning is supported by the popularity of the Polo/Ralph Lauren name with the fourth subculture, the strivers, who are working toward upward mobility and for whom making money is more important than personal fulfillment. Among their expectations are to be famous or to be on TV, while the creatives, who place a premium on expressing themselves, anticipate creating something beautiful, writing a book or remedying an injustice.

The countries with the largest share of creatives responding were Taiwan, with 54.9 percent; Spain, 51 percent; France, 49.6 percent; Australia, 43.8 percent, and Germany, 42.4 percent. Roughly one-fifth, or 22.6 percent, of the youths studied in the U.S. were creatives, the fifth-lowest incidence among the 13 locales examined.

One key to connecting with more teens, particularly trend-setting creatives, Walker noted, is to help them express themselves, rather than giving them something to show off. Doing so, in his view, has catapulted names such as Adidas, Nike, Nokia and Sony into the ranks of youths’ 10 favorites. For example, he noted, Adidas has struck a chord with its current ad slogan, “Impossible Is Nothing,” as did Nike before it with the long-lived “Just Do It” campaign.

In contrast, Gap was neither well known nor well liked by any of the four teen subcultures abroad. In the U.S., however, it was popular among the traditionals, as were such names as Disney, Doublemint and Nestlé, leading Walker to suggest the Gap brand may be able to leverage a sense of traditional chic. In so doing, he said, it could attract those with conservative values, including more of the traditional cohort, whose members honor duty and authority, and expect to find spiritual fulfillment.

The U.S. was home to the second-largest share of traditional teens, where they accounted for 41.7 percent of those surveyed. Only Brazil had a larger portion, at 53.2 percent. The country with the third-most-sizable share, Poland, had just a little more than half as big of a slice as Brazil, or 28.3 percent, whose values, attitudes and priorities qualified as traditional.

In the U.S. in particular, a surge in conservative values among the 13- to 18-year-old set are rendering fashion trends and products a declining priority, compared with teens of 10 years ago, Walker said. The majority of American teens surveyed — 58 percent — expect to live by “high moral standards,” versus 33 percent of teens globally, while 45 percent of the youths in the U.S. said it’s best to remain a virgin as long as possible, about double the 22 percent share of the global group who expressed that value.

Thus, the racy advertising and revealing fashions often aimed at teens may not resonate with a significant swath of them today.

Apparel marketers, Walker advised, might do best to offer their brand as something “teens might make their own, rather than a symbol in its own right.” Among the ways they could do so are via mass customization, an approach that has proven successful for Levi’s and Nike, among others, or through product features that sharply differentiate brands from the competition — say, articles of clothing embedded with technologies such as MP3 players.

About half of U.S. teens hold conservative values, Energy/BBDO found, but they are no less likely than their less-conservative peers to partake of various media: 95 percent of the conservative crowd listens to music; 93 percent spends time on the Internet; 68 percent plays video games, and 68 percent goes to movie theaters.

There’s another reason brands mean less to many teens than they did 10 years ago: sheer apathy. Almost two-thirds, 62 percent, of teens globally said they’re apathetic about brands and 54 percent said there’s too much advertising and marketing today. At the same time, fewer than half — 45 percent — like to wear logos of their favorite brands, a share that shrinks to 37 percent among the trendsetting creative cohort.

Nonetheless, there are a handful of up-and-coming American brands in the teen ranks, including Levi’s and MTV, whose rising popularity is running counter to the broader trend. Levi’s climbed to 13th most popular from 20th in 1995, and MTV rose to 11th from 24th. Such brands, Walker said, “are connecting deeply with teen passion points — music, media, sports and communication — and they are doing so in a stylish, individualized way.”