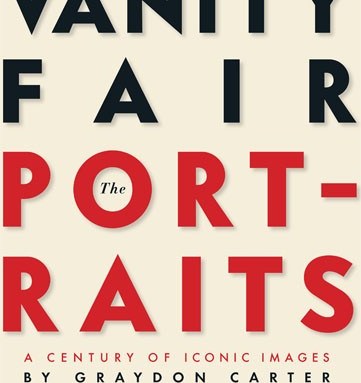 IN RECENT YEARS, VANITY FAIR HAS BEEN closely associated with Hollywood, but the magazine’s roots are firmly planted in New York.

It stands to reason, then, that the magazine would choose Manhattan as the backdrop for the kickoff of “Vanity Fair: The Portraits, A Century of Iconic Images,” a book featuring the best photography from the publication.

Campaign New York, a 12-day series of editorial and advertiser-sponsored events in and around the city, begins today with editor in chief Graydon Carter signing books at Barneys New York. Photos from the book also will be displayed in 98 stores along Madison Avenue.

The book contains the work of photographers past and present, from Henri Cartier-Bresson, whose haunting view of Paris is romantic and mysterious, to a photograph of the Versace family, pre-Gianni’s death. There are shots of legends such as Liza Minnelli looking vulnerable and Alexander McQueen and Isabella Blow cavorting in happy times.

“Graydon and I were talking about how to handle the book launch in New York and how to best get those images out there,” said Edward Menicheschi, vice president and publisher of Vanity Fair. “We wondered what we could do that would be different and make a real statement. Then we thought, wouldn’t it be cool if we could turn New York into a gallery space?”

As well as the store displays of the photos, an audio walking tour recorded by David Friend, the title’s editor of creative development, with an introduction by Carter, can be downloaded at vanityfair.com. The magazine estimated that more than 25,000 people will view the portraits and browse the stores at tonight’s events. The retailers will remain open until 9 p.m. and will donate 10 percent of this evening’s sales to the Whitney Museum of American Art’s photography program, collection and special exhibitions.

Carter said Madison Avenue was chosen because it’s “at the crossroads of culture, sophistication and luxury — and I suppose the same could be said of Vanity Fair.” He added that many Vanity Fair advertisers have outposts on Madison Avenue, and the magazine’s readers are “shoppers,” making the synergies impossible to ignore. “This is what publishers call ‘integrated partnership marketing,’” he said.

Other invitation-only events during the 12 days include an “in conversation” with Christopher Hitchens and former President Clinton press secretary Dee Dee Myers on Sept. 24; a private dinner with David Bouley’s newly renovated TriBeCa restaurant, and, on Tuesday, the work of photographer Mark Seliger, who photographed the fall St. John campaign, will be feted at his studio, 401 Projects.

“This was put in place before things got so tough in retail,” said Menicheschi. “This is something that can get people out into the streets. It makes sense, especially now.”

As part of the program, 27 exclusive items will be available to American Express card members, including a Lambertson Truex limited edition bag, “Index of Happiness,” created in partnership with Donald Baechler. American Express is the presenting sponsor, Jaguar is the automotive sponsor and Moët Hennessy is the official spirit of Campaign New York. Jaguar will supply a fleet of its cars to shuttle shoppers between stores. Vanity Fair created a Manhattan Fall Culture Guide, sponsored by American Express, that can be seen on the magazine’s Web site or downloaded to a mobile phone application.

Menicheschi said, “The idea of using culture as a driver for where we’re at right now” is a powerful weapon. “Culture has the ability to cut through a lot of the noise. Retailers are looking for that silver bullet. We feel we have a pretty good handle on culture.”