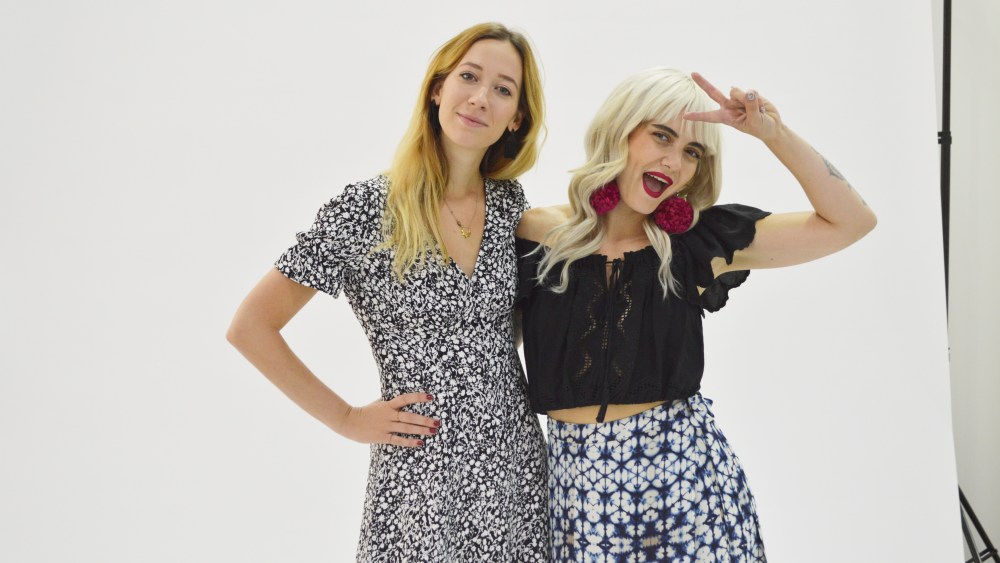 “This is really where you can get the gem,” said Dentelle + Fleurs blogger Gabrielle Lacasse as she entered a section on the trade show floor called Oasis.

The Montreal-based influencer, who began blogging more than seven years ago, earlier this week scoured Project Womens in Las Vegas and in particular Oasis — a sub-area for emerging brands — looking for new lines and reconnecting with old friends.

“I discovered a lot of brands in Oasis that, afterwards, I worked with and not necessarily for any ads, but more because I really liked them and they liked me and so we did an exchange afterwards,” she said.

Lacasse, over the course of the trade show’s three-day run at the Mandalay Bay Convention Center, walked the floors, checked out items to be shot at the on-site photo studio, posted to social media and recorded enough content that will be edited down — an eight-hour job, she said — into a show wrap.

She was part of a team of nearly 20 influencers banded together under Project’s The Blogger Project in Vegas that’s become an interesting study of the intersection between brand and blogger and a very real engine of marketing content at a gathering that’s historically been closed off to the public — and, generally, still is. But as the industry grapples with the trend of going direct, and all that phrase implies, more and more trade show organizers are iterating on how to best serve the end consumer.

“Not only do their followers love it because they get to see the behind the scenes, but our brands love it,” said Kelly Helfman, vice president of Project Womens, WWDMagic and Fame.

There aren’t specific numbers to show a return on investment, but Helfman suggested there has been a lift for the businesses.

“We can’t quantify it, but by getting feedback from brands, they have all said it was working for them at the show because what happens is these girls end up wearing the brands or promoting the brands, which gets consumers to go directly to the brands’ social media pages and leads to sales,” Helfman said. “Ultimately, they all say it is amazing to connect with them and it really does drive brand awareness.”

Content, given it’s now a form of social currency, is helping drive much of the open-mindedness around programs involving bloggers at the trade shows.

“It’s cool that we get to see the trends ahead of everyone else, but also I myself had never heard of Project before I saw bloggers coming here, so I think we’re really helping bring awareness,” Lacasse said. “I feel like it really helps to get the word out and we create amazing photographs for these [brands and the trade show] and images that they can use on their social media and promote their own brand as well. So I feel like everyone’s winning.”

As Lacasse wrapped an initial morning walk-through at Project Womens on Tuesday, she circled back to The Blogger Project area at the convention center, greeting Mad Maven Style’s Nikia Provenzano, who had just arrived.

Provenzano is a trade-show veteran, having modeled at some of the shows in her teens and now she walks the floors as a blogger. Soon, she hopes, there may be a transition to vendor as she planned to meet with buyers on a jewelry line she released roughly a year ago. She gifted a pair of white pom pom-style earrings to Lacasse, which retails for $70 on her site.

“My objective is to check in on all of the brands that I’ve been working with through blogging and to actually meet them face to face because a lot of times you’re just working through e-mail so it’s nice to make a human connection with them,” Provenzano said, explaining her process for the show. “Aside from that, making new connections and seeing new, small brands and we get to shoot a ton of content.”

The bloggers involved in the program aren’t stuck to a quota on social media posts at the show, but they all do their best to put out as much as they can, both Lacasse and Provenzano said, with trade show organizer UBM Fashion footing the bill to bring the influencers to Vegas.

“Several years ago, bloggers weren’t allowed to come to trade shows because brands were afraid that if you talked about something instantly in a blog, there would be opportunities for counterfeiters to copy it,” he said. “But the movement in the world and where things are going with Uber replacing taxis and Airbnb replacing hotels, all these disruptors, it’s the same in the blog world where you want people to be hyped about your brand all year round. You can’t just drop a collection and wait for it to hit stores. You need people to know about it right away. People having access to it today is important,” he said.

There’s also an efficiency with bloggers, Provenzano pointed out.

“A lot of brands are starting to realize that they don’t need to hire models,” Provenzano said. “Bloggers are very self-sufficient. When we’re hired, brands can just hire us and we take care of everything. We know how to shoot. We find our photographers. We do our own hair. We do our own makeup. They’re basically getting the whole package in one person whereas with models you need a team and have to go through agencies.”

Real connections are what drives whomever is involved in the next season, Troy said.

“When it first started, it was traditional bloggers. Eventually, it evolved to social media people,” he said. “It’s also gone from a product focus to a ‘look-at-me’ focus. In the beginning it was more about products like ‘Look at this cool hat.’ Now, it’s ‘Look at this cool hat and shoes as I wear it.’ Every season I try to invite new people that have a different perspective on the space.”

For More Vegas Coverage in WWD:

Vegas on the Verge