Thanks to Louis Vuitton, millions of Chinese people — and perhaps a few giant pandas — will catch a glimpse of some of the world's finest... 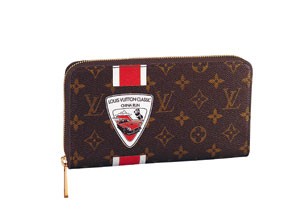 PARIS — Thanks to Louis Vuitton, millions of Chinese people — and perhaps a few giant pandas — will catch a glimpse of some of the world’s finest vintage cars this spring.

Revving up its profile in fast-growing China, the French luxury giant is hosting a car rally May 25 to 31 that will see the likes of Fiat heir Lapo Elkann piloting 1,250 miles through the picturesque valleys, wildlife sanctuaries and stone forests between the cities of Chengdu and Kunming.

“An incredible adventure is about to take place,” Yves Carcelle, Vuitton’s chairman and chief executive, told a press conference in the plush, hushed library at the Automobile Club here as images of the brand’s 1998 China Run played behind him on a screen.

More than four million Chinese lined the roads for that event — and Carcelle expects local mayors will again declare official holidays to let workers watch the international glitterati roaring through their villages.

About 45 cars, with an estimated worth north of $125 million, are expected to take part, including nine Ferraris, eight Bentleys and a couple of Jaguars, along with a 2006 Citroën concept car and a 1966 Red Flag, for years China’s official limousine. Drivers come from 15 nationalities, most of them from Europe and North America, Carcelle noted.

Vuitton has been supplying bespoke trunks for automobile enthusiasts for more than a century, and been hosting signature events for both “polishers and drivers,” as Carcelle called them, since the late Eighties.

Carcelle declined to disclose the company’s sales figures for China, but noted that Vuitton has never logged growth of less than 50 percent since it opened its first boutique in 1992 in the basement of Beijing’s Peninsula Hotel.

Today, Vuitton operates 19 stores in China and is considering its third and fourth locations in Chengdu. Openings are scheduled this year in Changchun, Qingdao, Suzhou, Wuhan, Urumuqi, Changsha and the tropical resort destination Sanya.

In tandem with the rally, Vuitton plans to sell a limited edition range of leather goods, including a pair of retro driving goggles, in all its Chinese stores, plus select locations elsewhere in the world.