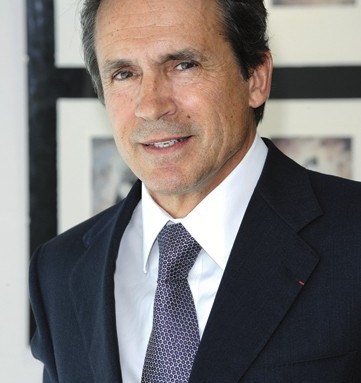 During the first quarter of 2009, its sales increased 1.6 percent year-over-year to 2.19 billion euros, or $2.87 billion at average exchange. On a comparable basis, revenues gained 1 percent.

The division’s brands include L’Oréal Paris at the premium end, Garnier at the midtier level and Maybelline in the most accessible range.

“The division can be flexible in terms of what it places before intended consumers in different markets,” says Oru Mohiuddin, cosmetics and toiletries company analyst at Euromonitor International. “L’Oréal’s Consumer Products Division has done very well.”

WWD: What are some recent milestones?
Jean-Jacques Lebel: The creation of color cosmetics and skin care — all pretty much in the Eighties — I would say were major milestones. And the international push of Garnier. Another was the acquisition of Maybelline in 1996. It was an American brand that enabled us to internationalize the mass market with very accessible cosmetics. China is now Maybelline’s number-two market after the U.S. Another milestone was the launch of men’s [products] and the international success of Men Expert.

WWD: What has been among the division’s primary focuses?
J.J.L.: In times of crisis, innovation is still as important as ever. We put particular emphasis on accessible innovation. One great example is Garnier Nutritionist Caffeine Eye Roll-On for 8 euros [or $10.90 at current exchange]. We’re aiming at [selling] 10 million units this year. We’re going to be present in the lower, really mass end of the market with products like Fructis hair sprays. We hadn’t pushed hair sprays for maybe the last 10 years. A typical Garnier product is 10 euros to 12 euros [or $13.60 to $16.35]. We’re going to be launching new Garnier basic skin care at 5 euros [or $6.80]. Five euros is pretty reasonable for skin care. It is really an entry price in Europe. The pricing for Garnier skin care in India is 0.18 euros to 2 euros [or $0.24 to $2.70]. Similarly, in L’Oréal Paris, we’ve increased the spectrum of prices within its skin care business [in Europe]. It now goes from 9 euros to 18 euros [or $12.25 to $24.50]. This means the range of skin care product prices in [the Consumer Products Division] is 0.18 euros to 18 euros.

WWD: What are other possible growth vectors?
J.J.L.: We are developing new categories well. Deodorants, for instance, are something we kept pretty much to only France, and now we’re launching deodorants in new markets, like Latin America and Eastern Europe. We are very strong in France in the shaving and aftershave product categories. When we started with Men Expert, we began only with skin care and we’re now more interested in going for shaving creams and aftershaves [elsewhere], just to give you two examples.

WWD: What is the geographic breakdown of the business?
J.J.L.: Western Europe [generates] 44 percent; North America, 22 percent, and the rest of the world, 34 percent.

WWD: Which are some interesting new markets?
J.J.L.: The start of our business in Egypt is very encouraging. Pakistan is pretty much the same. We’ve also just opened Kazakhstan. There are still some new frontiers for the group and for this division, so it’s quite exciting. We start with Garnier in these new countries because it’s the more mass market and far-reaching [brand], and we put some L’Oréal products in the top end.

WWD: Please describe the Destination Beauty in Turbulent Times in-store program.
J.J.L.: We do what we call a beauty barometer, which is an in-depth discussion with consumers and also very frequent monitoring of what’s going on — what they say, what they do, what they buy. We share that information with retailers. In fact, we recently issued some data in the U.K. showing women were increasingly using foundation to look good vis-à-vis their colleagues. Psychologists explained it’s very important for women to look good in difficult times. And this information is very useful for retailers. We see growth of the makeup markets everywhere around the world. Hair color is also very good, benefiting partly from some women who might not want to [pay for] a hairdresser. There’s also a bit of trading down in skin care, like from department stores to mass market outlets. Our teams work closely with clients to maximize the space allocated in order to be able to give better advice to the end consumer. There’s been this very significant move made by our number-one German client. Historically, makeup displays in Germany were all 1 meter [or 3 feet]. Everybody had 1 meter. And they changed from 1 meter to 2 meters for L’Oréal Paris and Maybelline, hence giving more opportunity to see more innovation and more new products. They increased their cosmetics business by 19 percent in 2008. They’re up 15 percent at the end of March. We have similar examples on skin care and hair color. We also share our big in-store
event know-how.

WWD: Who have been some notable spokeswomen?
J.J.L.: An emblematic spokesperson is Sarah Jessica Parker. Andie MacDowell has been with us for many years and really helped launch L’Oréal’s skin care. Penélope Cruz has been fantastic in recent years. Beyoncé [Knowles] has been a great connector with American people and the younger generation, and we’re really pleased that Jane Fonda came along and gave some real warm, sincere testimonials of trust for L’Oréal. Similarly, when we had Chinese actresses say [“Because I’m Worth It”] for China, like Gong Li and Michelle Yeoh, it was also very important. It was a whole new part of the world also saying, “You know, we’re worth it, too,” after so many years of not really being able to speak out.