The e-tailer has also enlisted Andreea Diaconu, Kris Gottschalk and Julia Nobis for its print and digital spring campaign and short film 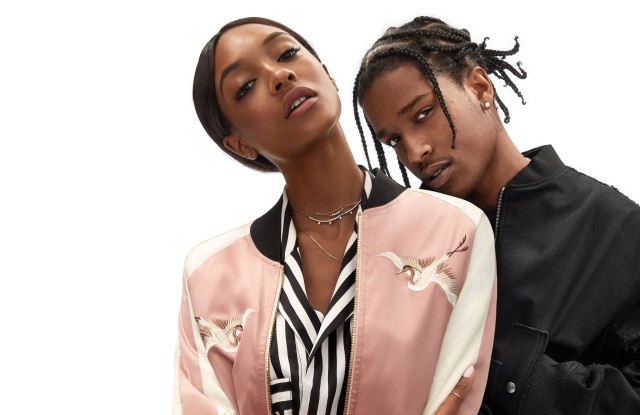 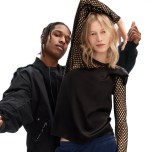 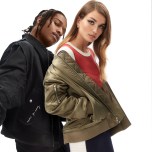 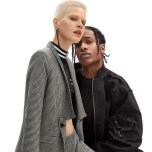 HOTEL CALIFORNIA: Zalando has tapped A$AP Rocky and a host of models including Jourdan Dunn, Andreea Diaconu, Kris Gottschalk and Julia Nobis for its print and digital spring campaign and short film, WWD has learned.

An announcement is expected this week.

Carsten Hendrich, vice president of brand marketing of Zalando, said the campaign centers around a mythical hotel where the fashion-loving musician gives his friends a wardrobe makeover.

“He’s the director of A$AP Hotel where he rules the hottest home in the fashion sphere. When four guests arrive, the director decides to give them all a fashion upgrade,” he said.

“With a good twinkle in the eye, Rocky masterfully orchestrates a luggage switch from his personal master suite. What happens next is a style remix according to his personal philosophy of mixing fashion from high to low.”

The film is called “Remix Fashion” and was shot by the Canadian/British filmmaker and photographer Gordon von Steiner. The New York-based director has worked on projects for Louis Vuitton, Chanel, Dior, Jil Sander, Lanvin, Miu Miu and Prada.

The film was set in Los Angeles, styled by Karen Langley and produced by Bakery Films. A$AP Rocky, whose real name is Rakim Mayers, is a member of the hip-hop collective A$AP Mob as well as a record producer, director, actor and model.

In the campaign, he is pictured wearing a Damir Doma bomber jacket with a Kiomi sweater and Adidas shoes while Dunn wears a Puma bomber jacket over a Malene Birger dress with a Just Cavalli bag and Oxitaly shoes.

The print images were shot by Kai Z Feng, and the campaign will break on the brand’s web site and social media channels.

Hendrich said Zalando wanted to work with a high-profile name with a unique style and a talent for mixing high and low fashion. Mayers had performed during a Bread & Butter event hosted by Zalando.

“Using him as a testimonial empowers our female customers even more to mix and match and express their personality with their own style,” he said.