Novelty items for immediate fill-ins and affordable accessories got the most attention at the Atlanta Apparel Market last month. 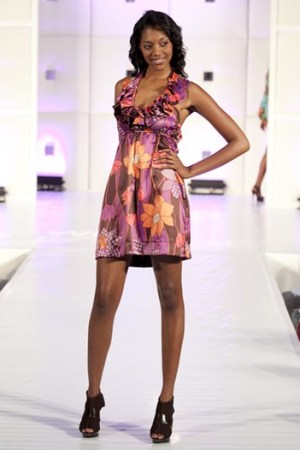 ATLANTA — Novelty items for immediate fill-ins and affordable accessories got the most attention at the Atlanta Apparel Market last month.

Overall buying was somewhat sluggish at the show that ended its four-day run at AmericasMart June 13. For the second consecutive year, organizers shaved a day from the schedule to address the lack of new launches during market and the absence of open-to-buy in many buyers’ budgets this time of year.

Mart officials acknowledged the show was predictably slow and expressed concern that fewer buyers were attending trade shows in general. “Retailers are sitting back in their stores and only seeing reps that travel and they are not going to market,” said Lori Kisner, senior vice president of apparel leasing. “About 20 percent of retailers who normally shop our market are staying in their stores.”

Sales reps were mostly unfazed, particularly those who rely on a robust road business to offset slower markets.

“I’m here and my showroom doors are open, but June is June and it’s always slow,” said David Byrne, who operates a multiline updated misses’ permanent showroom. “I’ll catch people on the road.”

Buyers who did attend mostly placed small fill-in orders for immediates, while a few looked at holiday and early resort.

Julie Routenberg, owner of Potpourri, a modern bridge boutique in Atlanta, came to market with open-to-buy in apparel, and wrote orders for collection-driven jackets and knit tops by Emil Rutenberg and lightweight, printed cashmere tops by Helios&Luna. Routenberg also filled in her accessories merchandise with jewelry lines Liquid Metal and Pono, and leather cuff bracelets with pewter, gold, silver or ceramic buckles by Leighelena.

Routenberg reported an increase in sales since February, but said she is still exercising caution. “We’ve seen increases over last year and I’ve heard other people have, too, but that doesn’t necessarily indicate a recovery, since last year was the year from hell,” she said. “However, it’s a good indicator that things are improving.”

Apparel looks trended toward short, colorful day and party dresses, and knit tops with draping, special cuts and flirty details. Kisner reported strength in accessories, calling it “the only category overall that does really well in June.”

Suzi Roher, owner and designer of a namesake line of belts priced at as much as $400 wholesale, showed about 100 styles for fall and holiday as well as coordinating bracelets.

“My belts are perfect to put with that little black dress that every woman already has in her closet,” Roher said. Standout styles included wide and skinny black belts with gold embellishments, a corset belt and a group of chain styles. Roher also showed several items at lower price points, including a black double-knit wrap belt for $75, but noted her core customer buys for the wow factor, not price.

The market also featured fashion shows in the atrium, including Style Runway, a presentation that was headlined by Canadian denim firm Parasuco and focused on fall and early holiday looks.

“The fashion shows in the atrium give an added entertainment value to the market,” said Kisner, who added the August show, which is touted by mart officials as the nation’s largest prom market, will feature even more runway shows, celebrity appearances and special events.