At Accessorie Circuit, AccessoriesTheShow and the International Fashion Jewelry and Accessory Show, everyone aims for the right price point.

By Lauren Benet Stephenson and Jessica Iredale and Sarah Haight on May 17, 2010
View Slideshow 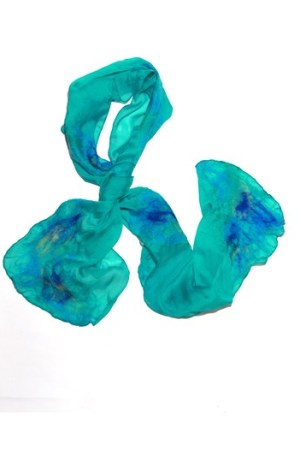 Although foot traffic varied at the shows, which ran from May 2 to 7, increased optimism was evident, particularly compared with the depths of the recession last year.

“There was a definite buzz in the air, and it felt like the crowds were larger, new vendors were showing and there was an energy that had been missing for the last few seasons,” said Brooke Scott, fashion director for accessories at Bloomingdale’s.

“Jewelry continues to be a major category at the shows,” Scott said. “The last few seasons have focused on bold statement necklaces. This fall season, we are going to see rings emerge as an important category, particularly quirky novelty fashion rings with animal motifs, oversize cocktail rings, knuckle rings and two-in-one rings that cover a few fingers.”

Although mindful of continuing economic uncertainty, Raquel Aldrete, a manager and buyer for Ruby Lola, a boutique in El Paso, Tex., agreed that the mood of vendors and buyers had improved.

“It seemed like there was way more movement than last time,” she said. “I really thought overall it was a really good market.”

Vendors, buyers and designers at the Accessorie Circuit, AccessoriesTheShow and the International Fashion Jewelry and Accessory Show, were focused on finding the so-called sweet spot price point.

Aldrete, who attended the Accessorie Circuit, said, “In El Paso, when the economy was better, we bought more high-end pieces, in the $600 range. But right now our customer is more in the $200 [and below] range.”

Fundamental changes in consumers’ attitudes that have been caused by the recession continued to shape offerings and orders.

“Price point is a huge factor,” said jewelry designer Alexis Bittar. “The consumer has become much more savvy. They think, If I’m going to spend money, it should look unique. I think $250 to $350 is a great price point, but it still needs to look like it could be $500,” which is perhaps why “more artlike pieces are selling.”

Karen Ciurca-Weiner, a buyer for Vassari, a Baltimore boutique, said she was searching for unique, trendy pieces costing less than $200 at retail that “can sit with designer sportswear.”

She attended the Accessorie Circuit and said her main goal was to find “anything well priced and novel,” as customers no longer buy “a whole outfit plus accessories, shoes and a handbag. Instead of buying a shirt, they’ll buy a necklace.” Ciurca-Weiner cited bag lines from Sandra Robert and High Fashion Handbags as fitting her need for quality at a good price.

Handbag designer Rebecca Minkoff had the more frugal customer in mind, as well.

“We took $100 off our bags starting in the fall, and have seen a huge difference at retail,” she said. “Now our most expensive handbag is $550.” Minkoff’s holiday line pairs small leather goods, such as an iPod case, a cell phone case and studded cuffs, into a boxed set for less than $100.

Attendance at the Accessorie Circuit, which was held at Piers 92 and 94, was up 12 percent compared with May 2009, said Elyse Kroll, founder and chairman of ENK International.

Britton Jones, president and chief executive officer of Business Journals, said buyer attendance at AccessoriesTheShow “exceeded that of our 2009 edition by 7.9 percent.”

“I’ve had a lot of interest — it’s been great,” said Katie Shea, co-founder of CitySlips, a line of ballet flats designed for urban environments, which retail for $24.95 a pair. “People have said there aren’t as many visitors, but the ones who stop by have put in orders.”

Dale Lindholm of Pure Accessories, a showroom featuring accessories brands such as Susan Farber and Elspeth New York, said the overall market had a positive vibe, “but buyers are looking for a certain price point, under $200 wholesale.”

Accessories That Matter showroom owner Roy Kean spoke to the new mood in the market. “The switch that was off the last couple years has turned on,” he said. “We’ve gotten orders from boutiques and major retailers.…Cheap isn’t the answer, value is,” and as a result, “anything handcrafted is doing well.”

To that end, a series of quirky, handmade stone rings by Dara Ettinger that wholesale for $28 to $62 were selling briskly, said the designer.

So were scarves crafted from sustainable fabrics in Mexico by Christa Louise. “It seemed quiet, but people were curious,” she said, noting the trendier pieces — a polka dot scarf that ties around the neck or head, for instance — attracted the most interest.

The differentiated look extended to handbags, as was the case with Jo, a line of boot leather and burlap totes and clutches designed by Dee Arguelles. Jo’s Delia Kosowicz said she fielded a number of orders. “People are on the lookout for something that looks different,” she said.

The International Fashion Jewelry and Accessories Show, which caters to a wholesale and volume buyer clientele and was held at the Affinia Hotel, produced conflicting reports about traffic. Show director Michael Gale said attendance was “stronger” than last year, but some vendors said the show was not as busy as usual.