One Jeanswear Group will add Anne Klein Jeans to its portfolio, whose jeanswear brands include Gloria Vanderbilt, Jessica Simpson, Bandolino and William Rast.

Anne Klein is getting a shot at the jeans market.

WHP Global, which acquired Anne Klein this past summer, has signed a long-term licensing agreement with One Jeanswear Group to develop and distribute a contemporary denim line for the Anne Klein brand. The first collaboration under the new partnership is set to ship for fall 2020 and will be previewed this week and formally introduced to the market in January.

Yehuda Shmidman, chairman and chief executive officer of WHP Global, said, “One Jeanswear is the premier jeanswear company in North America and a leader in denim innovation, technology and fit, making this new partnership a natural one for us. The launch of Anne Klein Jeans creates a new driver of growth for Anne Klein and deepens the brand’s assortment in distribution channels across North America.”

Jack Gross, ceo of One Jeanswear, said the Anne Klein brand reminded him of Gloria Vanderbilt, which he first signed when he started the company in 1993. “It [Anne Klein] is a brand with really great heritage. And Gloria Vanderbilt at that time had no baggage and was really underutilized. I looked at Anne Klein, and said, ‘Wow, I started off with a swan and now I’m moving to a lion.'” Anne Klein’s lion logo will be featured on the coin pocket. “We just think it’s a tremendous icon and an icon that relates to women themselves. It’s fearless, strong, independent and powerful….It’s a great opportunity in this challenging climate to revitalize and build a brand into a megabrand,” Gross said.

The jeanswear brand, which is aimed at jeanswear departments of department and specialty stores, will consist of all classifications — jeans, T-shirts, jackets, skirts, etc. The line will wholesale from $22.50 to $40, with some iconic pieces wholesaling between $50 and $75. Sizes range from four to 24, with petites being added down the road. It will offer average and short lengths.

“The good news about the denim business, whenever there’s a leg shape change or a rise change, the denim business starts to accelerate,” Gross said. “Although the skinny is still selling well, we’re starting to see it diminish a little bit, and we’re starting to see more emphasis on the wider leg, whether that’s boot cut, flares, wide leg.” He said those are starting to move at the contemporary level and also at the premium level. Anne Klein will be positioned at the opening price point of premium, although it will be housed in the contemporary area. Jeans will be offered in blue denim, black, colors, sateens and twills. 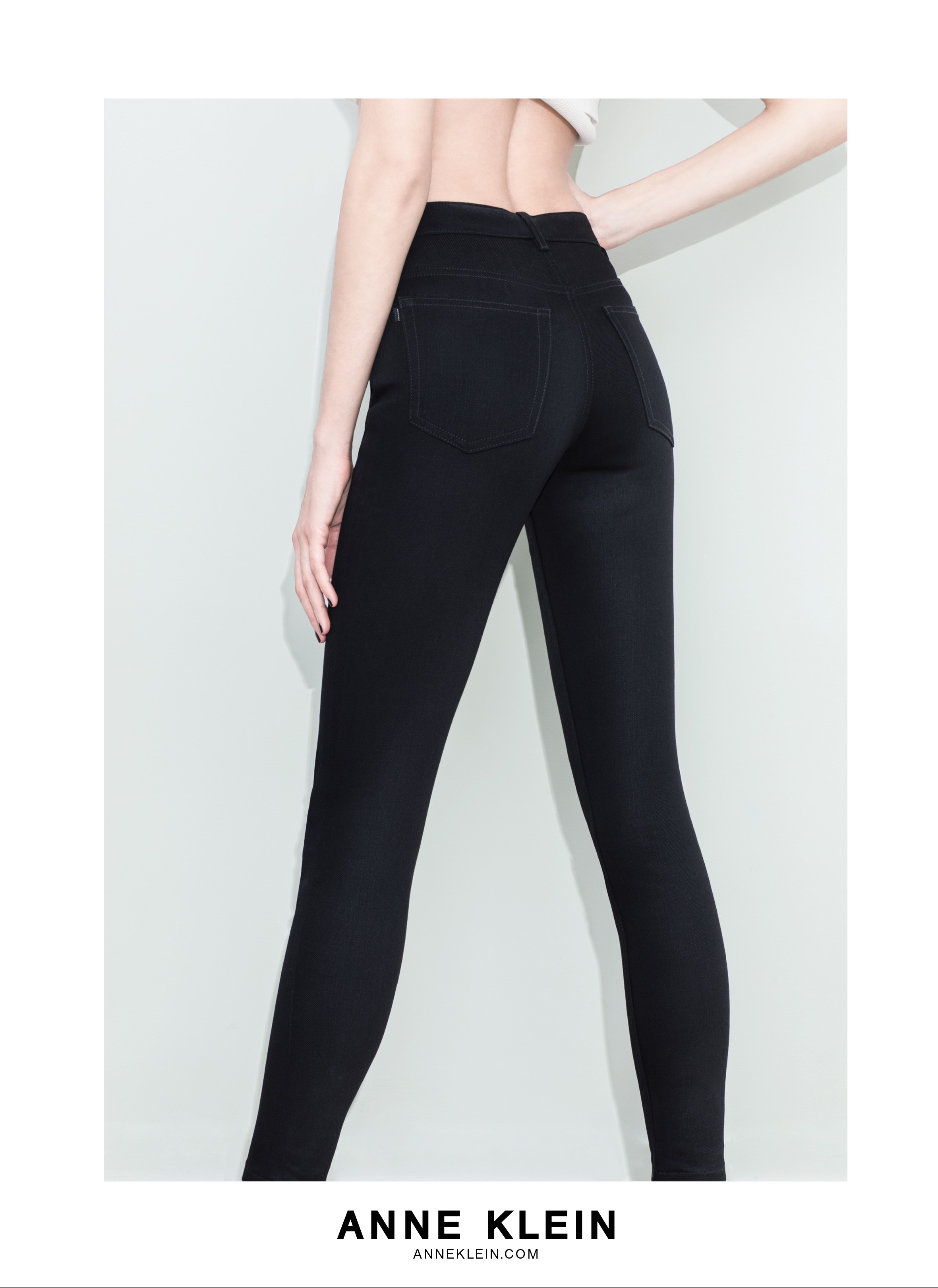 The line will be manufactured overseas. Gross plans to take one iconic jean (a five-pocket jean), have it 100 percent sustainable and made in America. He declined to give a first-year projection. He said he’s more concerned with the presence, image and space on the retail selling floor, than how big it will be in the first year.

Asked about the current denim business, Gross said, “Right now with the weather change, we’re starting to see an acceleration in denim. We’re also starting to see the newness, whether it’s the rise or a leg opening, and special details and washes. The customer doesn’t need another rinsed jean in their wardrobe. We’re in a high velocity fashion cycle.” He said they will do a taste of destruction. “When you look at the [Anne Klein] sportswear, when a woman puts on jeans it’s a different attitude. We want to encompass, not an age, but an attitude. We want to go after the Millennials, as well as the boomers,” he said.

Anne Klein presently generates more than $700 million in global retail sales with product distributed by Kasper Group for sportswear, Steve Madden for footwear and handbags, E. Gluck for watches, Herman Kay for outerwear, Komar for loungewear, Marchon for eyewear, and The Jewelry Group for jewelry. The brand’s products are distributed in retailers such as Macy’s, Dillard’s, Belk and Amazon, a direction in which Gross looks to follow, along with contemporary specialty stores. Anne Klein is sold in the Philippines, South Korea and is adding China for the holidays.

“Layering on denim is a big deal,” Shmidman said. “For Anne Klein, it will provide the casual side of the business and provide her that solution.”

Another new category that Shmidman looks to add is home, along with geographies such as the Middle East, Latin America and more countries in Asia.

WHP Global is backed by Oaktree Capital Management with a commitment of more than $200 million in equity, and a leverage facility with Blackrock. On a combined basis, WHP Global intends to deploy $1 billion of capital into acquiring and developing brands over the next five years, Shmidman said.