Chinese organizers aim to firm up a soft market. 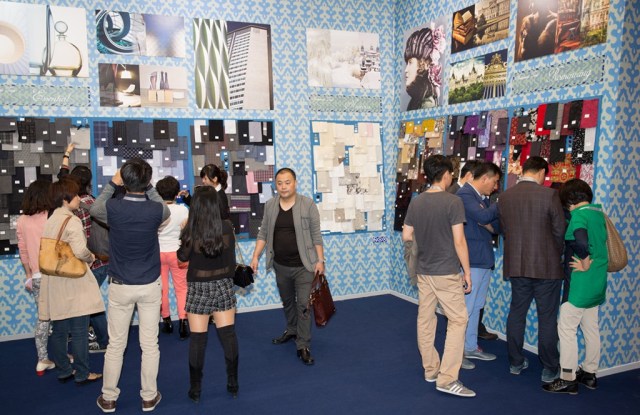 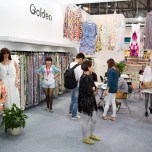 BEIJING — The first half of 2014 is likely to see leaner, more streamlined apparel and textile trade fairs across greater China, as fair organizers look for new ways to keep up interest amid a softer economic climate.

Fair organizers from Shanghai to Taipei and Hong Kong are expecting similar numbers of vendors and visitors in the first six months of the year as they have encountered of late, but they believe they will face a more discerning customer base. Companies want access to customers who will buy and buyers want goods that stand apart from the pack, whether it be through design or manufacturing techniques.

Mainland China’s economic situation has remained difficult in recent months, with an ongoing slump in the manufacturing sector and softer demand for exports from the U.S. and Europe. It’s all a continuation of the crisis that began in 2008, the great slowdown from which trade show organizers and factory managers say China’s textile and apparel industry never really rebounded in full. Instead, the industry is moving forward leaner and more focused.

There have been some major casualties amid all the revamping. For the first time in 17 years, Dongguan ended its annual shoe products fair, normally scheduled each spring to coincide with other gatherings. In a message on its Web site, fair organizers said, “Owing to the changes of the business environment and the market trend, taking into consideration the interest of exhibitors and visitors, the organizers of the Dongguan China Shoes China Shoetec decided to cancel the exhibition.”

The shoe-manufacturing industry has been particularly hard hit in China, with thousands of factories moving to Vietnam, Cambodia and other countries with lower wages as Chinese workers have gained more rights and better pay.

But all is not bleak. As experts have predicted for several years, China-made textiles and apparel appear to be moving up the value chain, potentially becoming a source of new medium- and high-end clothing.

Some trade show organizers say a growing global interest in indigenous Chinese design, particularly high-end fabrics and clothing, is expected to turn out new visitors looking to buy up the latest trends. Chinese designers have made a splash in the past year, opening boutiques from Paris to Hong Kong and staging runway shows of creations that speak to China’s culture and history.

Chinese-flavored textiles, including patterns and embroidery, will also be hot, several fair marketing managers said, along with fabrics and apparel that use new technology and more environmentally friendly means of production than in years past.

In Japan, overall consumer sentiment has been seen to be improving in recent months, although there is some wariness about the future, as the government has planned to raise country’s consumption tax from 5 percent to 8 percent next April.

Japan’s trade show landscape has seen few developments or changes in recent seasons, with the possible exception of RoomsLink. This fair, which includes both booths and fashion shows, and runs concurrently with Japan Fashion Week, saw visitor numbers in October fall to about 5,500, less than half of the roughly 12,000 it had in March. A spokeswoman for the event said that the drop was due to mainly that in March, 10 brands held their runway shows at RoomsLink, while the October event included only one fashion show.

Tomonori Matsui, organizer of RoomsLink, said the sudden lack of runway shows was due to many brands preferring to show during Shibuya Fashion Festival, an outdoor event held at a local park on the last day of Tokyo’s fashion week. Matsui said that next season, he expects things to even out a bit, with about six runway shows during RoomsLink and five during Shibuya Fashion Festival. Both events are organized by Matsui and his team at H.P. France.

RoomsLink is perhaps one of Japan’s most international of fashion trade fairs, having expanded to include events in Seoul and Taiwan in recent years.

“Next year, I think I want to do a RoomsLink New York. I’d like to pick the best 20 or so brands from RoomsLink Tokyo, Seoul and Taiwan, and bring them over to do a small fair in New York,” Matsui said. “Also, if we can find good partners to work with, I’d like to add events