China and Japan exhibitions are on the come back trail. 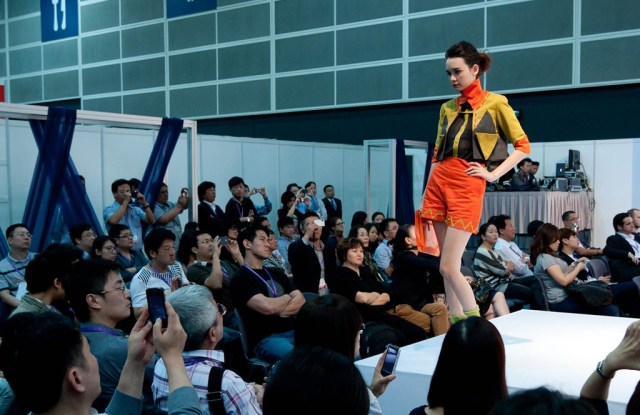 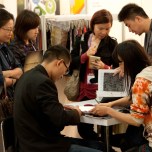 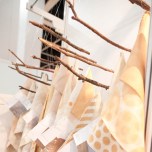 Two of Asia’s main hubs of trade show activity — Japan and China — are battling back from their own special adversities and looking at a strong six months of fairs and exhibitions ahead.

While the devastation dealt by the massive March 11 earthquake and tsunami in Japan is still fresh in people’s minds, organizers of trade shows are seeing their efforts to lure back buyers beginning to pay off. And despite ongoing problems with a nuclear power plant in the northeastern region of Tohoku, even international retailers have resumed sending representatives to fairs in Japan.

RoomsLink, a trade show that generally runs concurrently with Japan Fashion Week, was last held in October. It exceeded organizers’ expectations with more than 120 brands participating and more than 9,000 attendees. Of these, 29 brands were from outside of Japan and 3,000 visitors were buyers. Organizer Tomonori Matsui declined to give a figure for the number of international retailers represented, but said the event attracted buyers from other Asian countries, such as China and South Korea.

“There were twice as many exhibitors as last time [held in April], including international brands from countries like Angola and South Korea, which were exhibiting for the first time,” Matsui said. “We didn’t feel any effects from the earthquake.”

In October, organizers of RoomsLink also concurrently held a Fashion’s Night Out-style shopping event, in an effort to involve not only retailers, but also consumers. Dubbed Shibuya Fashion Festival, the inaugural event was held on the Friday of RoomsLink and about 140 stores participated. Matsui said he plans on continuing this initiative twice a year, during RoomsLink and Japan Fashion Week.

Matsui also noted that while he expects about the same number of exhibitors and attendees for the next RoomsLink, scheduled for March 20 to 24, he hopes that eventually about half of the participating brands will be from outside of Japan.

“Of course I want more [international buyers] to come than last time,” he said. “I think it’s difficult to rapidly increase the numbers of buyers from America and Europe because of the distance [they would need to travel], but I’d like to further increase the number of Asian buyers.”

The JFW International Fashion Fair that was held in July saw a slight drop in numbers from its January installment. The event attracted 24,175 visitors, including 330 from outside Japan, down from 26,605 in January, with 380 international visitors. About 700 companies participated in the exhibition.

“A typhoon hit [during the fair] in July, which caused an unexpected decrease in attendees,” said Naoya Jita, one of the event’s organizers. “There was also the accident at the nuclear power plant, which affected numbers of international visitors.”

Jita said he expects around the same number of companies to exhibit during the next installment of JFW-IFF, which will be held Jan. 25 to 27 at Tokyo Big Sight. He is also expecting attendance to be up to about 27,000, with roughly 400 visitors coming from outside Japan.

“The mood has changed considerably and is now back to where it was last year,” Jita said, referring to international buyers’ reactions to the situation at the nuclear power plant.

The January JFW-IFF will also follow a slightly different format, with added events and parties aimed at increasing communication between buyers and brands in an enjoyable setting.

On the textile front, Japan Creation will only be held yearly starting in 2012, but Premium Textile Japan, a smaller, more business-focused fair, will take place twice a year.

In China, despite the increasingly choppy waters for its manufacturing sector, textile and apparel trade show managers are expecting somewhat smooth sailing coming up this winter and spring.

The late winter-early spring textile and apparel trade fair calendar is packed with events, and organizers say they expect vendors and buyers to turn up in steady numbers, with no major declines in attendance on either side of the tables. Their attitude remains sunny in spite of an ongoing decline in Chinese apparel and textile manufacturing amid the global financial slump.

Across China’s manufacturing hubs in the Pearl River Delta and Zhejiang province, tighter credit has combined with dwindling orders to drive many smaller factories out of business in key areas. Meanwhile larger companies and state-owned enterprises are emerging as reinvigorated forces in the industry. Overall, the situation has led to less production and tension over the next steps.

On Nov. 1, the Chinese government released data showing that nationwide, general manufacturing output had slowed to its lowest level since two years ago, when the industry was fighting to cope with the world financial crisis. Anecdotally, producers have said the slowdown affects the garment and textile industries, typically lower-cost production, to an even greater degree. To cope with the current slump in both production and global demand, some trade shows are planning to focus their attention on higher-end products and value-added goods.

That’s true for the Shanghai International Clothing and Textile Expo 2012, set for March 13 to 15, where organizers are looking to up the ante for potential visitors and buyers.

“We’re actually seeing greater interest because the Expo now focuses on branded products of a higher class, instead of simple clothing and textiles,” said the fair’s Noel Tian.

“The market is becoming more fragmented and fast-paced, with new designs coming out constantly,” Tian said. “We have to adapt. Exporting is no longer our main goal, with all the economic woes in countries around the world. We pay more attention to domestic market.”

A spokeswoman for Interstoff said attendance at the company’s shows has been stable in recent years and she expects that trend to continue. The organization is working with media partners to spread its message, and also developing new partnerships with design schools to showcase the best student work and innovation. Creativity and new concepts could give vendors and trade shows an edge over the competition amid the current climate.

In Hong Kong, show organizers say their traffic has actually increased in recent months and they expect healthy turnout at winter and spring trade fairs. Hong Kong shows tend to attract a more mature, perhaps loyal audience of vendors and clients, so those who visit know what they’re looking for and aren’t likely to fade away because of economic problems in China manufacturing.

“People who go to the China shows and Hong Kong shows are different,” said Mavis Ng, visitor services coordinator for China Sourcing Fairs. “Our turnout continues to be very strong.”

Among the major events coming up in the first half of the year are Hong Kong Fashion Week, Jan. 16 to 19; Interstoff Asia Essential, March 14 to 16, and the China Sourcing Fair, April 27 to 30.