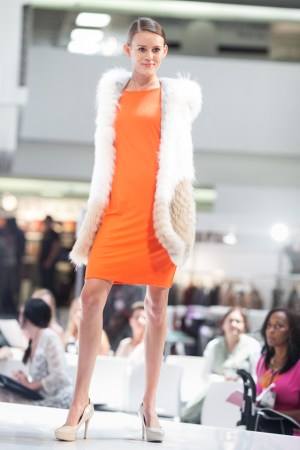 Terri Jackson, owner of Just the Thing in Columbia, S.C., said 2015 is shaping up to be one of her best years.

Jackson closed her Atlanta store this year and more than doubled her Columbia store to 5,000 square feet.

Katherine Roberts Burger, owner of K A Boutique by Katherine Roberts in Chattanooga, Tenn., said her store is exceeding expectations this year and noted that April was her biggest month ever.

Natalie Saitta, buyer for Uniquities, based in Chapel Hill, N.C., with four units, said, “Customers want special things and they don’t mind paying for it.”

Some showroom owners concurred with the upbeat assessment.

Randy Leib, co-owner of Leib Associates, said his retail customers are increasing their inventories, and added that they’re not as afraid of price as they were after the market crash in 2008.

Amy Hill, owner of the Amy J. Hill showroom, said a lot of retailers are getting stronger and added that her own bookings are up double digits for fall.

However, not everyone was so positive.

Sage’s Kitchens said online retailers have taken business from brick-and-mortar stores, “and it’s still not like it was in 2006-2007.”

The show was busier than a year ago, and Mary Sullivan Harper, senior vice president of leasing at AmericasMart, said it exceeded expectations.

Caron Stover, vice president of apparel trade shows, said her area was up 36 percent over June 2014, mainly thanks to strength in young contemporary and Southern-inspired novelty T-shirts.

Sage’s Kitchens, whose sales are up five to eight percent so far this year, shopped for plaid tops and dresses, jeggings, fur vests, sweaters with mock necks, fur faux details on coats and knits, fringe, jumpers and rompers, and tassels on bags, jewelry and other accessories.

Burger of K A Boutique by Katherine Roberts, booked holiday party dresses, as well as pants, jeweled tops, knitwear, scarves, and fine jewelry for resort. Spring-summer has taken off, with short dresses, jumpsuits, footwear and handbags selling well. Her sales are up around 25 percent this year, and she increased her open-to-buy for fall by 15 to 20 percent.

Uniquities’ Saitta bought jewelry (druzy and geo stones and tassels), handbags and footwear for immediate delivery, as well as novelty T-shirts. She also touched on fall, booking some outwear and sweaters, and holiday dressy tops.