Some 910,000 people visited the second edition of China International Import Expo, and $71.13 billion worth of deals, up 23 percent from last year, was signed during the six-day event, running from Nov. 5 through 10 in Shanghai.

More than 3,000 top companies from more than 150 countries and regions participated in the expo. At least 391 new products, technologies or services were released.

“China will follow the new development approach and the strategy of innovation-driven development and redouble our efforts to foster new growth drivers by shifting the growth model, improving the economic structure, and creating new growth momentum,” he said.

Fashion giants such as LVMH, Kering, Tapestry and beauty conglomerates like L’Oréal, Estée Lauder, Shiseido, Kao and Amore Pacific showcased a full range of brands and products for visitors, buyers and press from around the world. 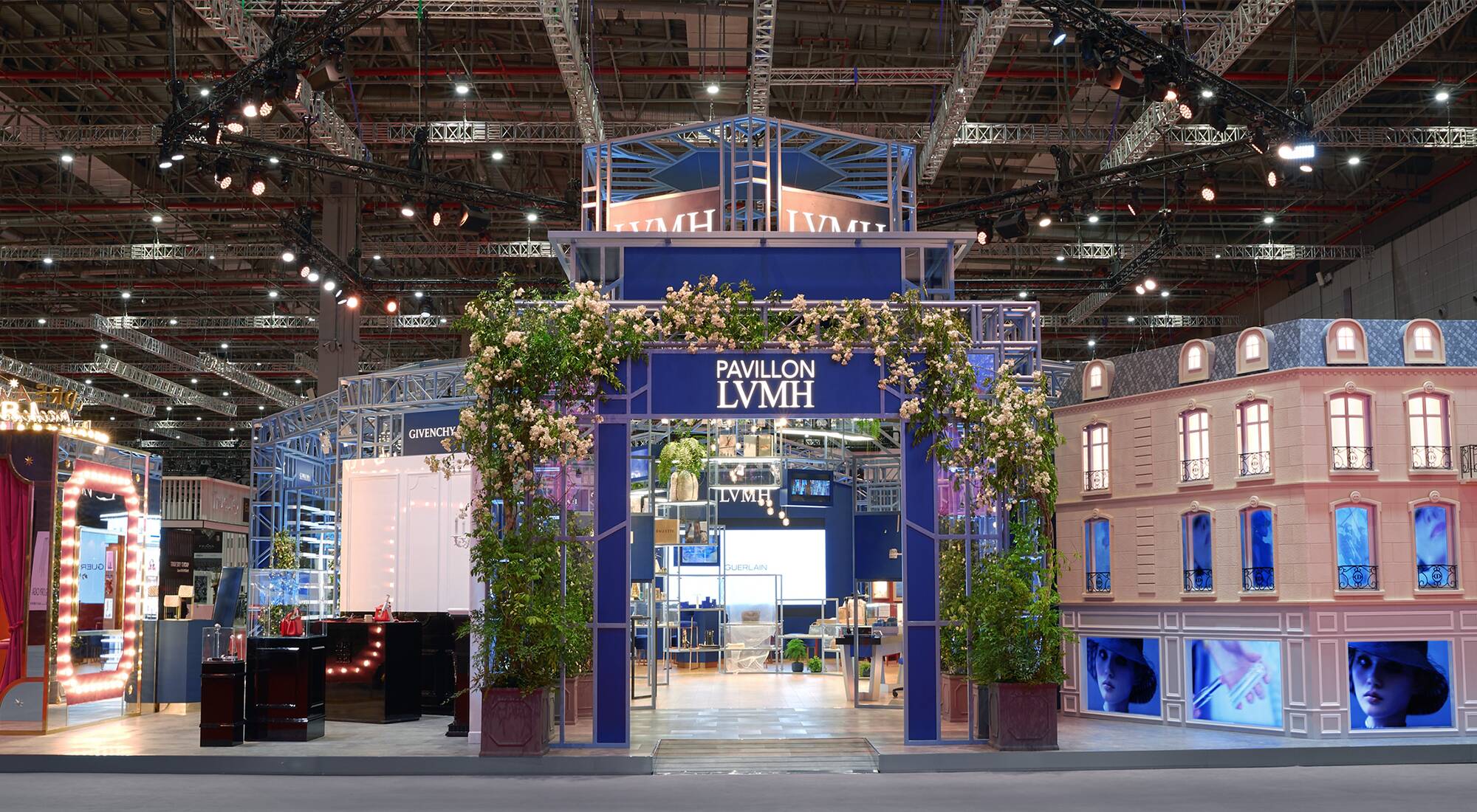 The LVMH pavilion at the second edition of China International Import Expo in Shanghai.  Courtesy Photo

LVMH is a major partner in CIIE. After signing a deal to bolster its presence at CIIE this March, 13 brands from the company participated within a pavilion focused on heritage and innovation, spanning 5,380 square feet.

Each brand has its own area to showcase its history and traditions. Dior, for example, re-created the facade of its 30 Avenue Montaigne headquarters in Paris, while Louis Vuitton erected a replica of the Eiffel Tower made from trunks and suitcases.

Frédéric Arnault, strategy and digital director at Tag Heuer, and the third son to Bernard Arnault came to Shanghai to represent his family. “We are honored to participate in CIIE. This will further strengthen our deep, rich and long-standing relationship with China,” he said.

Unlike other sections of the CIIE, such as food, technology and car, where transactions happened every minute, nothing was for sale for luxury and beauty brands. Andrew Wu, LVMH group president of Greater China, said its participation is a gesture of support to China’s reform policy. “CIIE represents a spirit that China will become more and more open. The participation of our group in it shows our determination to provide better products and services to Chinese consumers,” Wu added.

While LVMH bet on heritage, its rival Kering showcased its commitment to sustainability with a swanky 3,230 square feet pavilion, designed by Ole Scheeren, who is also the mastermind behind the CCTV headquarters in Beijing. 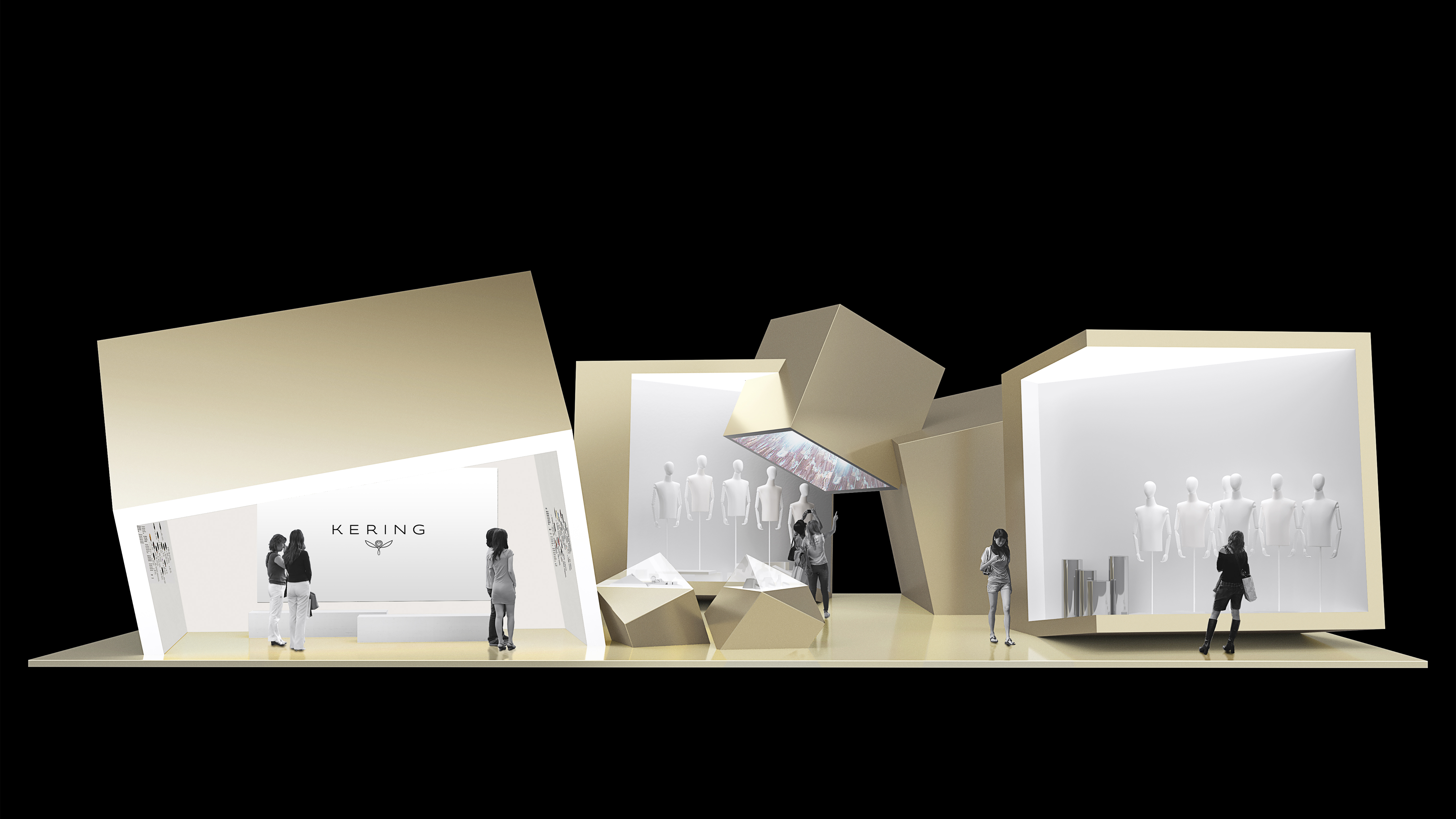 For Tapestry and Dolce & Gabbana, participating in CIIE is more about damage control. Coach, for example, invited four Chinese celebrities to praise their motherland in front of the local press.

Dolce & Gabbana, on the other hand, allegedly spent six months on the production of its pavilion, which featured a dozen pictures of the management traveling through Beijing, Shanghai and Xi’an and meeting with local government officials.

“CIIE was so big, it took me two whole days to just check out every corner of the lifestyle section,” said Annabelle Zhou, fashion news director at Jiemian.

Besides brand pavilions, there were a lot of jewelry brands from Hong Kong and suppliers from places like South Africa and Mozambique doing business, whether big or small, via WeChat Pay or Alipay. Some brands were even liquidating their samples on the last day with a heavy discount. 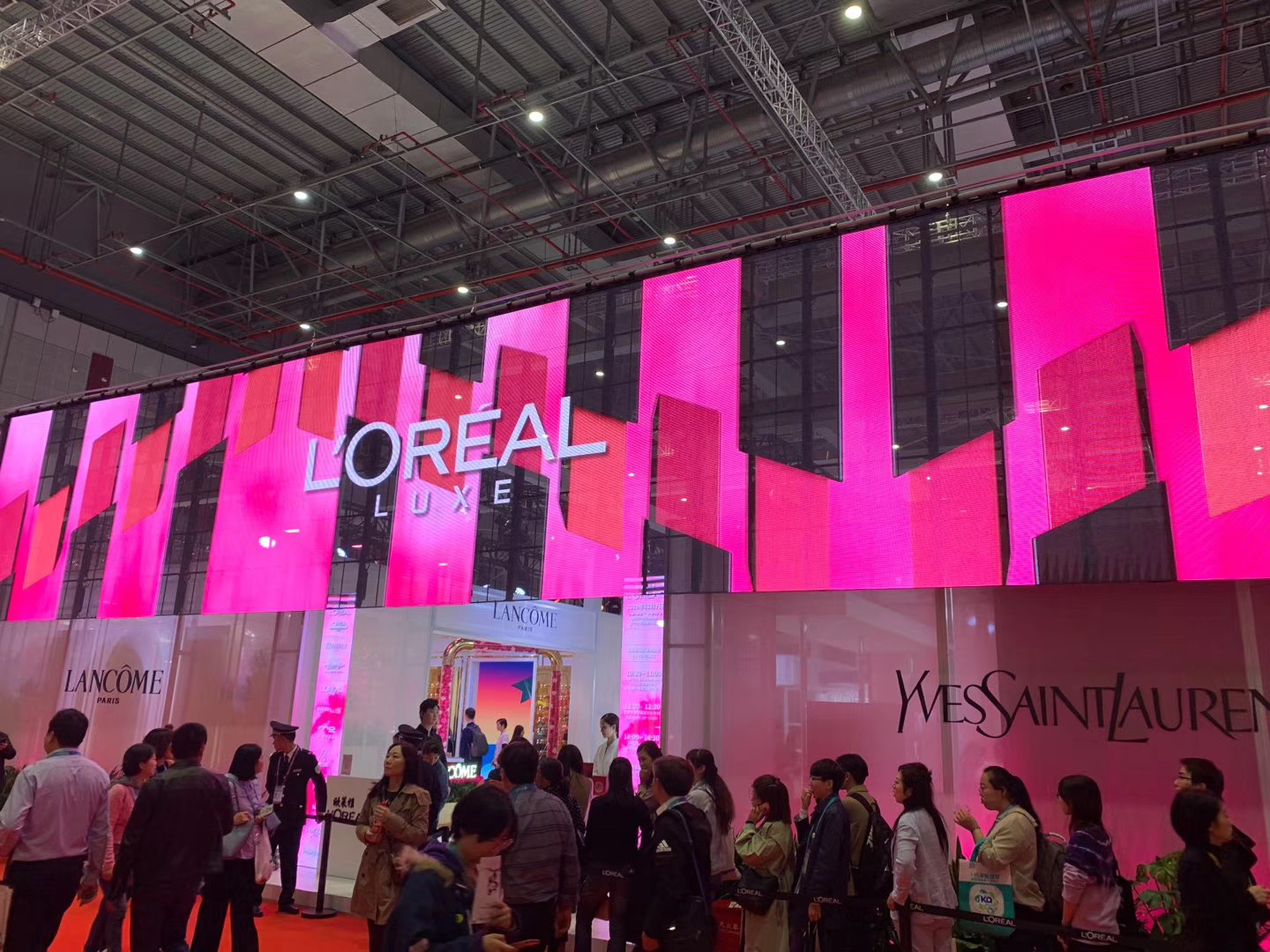 The L’Oréal pavilion at the second edition of China International Import Expo in Shanghai.  Courtesy/Bedi Ye

According to Zhou, beauty brands offered a lot more to see and experience than luxury brands at CIIE. “Luxury brands are here because it will make the government happy, and it’s really hard to come up with something new when they are doing it from the heritage angle. Even at the Kering pavilion, you can see they emphasize more on its vision on sustainability than each individual brand. Gucci’s stuff was almost tucked away deep inside,” she said.

“Beauty brands are really embracing technology and introducing more new products to China. Kao showcased its first products to employ fine fiber technology. Estée Lauder has this technology to recommend eye care products based on how many times you blink your eyes,” she added. “It was so popular that there was always a queue outside their venue.”

Fabrice Megarbane, chief executive officer of  L’Oréal China, said the Chinese market will provide a lot of room for companies seeking development and innovation. “We believe that the future will be for beauty tech because technology will make beauty more personalized. The digital transformation is immense. It is very fast, which also brings this driving force to the entire group to adapt to this market and keep winning in this market,” he said to the local press. 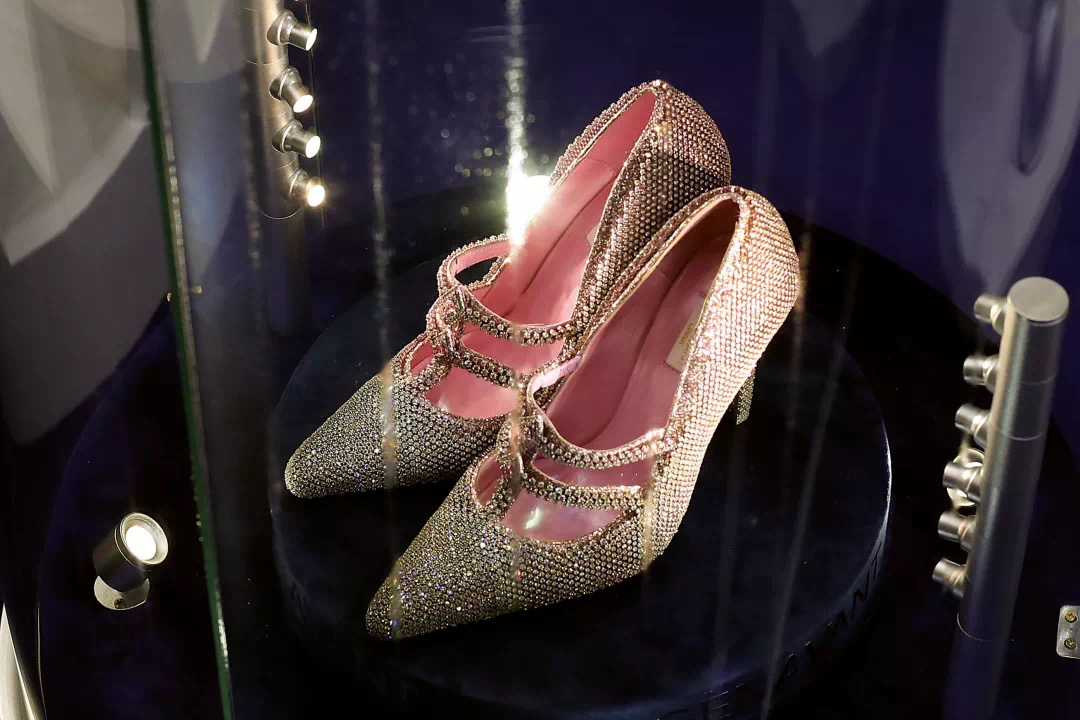 Pink diamond-studded shoes from Gènavant with a price tag of 30 million renminbi, or $4.28 million at current exchange.

For exhibitors like Reggie Huang, founder of Gènavant, a bespoke shoe brand, CIIE gave him great exposure to new connections, but the participation of international luxury and beauty brands takes a lot of the attention away.

“There was only us last year. People came to see our 30 million renminbi pink diamond-studded shoes. This year, since we were next to LVMH pavilion, I can definitely feel more people go there,” he said.

That being said, Huang’s business went well. He formed a strategic partnership with the e-commerce platform Secoo, received 300,000 renminbi worth of personal orders per day, and met with local government officials, trade delegations and people from the custom and police forces.

“For sure I will come back next year. Government officials were very fond of our Chinese element-infused design and sitting next to big luxury houses truly elevates our brand image,” he said.

“The fact that Coach and Dolce & Gabbana were included in the expo means that Beijing has forgiven them. And it’s a truly wonderful and worthy opportunity for brands to showcase themselves to China. The impact will be profound,” he said.