A bevy of trade shows and events kick off the year. 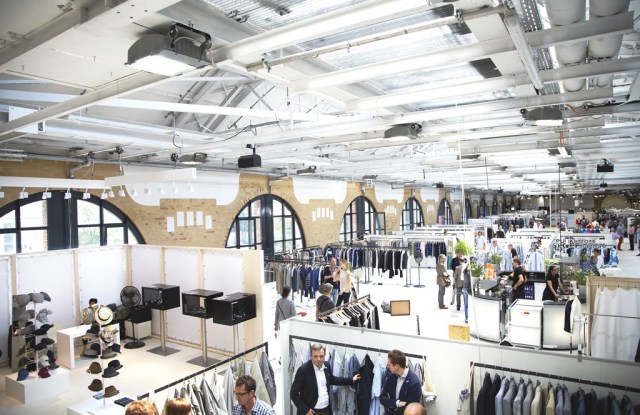 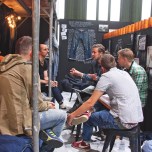 BERLIN — When it comes to trade show activity, Berlin has turned into a boom town.

From Jan. 18 to 21, the German capital will host a dozen trade fairs, plus Mercedes-Benz Fashion Week Berlin with some 50 runway shows and presentations. Then there’s WOW, the new intimate apparel trade show that will kick off the season for a three-day run on Jan. 15.

“Everyone is interested in being in Berlin,” said Verena Malta, organizer of Show & Order, another new sales platform bowing this season with about 150 international upper-end fashion brands, many not yet represented in Germany.

Germany has emerged as an attractively stable market amid euro zone jitters. Consumers’ willingness to buy remains high, according to recent GfK surveys, and though unseasonably cold summer and now warm fall weather has eaten into first-half sales gains of 4 percent, the nation’s retailers are still looking forward to a good Christmas season and a positive year-end balance. Many merchants have also worked hard to differentiate their assortments, suggesting new opportunities to be had in Europe’s largest market.

Germany’s apparel manufacturers also enjoyed a 13 to 14 percent upswing in the first half, reported Thomas Rash, director of the German Fashion Federation. While those increases have receded in recent months, he expects the industry to close 2011 “with quite a nice plus. The mood is very good.”

Booked to capacity with about 600 exhibitors, Bread & Butter has nonetheless eked out a bit of extra space for three new concepts this season. D.O.C.K. — Department of Contemporary Keynotes — is being introduced in Sport & Street, reflecting the sector’s more grown-up and dressed-up vibe. It will be housed in a container village abutting the Sport & Street hall and is expected to grow further next summer.

L.O.C.K. — Labels of Common Kin — the successful showcase for what B&B president Karl-Heinz Müller terms manufacturing heritage brands, will be expanded with an additional, 6,500-square-foot common showroom in the airport’s Fire Station behind the L.O.C.K. area.

Then, B&B is putting the former airport gates and their 21,500 square feet into action as the Treasury for the “whole accessories and gadgets sector,” said Müller. “It’s become such an important sector at retail.”
Premium is also full, and Seek is getting a separate new home next to the station.

“The Seekers are a new school of style, a worldwide community that does its own thing and lives and loves their products,” explained Premium co-founded Anita Tillman.

The new Premium F95 store, at the entry to the Station, will also be used as a special style window, spotlighting new brands such as BLK DNM by Johan Lindeberg, twice daily.

On the whole, Tillman said, “We are trying little by little to get more premium each season. That doesn’t mean just expensive, but rather new, classical, a mix. We’ve reduced the more commercial players, and denim too is no longer just blue denim. You need to be special as a denim brand.”

Bright has established itself as a consistent showplace for the boardsport, sneaker and related fashion scene in the former Stasi headquarters, while Projekt Galerie Showroom is moving to a new permanent home base on Brunnenstrasse, where it will present a tighter selection of about 20 progressive and avant-garde collections. Conversely, the second Berlin edition of Capsule is growing to 75 from 45 men’s and women’s contemporary brands. With the Paris shows on the heels of Berlin, Capsule is chartering a plane to Paris as a special service for their Berlin exhibitors.

In Fashion Berlin, the trade fair for fashion and accessories organized by In Fashion Munich, will also be back for its second Berlin run, while Düsseldorf’s fair organization, the Igedo Co., will be premiering The Gallery, its new format for design-oriented collections and accessories at Berlin’s Café Moscow.

A trio of shows will serve the green fashion community: the salonlike Green Showroom in the Adlon Hotel; Ethical Fashion, with its focus on sustainable urban and streetwear collections, and the fashion and lifestyle oriented Thekey.to, back after a season’s break.

Beyond Berlin, “everything points to growth,” said the organizers of Ispo, the leading active sportswear fair in Munich. More than 2,200 exhibitors will be on hand at the Jan. 29 to Feb. 1 edition.

It’s the end of an era, however, for CPD, as CPD Signatures will be held for the last time at the Düsseldorf fairgrounds in February. The Gallery Düsseldorf is slated to replace it off-site next summer.