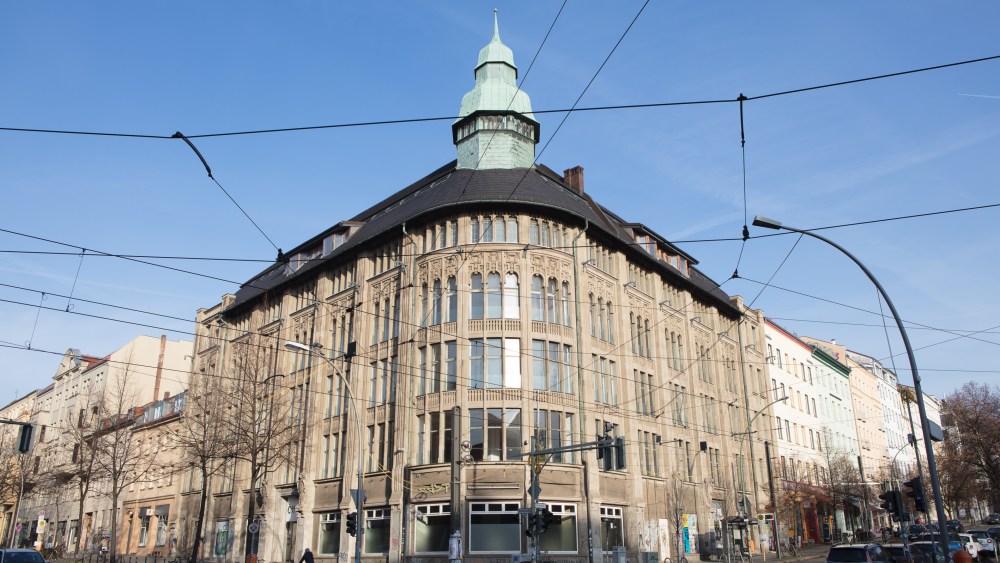 New venues, new concepts, tighter organization and a new spirit of cooperation are providing a spark for Berlin Fashion Week.

When Mercedes-Benz Fashion Week Berlin kicks off on Jan. 17, it will mark the beginning of a post-tent era, the slick, white oversized pavilion that set down on various Berlin locations now replaced by the historic Kaufhaus Jandorf. Oozing Berlin atmosphere, crumbling paint and all, the 1904 building on one of Mitte’s most youthful and lively corners has a storied fashion history, operating as a department store until 1945 and then as East Germany’s “House of Fashion.”

For Berlin Fashion Week producers IMG, the five-floor building was not only an edgier fit to the Berlin vibe, but as Catherine Bennett, senior vice president and managing director for IMG fashion events and properties, pointed out, it offered the possibility of installing three runway configurations.

“It’s a smaller venue — the largest setup is smaller than the previous [largest] one — but it’s a trend we’re seeing globally,” she noted. “Designers are going back to more intimate presentations. Where they previously wanted to seat 1,000 people, they’re now more interested in 500.”

This is especially true of Germany’s cash-strapped young designers, but it’s not limited to that crowd. Premium trade show market force Dorothee Schumacher was wooed back from her favored offsite locations to open the fall shows at Kaufhaus Jandorf. “I followed my gut-feeling, my intuition,” Schumacher said. “Berlin is this very eclectic, transgressive enfant terrible among all fashion capitals. Being the first show this year and thus welcoming the fashion family there feels right at heart.”

Schumacher is also taking a leap into the see-now-buy-now arena, incorporating a “Zeitgeist Edit” of three immediately available looks into her fall runway show. Comprising 12 pieces — a printed dress, five fanciful knitwear pieces, must-have boots and a nonchalant cross-body, the Zeitgeist Edit will be for sale at all Dorothee Schumacher flagships, the brand’s web shop and selected wholesale partners directly after the show.

IMG is activating the consumer tie-in even further at Berlin Fashion Week this season, installing The Shop in the lobby of Kaufhaus Jandorf. Here, a revolving daily lineup of seven designer and ready-to-wear labels — among them Atelier About, Barre Noire, Hien Le, Holy Ghost, Ivanman, Malaikaraiss, Michael Sontag, Perret Schaad, Philomena Zanetti, Riani, Steinrohner, Strenesse, Vektor and Vladimir Karaleev — will let consumers immediately buy selected runway looks from the new collections, or past seasons’ merchandise. Open from 9 a.m. to 8 p.m. (7 p.m. on closing day), the lobby is in general a public access area, where interested parties can watch live-streams of the Berlin Fashion Week shows.

“We want to give the public the opportunity to participate in fashion week, but also provide immediate tangible retail support for the designers,” stated Bennett. “It will be interesting to see what works, and what evolves.”

Steinrohner, which will participate in The Shop all four days, argued “We always thought it’s a good idea to have a point of sale in the same city as our show, so why not right next to it? As we are in The Shop for the whole fashion week period, we are visible to the audience longer than the few intense moments of the show,” said Caroline Rohner, who designs the label with Inna Stein.

Premium label Strenesse, back in Berlin after a few seasons’ gap, has developed a limited-edition shirt for 99 euros, or about $104 at current exchange, to feature at The Shop, hoping to target a younger consumer in addition to the traditional Strenesse customer. “The exciting new location as well as the expanded target group — a mix of trade visitors and fashion-interested end consumers — offers an attractive all-around concept for brands,” said a Strenesse spokeswoman.

IMG is not the only Berlin organizer trying to spark retail activity for German designers or add architectural interest to the city’s runway scene. The Berliner Mode Salon, organized by Nowadays’ founder Marcus Kurz and Vogue Germany’s Christiane Arp, put the landmark Kronprinzenpalais into action for the curated group BMS presentation of 40 emerging and established German designers as well as individual runway shows. The Palais on Festgraben and still-under-construction Humboldt Forum were added last June, and this season, runway shows will take place in the former State Council Building and the Imperial Telegraph Building, for a promising new range of atmospheric photo ops in Berlin’s historic center.

Moreover, a select group of BMS participants including Antonia Goy, Odeeh, Michael Sontag, Gabriele Frantzen, Mykita and René Storck will be arriving hot off a plane from Italy, having just made an appearance at Luisa Via Roma’s first Berliner Mode Salon pop-up launching during Pitti Uomo. Also in the works for the year ahead: a BMS event at The Corner during the Berlin Film Festival in February; a BMS women’s wear pop-up at Unger’s Uzwei “editorial store” in Hamburg, and a men’s BMS pop-up at Apropos — The Concept Store in Cologne.

“We need a regular system to give them [designers] access to their clients, a way of helping them help themselves,” said Kurz. “It’s a really tough time with multibrand stores.” And to be sure, 2016 was anything but a banner year for the German fashion market, either at the retail or manufacturing levels.

With no ready solutions to the multiple problems at hand — timing of deliveries, especially in light of the consistently non-cooperative weather; a shuttered domestic retail environment when it comes to adding new brands and the resulting same-everywhere assortments; a shrinking number of multilabel stores, falling in-store consumer traffic; global market shake-ups, and the growing share of online sales — the strategic reaction this season seems to be “just do it.” Better. More focused. And in a highly organized manner.

With about 40 runway presentations and eight trade shows running concurrently, not to mention a conference or two, there’ll be no lack of activity during fashion week. But for the first time in the city’s fashion week history, there are almost no scheduling conflicts in the runway calendar, and even the party-throwers seem to have talked to each other before planning their events.

Nonetheless, Berlin is Berlin, which means the week will end on a suitably anarchistic note, with Friday’s runway shows and/or collections including Depression, Agony or Odeur. Then too, in its second Amuse Bouche in Berlin before IMG’s semi counterculture event finally gets under way here next July, Made will bring Patricia Field to the capital to curate a show of designs by Scooter LaForge, Ben Coppperwheat, Jody Morlock,  Iris Bonner, Kyle Brincefield, SSIK Designs and Hushi Mortezaie Jan. 17 to 19 at the Appel Design Gallery.