The city’s fashion scene has grown exponentially in the decade since a few trade shows first set up shop. 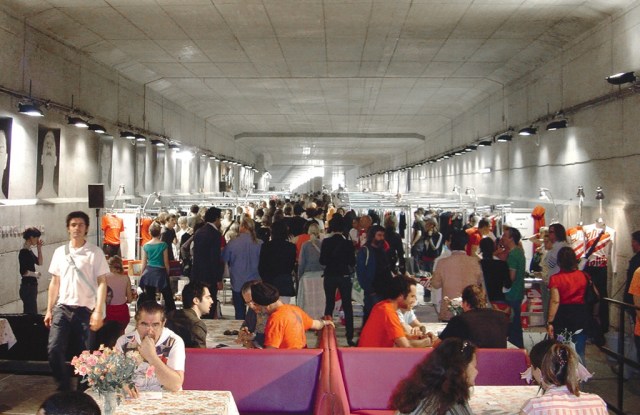 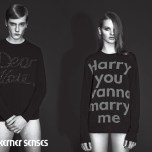 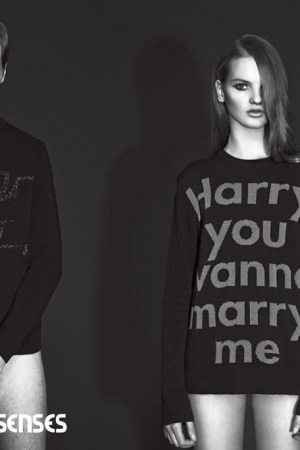 PVH Names Allison Peterson and George Cheeks to Board

What a difference a decade makes.

In 2003, when two fashion agents decided to launch a new kind of lifestyle fair literally underground in an unused subway tunnel on Potsdamer Platz, and three denim-loving friends opted to move their already offbeat urban wear show from Cologne to an industrial wasteland in Berlin Spandau, the reaction was skeptical. Sure, Premium and Bread & Butter, as these two platforms were called, were refreshing. Lots of fun even. But the potential anchors of Germany’s trade show activity? In Berlin of all places? No way.

Ten years later, the fall 2013 season gets its start Jan. 15 to 18 in Berlin in no uncertain terms, with almost all conceivable market segments now represented via a dozen trade events. In keeping with Berlin’s celebrated cool vibe, the German capital has become the undisputed contemporary and street fashion capital, powered by Bread & Butter, Premium, L.O.C.K., Capsule, Show & Order, The Gallery Berlin and Bright, plus many of the young designers showing on the runways, in the studio and assorted off-site venues during Mercedes-Benz Fashion Week Berlin. As the city grows, changes and becomes more international, however, there’s also a markedly more sophisticated designer look emerging at trade show stands, on runways as well as at The Vogue Salon, which will go into its fourth season in January.

Green fashion has established itself in Berlin with the Green Showroom and Ethical Fashion fairs, as well as Showfloor Berlin’s sustainable fashion catwalk shows which are open to the public. And while more mainstream brands have been inching their way onto the runway schedule the last few seasons, the debut of the Panorama trade show will fill the commercial gap with a domestic and international assortment of mid-market and broad distribution brands.

It’s a solid lineup. Too solid for a mere four days, some say, but most events are booked to capacity, or, as in the case of the slimmed-down Bread & Butter, to its newly desired size of about 500 exhibitors. Fair organizers stopped official visitor counts some years ago, but no one is projecting a falloff from recent levels of 200,000 to 250,000 domestic and international buyers and trade visitors.

As for the home team, “retailers will definitely be coming to Berlin,” stated Axel Augustin, spokesman for the German Apparel Retailers Association. “Long-term partnerships between major brands and stores have recently come under criticism, and everyone is searching for new labels. They’ll all be at the fairs.”

As the first big fashion market for fall, Berlin’s lead-off position makes it more of a “go see” than “go buy” city, at least for domestic retailers.

“Honestly, Düsseldorf and Munich are still the writing platforms,” said Luca Strehle, chief executive officer of Strenesse. “But Berlin provides an important overview and confirmation of what the labels can expect when [the retailers] are back to buy in a few weeks. And it’s also a place of communication and exchange, as well as an opportunity to generate press,” he said.

For Premium, 10 years calls for a celebration, and cofounders Anita Tillmann and Norbert Tillmann will be throwing a big bash. But it’s also a prime time to reflect on not only where Premium but also the city has come from — and where they’re going.

“The main thing that’s come out of Berlin these last 10 years is that it was time for a new generation of the fashion business with different fair systems and a different time definition. What we’ve done in Berlin is build a frame and a base that we can slowly build up,” declared Anita Tillmann. “Now people with backgrounds from Prada, Versace, MoMA, who speak two to three languages, are willing to work for much less than they’re used to, just to be in Berlin. The quality of people has changed, and that will drive the next phase,” she said.

Tillmann and her partner — no relation, they just happen to share the same last name — were also instrumental in attracting IMG to the city, and are advisors for the new mid-market fair, Panorama.

“Of course it’s important for us to make a statement, to delineate Premium from Bread & Butter and Panorama, and this is the best selection of brands we’ve ever done. But Panorama will bring new brands and new buyers to Berlin. You’ll now be able to see the whole portfolio in Berlin.

“We’re working to bring the creative part of Berlin together with the commercial part. That’s what has to be done,” she continued. To make Berlin the place where there’s “an active exchange between production and creative impact. We’re working on it.”

“Almost everybody said Berlin wouldn’t work when we decided to come here. They said it was too poor,” remarked Bread & Butter chef Karl-Heinz Müller. “But the success of Berlin is that it’s a good breeding ground for everything to do with young culture. The city has turned into a true metropolis,” he stated.

“I mean, why else would Apple decide to build its largest European flagship in Berlin? Or just think of what kind of restaurants have arisen here. In the meantime, there’s shopping tourism in Berlin, which I think the fashion fairs together have helped to create. The city has found its place in contemporary fashion.”

But while there’s much positive to report, Müller is no fan of the status quo. “Everyone has diversified, and there’s just too much of everything. Stores. Brands. Fairs. The competition is bigger than ever,” he noted.

As reported, Bread & Butter has scaled back its portfolio this season, in an effort to separate the wheat from the chaff.

“It means a targeted decline in turnover, but I think we have the duty to support design accomplishments and not copyists.” But while smaller by some 100 to 120 brands, B&B has added 100 new labels at the show, Müller stated. “It’s no longer about the big superstars, but rather lots of small, good people, and I hope retailers take the time to look. There are boutiques who say they don’t need to come to B&B, but it’s a mistake. Buyers have to be more active.” In what he considers this boring age of verticalization, “there’s going to be renaissance of retailers that really pick their wares and know how to present and sell them,” he predicted.

Emerging designers from Berlin or elsewhere in Germany, plus a seasonally changing sprinkling of creatives from abroad, are an increasingly important part of the Berlin fashion equation. Nonetheless, they continue to face considerable challenges scrounging up the funds to finance a show, presentation or trade show stand, let alone a showroom.

“Sponsors were a horror to find this season, not to mention that most sponsors are not allowed,” noted Kilian Kerner, who claims to be the only young Berlin designer presenting his 10th consecutive show in the MBFWB tent this season. He’s also one of the few designers here to hit 1 million euros in sales. “And I’m the last person people were expecting that of,” he quipped.

“I’m firmly convinced labels like Kaviar Gauche, Lala Berlin and I wouldn’t have come so far without fashion week. We all started together, and it’s terrific that we’re still here,” said Kerner. “Many aren’t. But interest in the shows from the shops is growing, and while it’s not easy, Berlin is surely on the right road and has potential.”

The runway shows of Mercedes-Benz Fashion Week Berlin are actually just entering their sixth year, or 11th season, this month. “It’s the event that’s probably given me the most pleasure to watch grow,” commented Peter Levy, senior vice president and managing director of IMG Fashion.

Looking back on MBFWB’s development, he said it’s moving rapidly. “The designers — and we have both mature and emerging talents — are learning more and more what’s right and what’s wrong. They’re definitely getting more sophisticated, and now it’s about taking them further.”

Part of IMG’s overall mission, he pointed out, “is to take the momentum of a great show performance to help promote these brands. The pieces need to be all in place, and to some extent, they are.”

Showgoers, however, may be surprised to find one piece missing in action this season: Escada. After emerging from insolvency, the Munich fashion house chose to stage Escada Sport runways shows in Berlin, and indeed, has occupied the prestigious opening slot in the tent for the last two seasons.

“Yes, we’re walking away, but it has to do with our internal focus for 2013. We starting e-commerce plus a lot of other social media and digital activities, and then we’ve been doing 15 to 20 fashion events around the world and will continue to do so, concentrating on Asia, Russia and the U.S.,” ceo Bruno Sälzer explained.

Nonetheless, Sälzer will be in Berlin during Fashion Week. “I like the overall mood. It’s really something,” he said.

Nina Kuhn, marketing and communications director for Galeries Lafayette Berlin also believes the German capital stands out and has come a long way. “Berlin is still young when it comes to fashion. Ten years is nothing but already long enough to see there’s been a great development and so much more potential for the future.”

She said Berlin’s designers have become much more professional and more self-confident, thanks in no small part to the international attention generated by Premium and Bread & Butter. “When we started our Labo Mode collaboration with Esmod years ago to give young designers here a platform, the first design collaborations were all about T-shirts. It was creative, it was new, you could see the potential, but it was just the beginning.”

Today, “if you look at our Berlin designers and the possibilities they have to show their collections at Mercedes-Benz Fashion Week, we can all be really be proud,” Kuhn said. “Designers like Michael Sontag, Vladimir Karaleev or Kaviar Gauche show that Berlin is definitely on the best path to achieving international acceptance.”

And to help boost their retail possibilities, Galeries Lafayette is reintroducing Labo Mode for selected designers in 2013.