Brand Assembly's various businesses include the flagship Brand Assembly and Reassembled trade shows, The Square, a coworking space, and The Faculty, a back-of-house hub.

Hillary France, cofounder and chief executive officer of Brand Assembly, a New York and L.A. business platform and community that helps brands cultivate their businesses, has been quietly building her organization for more than six years.

Brand Assembly hired Adele Tetangco, cofounder of Garmentory, in July as chief merchant and marketing officer. Tetangco recently relaunched Brand Assembly’s web site, and is working on marketing and social media from her home base in Vancouver. 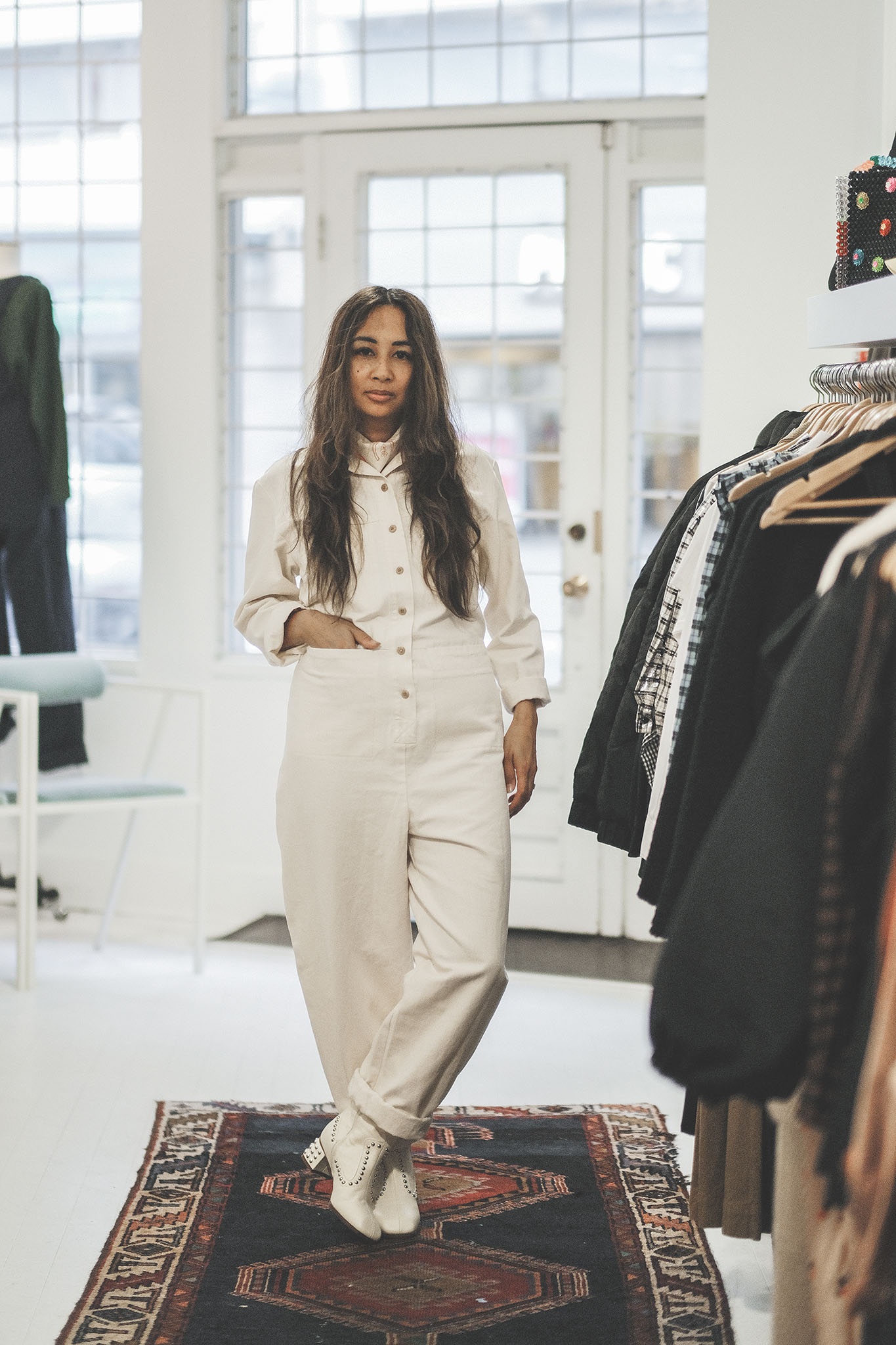 Rounding out the business is The Square, a coworking space in New York and Los Angeles, and The Faculty, a full-service back-of-house hub that frees designers to focus on the creative end, while it provides a comprehensive suite of operational, logistics, financial and marketing services.

As part of The Square, Brand Assembly provides permanent work space for brands, as well as an opportunity for pop-ins to work in the space on a daily or monthly basis. Brands such as Rachel Zoe, Andi Bags, Onzie Active and Year of Ours have permanent space at the New York headquarters at 56 West 22nd Street. In Los Angeles, those with permanent space are It Is Well, Trina Turk, Black Halo, along with multiline showrooms like Kris Mesner. The L.A. office is located at Cooper Design Space at 860 South Los Angeles Street.

“Working from The Square in L.A. and New York City has offered us a community we couldn’t find in other coworking spaces. Also it offers flexible spaces, which is super helpful when we need more space during market weeks. Brand Assembly has been incredibly supportive as we grow,” said Eleanor Haycock, cofounder of Year of Ours, an activewear brand.

“We love coming to the shared loft space every morning. It’s a collaborative, nurturing environment,” said Louisa C. Rechter, cofounder and ceo of Mestiza New York, a contemporary eveningwear label. “As an entrepreneur, there are a lot of new obstacles one encounters on a daily basis, and at The Square, I have the ability to reach out to a neighboring brand or one of the Brand Assembly staff members to provide me with insight and advice. You know you’re not in this alone.”

Reassembled hosted its first trade show last September in SoHo, and the upcoming February show in New York will take place at Industria Feb. 9-12. It will feature approximately 50 brands that are under the radar, and were discovered on Instagram, said Tetangco. In Los Angeles, Reassembled will take place in a former retail store March 9 to March 11, and in Paris, at 71 Rue de la Fontaine au Roi from Feb. 28 to March 2.

Last September, Reassembled featured an unconventional theme of Fast Food, which had activations from McDonald’s and Gray’s Papaya, the hot dog chain, and the upcoming season’s theme is noodles. The show features an open floor plan, which creates buzz and allows for discovery.

“Our buyers are looking for things that will round out their assortments,” said France, who formerly worked in wholesale and retail buying at such brands as Diane von Furstenberg, Rachel Zoe, Kimberly Ovitz, Kate Spade and Guess before striking out on her own.

Last season, the topic of the panel discussions during the trade shows was sustainability in both the industry and in one’s personal life. For 2020, the theme will be sexual wellness.

Brand Assembly, which launched its flagship trade show in Los Angeles almost seven years ago, launched in New York and Dallas two years ago. “We get all the major stores, such as Saks, Shopbop and Intermix,” said France. The company employs 10 people in New York, two in Los Angeles and three in Vancouver.

Brand Assembly, which will have its New York pre-fall show Feb 10 to Feb. 12, will be held at Pier 36, alongside Cabana and Capsule. In Los Angeles, it takes place at the Cooper Design Space Jan. 12 to Jan. 15 (pre-fall) and again March 9 to March 11 (fall). The Dallas show is planned for the first half of 2020, but an exact date hasn’t been determined yet.