Country is a bright spot amid global woes. 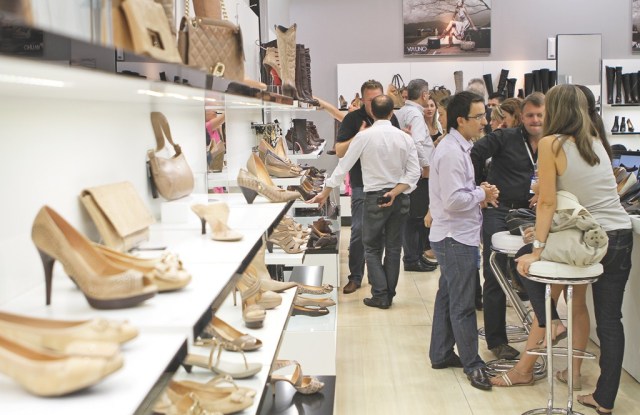 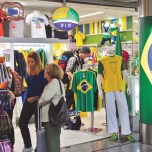 RIO DE JANEIRO — Some fashion weeks scheduled for the first half of 2012 in Brazil promise changes in their size and location, but all expect purchasing to be strong in the thriving Brazilian economy, organizers said.

São Paulo Fashion Week, which features up-market, fashion-forward, winter 2012 collections, will again be held from Jan. 19 to 24 at the 300,000-square-foot Bienal Cultural Center in Ibirapuera Park, its venue for many years. The upcoming SPFW will feature 40 designers and is expected to draw 80,000 attendees and around 50 foreign buyers.

Typically, business during SPFW — at independent, off-site salons, showrooms of SPFW designers and presentations in various locales — brings in around 1.5 billion reais, or about $855 million at current exchange. Purchasing volumes during the January SPFW are expected to reach this level in this still-strong economy, said Graça Cabral, a director with Grupo Luminosidade, which organizes SPFW and Fashion Rio, Brazil’s second-largest fashion week.

Alessandra Ribeiro, an economist with the São Paulo-based Tendências Consultoria, a political-economic consulting firm, said, “Consumer spending is expected to be 4.2 percent in 2011 and a growing Brazilian middle class with more purchasing power tends to buy fashion, among other things, because it is a sign of status. This is why the Brazilian fashion market is growing and should continue to grow in 2012, as consumer spending remains stable.”

The biannual Fashion Rio, which offers more affordable, mainstream apparel than SPFW, will feature 30 designers and is expected to attract 70,000 visitors and 30 foreign buyers to its Jan. 10 to 14 edition. The event will be held inside three remodeled warehouses in some 278,000 square feet of space at the Mauá Pier.

Rio-à-Porter, Fashion Rio’s buyers’ salon, will be moved from two other remodeled Mauá Pier warehouse locations to an off-site location that is still being negotiated. The new Rio-à-Porter space will be considerably smaller than the 126,000-square-foot space at Mauá Pier warehouses and will house fewer exhibitors than the 160 featured at the salon’s former location.

“At the January 2012 edition of Rio-à-Porter, we plan to try out a smaller and more intimate format where we will invite better-known, mostly Rio labels, to exhibit in a smaller space,” said fair organizer Cabral. “Reducing the number of exhibitors by not inviting lesser-known ones means, however, that Rio-à-Porter sales will, in January, be lower than in the past.”

Fashion Business, a Rio de Janeiro buyers’ salon run by Dupla Assessoria and Escala Eventos, which are event organizers, will feature 250 exhibitors from Jan. 10 to 13. It is expected to attract 60,000 visitors, mainly domestic buyers.

The event will no longer take place in four to five large tents at the Marina da Gloria, where yachts dock, and where a new convention center is being built. Organizers have a new address picked, but can’t announce the location until they sign a leasing contract.

Fashion Business is inviting 1,000 national buyers for the next event, but no foreign buyers, a practice stopped in 2009, when the global economic crisis began and as the fair began to gear itself exclusively for the domestic market. This January’s event hopes to take in 15 to 20 percent more than the 690 million reais, or $413 million, that it registered last year, organizers said.

“Our expected increase in sales is due to a growing economy which is, in particular, causing the opening of more multibrand stores,” organizers said.

At all of these upcoming fashion fairs, foreigners will find fashion prices high, but not pricier than at the last January editions. That’s because, while the dollar and euro have been stable against the real, the local currency, since those editions, it is still overvalued against the dollar and euro, said Cabral.