The historic collaboration with the Emirati royal family was launched at the Louvre in Abu Dhabi.

Sonam Kapoor with Jean-Christophe-Babin during the show for Bulgari's high-jewelry collection Jannah in Abu Dhabi.

ABU DHABI — Bulgari unveiled its latest high-jewelry collection, Jannah, in a dazzling show that lit up the Louvre in Abu Dhabi.

The collection, more than two years in the making, is the first collaboration between a high-jewelry house and the United Arab Emirates ruling family. The 36 pieces were designed by Her Highness Sheikha Fatima bint Hazza bin Zayed Al Nahyan working with Bulgari’s creative director, Lucia Silvestri. Inspired by five petal flowers that adorn the ceiling of Abu Dhabi’s famed Sheikh Zayed Grand Mosque, Sheikha Fatima worked closely with Silvestri to design the collection as an ode to her grandfather’s legacy of building dialogues between civilizations. 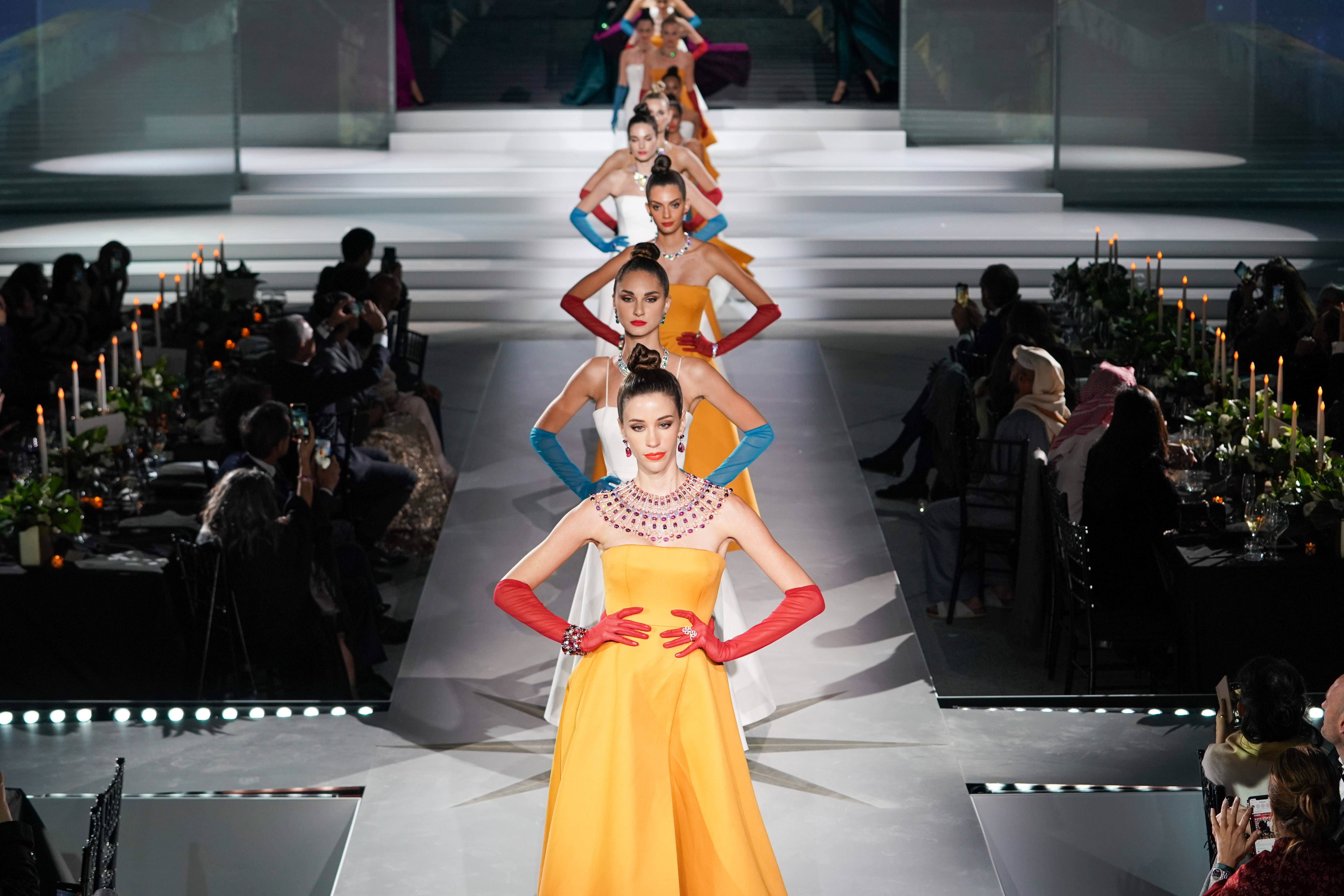 “This is a story of two cultures converging to execute the same dream,” said Bulgari chief executive officer Jean-Christophe Babin. “It’s a universal statement of friendship and tolerance. Too often politicians and media want to stress differences. We want to express commonalties.”

The collection has one masterpiece necklace which Sheikha Fatima made for her grandmother, referred to as the “mother of the nation.” It features a single, 15 carat cushion-cut emerald. The piece has the Sheikha’s late grandfather’s name “Zayed” engraved in Arabic on the back of the pendant so it will be close to her grandmother’s heart. Nine exclusive pieces belonging to the private collection of Sheikha Fatima is on display at the Louvre along with 26 jewelry designs, and two watches. The jewelry ranges from poncho style neck pieces and ring bracelets to a tiara that is a modern interpretation of a traditional Arabic headpiece.

Babin said the collaboration is a “coming together of two powerful families in a celebration of shared values and heritage as well as a fusion of two magnificent cities, Abu Dhabi and Rome.”

Sheikha Fatima, like many female members of the royal family in the UAE, is very private and will not be the “face” of the collection.

Indian actress Sonam Kapoor fronts the campaign for Jannah that was photographed in Abu Dhabi and Rome. The actress flew in for the unveiling at the Louvre. “At this time when there is so much divisiveness all over the world, I really liked the idea of highlighting similarities. Everywhere in the world there is a certain intolerance that is creeping in. I want to be able to use my voice in a way that is positive,” she said.

Babin believes the universal appeal of the flower symbol in the Jannah collection will reverberate beyond the Middle East. “We have started to develop a more accessible execution of Jannah which will be proposed in stores and start in the Middle East,” the ceo said.

“The Sheikha did not want this to be only for rich people,” he said. “We don’t see it as a one-off. The motif is very powerful, unique and versatile. We see it as a potential not only for high jewelry, but for regular jewelry, which we are developing.” 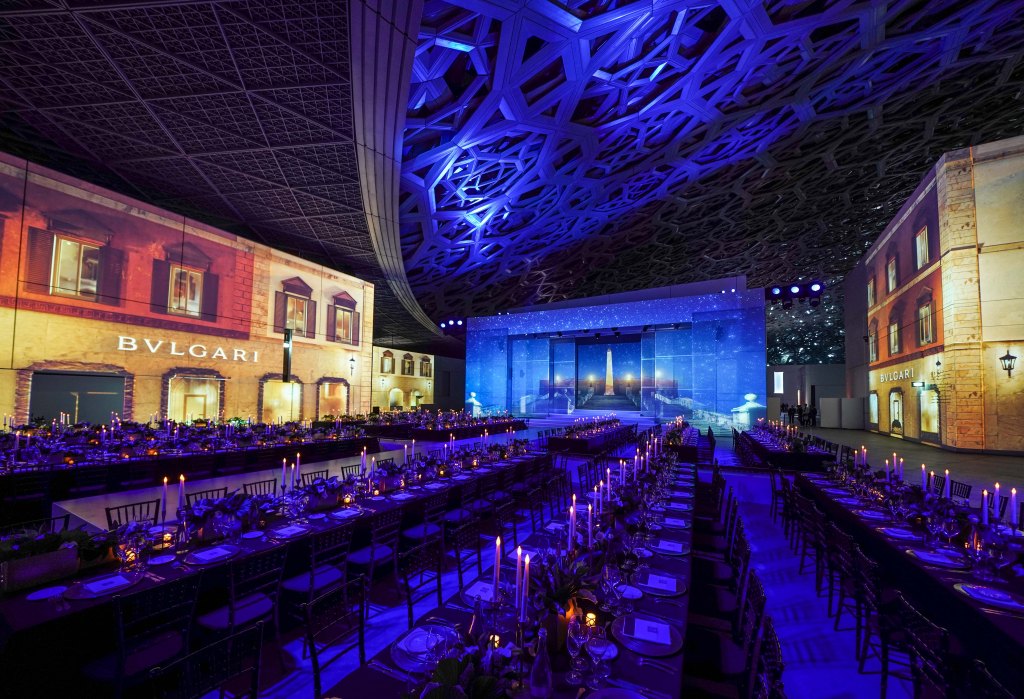