Buyers Focus on Immediates in Atlanta

What had been a traditional spring market at AmericasMart again focused mostly on immediate deliveries, as many buyers shopped with less credit and more cash. 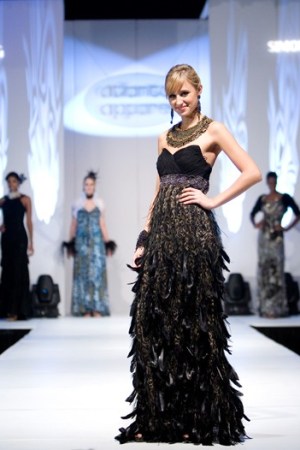 ATLANTA — What had been a traditional spring market at AmericasMart again focused mostly on immediate deliveries, as many buyers shopped with less credit and more cash.

For the second year, the Atlanta Apparel Market, which ended its five-day run Oct. 19, reflected a departure from season-specific markets, with retailers reluctant to look too far ahead or stock excess inventory.

“Some worked, some didn’t,” said Lori Kisner, senior vice president of leasing for AmericasMart, adding that the mart will continue to try different programs at future shows.

“What typically would have been a great spring show was great on immediates and only so-so on spring,” Kisner said. “Retailers don’t really have access to credit so they’re relying on cash, and the concept of buying farther out is changing.”

She said the bridal category, which typically gets a big push for the October show, was soft, attributing the decrease to the economy and the move to more destination weddings.

Edward Kwang, who directs trade and press for the firm, said, “Buyers are focusing more on fall and holiday and buying closer to season, but it’s already been that way for the past few years.”

Kwang said top performers at market included a wool and viscose coat with leaf embroidery that wholesales for $179 and a three-piece embroidered denim skirt set for $159. Buyers who did look toward spring responded to a pink silk shantung dress set for $169 wholesale, Kwang said.

To celebrate its 10-year anniversary showing at the mart, JSong offered buyers a 20 percent discount on immediate orders and 10 percent off spring purchases, an unprecedented move for the firm.

“We don’t do discounts, so for us this was big,” said Kwang.

He said lines that featured more affordable prices but maintained a perceived value sold well, including 1AR by Unoaerre, an Italian line of 18-karat gold-plated jewelry that retails from $90 to $300.

Although most of the show action focused on bargains and immediate deliveries, some buyers were in the mood to look ahead.

“I bought no immediates,” Lindley said. “Even if I’d seen something I wanted I would have had to push it to 2010. We’re all spent up [for fall and holiday].”

Her budget for the show remained flat and she reported that “business is steady now,” adding that she’s even seen sales increases of 5 to 8 percent this year, after a “terrible” 2008.

Although Lindley said her customers are shopping less frequently, they are spending more per visit, which she attributed to the store’s wide retail price range of $80 to $500.

Leslie Pittman, owner of Laura Kathryn, a high-end contemporary boutique in Birmingham, Ala., bought colorful party and social occasion dresses, rompers and tops, noting freshness from resources such as Before and Again, Ali Ro, and Liquid, a contemporary dress and sportswear line Pittman called “a great alternative to Rebecca Taylor and Tibi,” because of its lower price points.