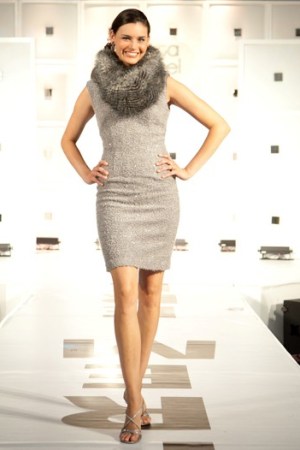 Other top fall trends at the show were oversize jackets and blazers, layered sportswear, layered accessories, mix and matching colors and prints and colored fake fur.

Buyers focused on fall and holiday, but also filled in on dresses for summer. Even though it’s been unusually hot this June in the South, specialty store retailers said that hasn’t seemed to affect sales. June and July are typically slower, but sales are staying healthy, they said.

“The collections and brands are staying positive, fresh and colorful,” she said. “Fashion is not minimalist.”
The Apparel Mart’s June show is slower and shorter than its other seasonal events. Nevertheless, several showroom owners said traffic was busier than they expected.

“We love to find things that are different for our customers,” said Flowers. “We’ll dig and dig for something that’s edgy but not too edgy.”

Peggy Lowe, owner of Tads Two in Tylertown, Miss., booked about 20 percent of her fall, filling in gaps for dresses and accessories, as well as oversize jackets and layered sportswear.

As for dresses, Lowe added, “I have stayed with sundresses for young women, but now everyone wants dresses.”

While the economy and the hot and dry weather are affecting her business, Lowe said her sales are still slightly up.

Despite the iffy economy, Dale Augenstein opened a 2,000-square-foot store, Caroline’s Boutique, in Hilton Head, S.C., this month. Augustein, who owns a seafood restaurant in the same center as the store, said the restaurant had record sales in 2010 and is experiencing a 20 percent increase this year.

“I’m impressed by the sales growth of the tourism industry [there],” he said. “The business climate on Hilton Head is very good.”

Augenstein said he bought 75 to 80 percent of his fall at the show, and filled in on summer items, including sundresses and casual cocktail wear.