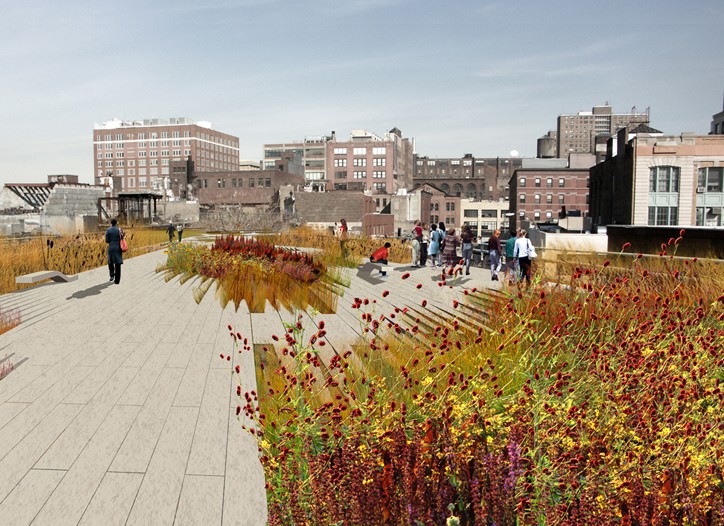 NEW YORK — Calvin Klein Inc. is giving its friends, family and hometown a gift for its 40th anniversary.

Over the years, the company has developed a reputation for throwing events, and the Sept. 7 party to fete the brand’s 40th year in business is equally ambitious in its scope. The event will be held in a purpose-built provisional John Pawson structure adjacent to the much-anticipated High Line. Guests that evening will be able to get a tour of a portion of the High Line, the first section of which is scheduled to open before the end of the year.

The High Line is a 1.5-mile, 22-block-long former elevated railway the city of New York and the Friends of the High Line are redeveloping into a 6.7-acre public park and promenade that stretches from West 34th Street to the Meatpacking District.

“We were looking for a way to commemorate the 40 years in business, and members of our team came across the High Line,” said Tom Murry, CKI’s president and chief operating officer. “It’s an artistic installation, and it’s in New York City so it’s near our roots, just a few blocks from offices where Calvin and Barry [Schwartz, Klein’s business partner] first started their business. We have a big global business today, but we never forget where we started, right here in New York City.”

The company is making a significant donation to fund the project’s future operations, though Murry declined to disclose the size of the gift.

“It’s the biggest park installation in Manhattan in probably three decades,” Murry added. “If we can raise awareness in addition to contributing a sizeable amount of money to get the project up and running, then we think we have done something good for New York City.”

Malcolm Carfrae, CKI’s senior vice president of global communications, said the project came together after several tours of the site and almost a year of talks with the Friends of the High Line. “They were extremely interested and worked hard with us to get the appropriate permissions to make this happen.”

For the occasion, architect Pawson, who has worked with CKI for more than a decade and created the store concept of the Calvin Klein Collection boutique on Madison Avenue, designed a multilevel structure to house the party space. It will be built on a parking lot site on the corner of 10th Avenue and 30th Street, and feature a bridge walkway to the High Line.

Pawson is known for his minimalist aesthetic, and in true Calvin form, the event space looks set to be a striking, purist structure.

Pawson said, “We’re both after the same result. For nearly a decade and a half, it’s been extraordinary working as a team to achieve it.”

The space also will feature a custom-built work by artist James Turrell, who created one of his signature “Space Division” light installations for the event.

According to Joshua David, co-founder of Friends of the High Line, CKI’s donation will be used to establish an endowment for the maintenance and operations of the park.

“Philanthropic donations from companies such as Calvin Klein Inc. help to ensure the long-term maintenance and care of the High Line so that it can be enjoyed by New Yorkers for generations to come,” said Parks and Recreation Commissioner Adrian Benepe.

After the party, Pawson’s structure will be dismantled and the viable materials will be donated to several nonprofit organizations that can use them for different purposes.

The women’s Collection show, meanwhile, will be held on Sept. 11 at the company’s West 39th Street headquarters.