The Candie’s Girls: Past Ad Campaigns From Britney Spears to Hilary Duff

Check out past ad campaigns from Britney Spears to Hilary Duff to Vanessa Hudgens. 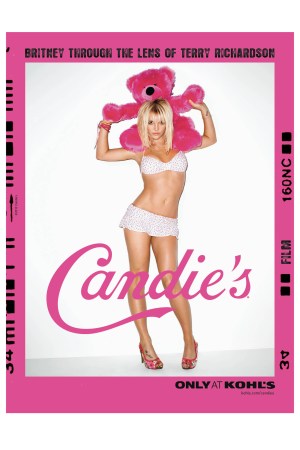 “Modern Family” actress Sarah Hyland has just been named the latest Candie’s girl — and first-ever creative director —- WWD has exclusively reported today, but she’s the latest in a long line of young women on the brink. Remember when Britney Spears was an up-and-comer? What about when Lindsay Lohan was a “fresh face?” Or, for those dating back even farther, when fabulous fortysomething Jenny McCarthy was still an ingénue bombshell and MTV breakout star?

Others who have appeared in the company’s brand campaigns include girl group Fifth Harmony — fall 2015 to spring 2016, just prior to Hyland taking the seat for the fall 2016 ads; actress-singer-model Bella Thorne; then-“Glee” star Lea Michele; “High School Musical” sensation Vanessa Hudgens; Hayden Panettiere — back when she was on “Heroes”; Alyssa Milano, and musicians the Dixie Chicks, Fergie, Lil’ Kim, Ashlee Simpson, Hilary Duff, Kelly Clarkson, Vanessa Carlton, Ashanti and Destiny’s Child (yes, back when Beyoncé was still just part of the trio).

While it’s mind-boggling to see how far most of these women have come, it attests to the Iconix Brand Group’s knack for marrying celebrity with its licensed properties.

The company acknowledges that “customers today are looking for fashion authorities who resonate with them,” but it won’t yet say which of its other brands will be tapping celebrities in a more substantive role like Hyland’s. For her part, the actress says, “It’s just been an altogether amazing experience so far.”