Manufacturers display new and unique offerings to attract buyers as growth in the industry cools. 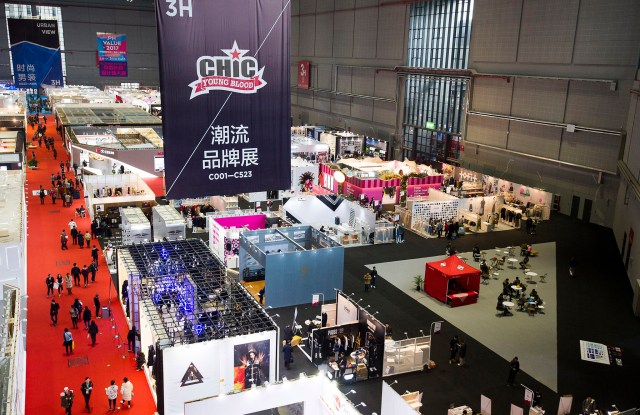 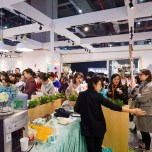 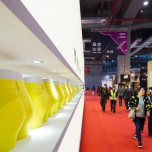 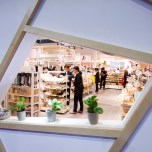 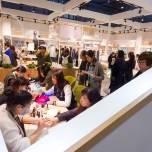 SHANGHAI — Visitor numbers to the latest edition of the China International Fashion Fair here appeared to be up on the previous edition, according to organizers, as buyers were keen to view new product offerings from manufacturers forced to transform in a cooling economy.

The apparel fair ran from March 15 to 17 at the National Exhibition and Convention Center, including more than 1,200 brands from more than 21 countries and regions.

The fair coincided with China’s National Bureau of Statistics release of retail sales figures for the first two months of the year, which showed that even as the economy cooled, apparel sales figures remained steady with a growth rate of 6.1 percent year-over-year.

Chen Dapeng, vice president of the China National Garment Association, organizers of CHIC Shanghai, believes that although growth is slowing, there is no reason for panic.

According to Chen, the challenges facing the apparel industry are forcing manufacturers to change. He believes that the most important transformations surround technological progress, creative designs and talent.

One such Chinese company implementing new technologies to provide enhanced service and drive demand is Baoxiniao Group Co. Ltd. The group recently launched a platform, called 4.0, which allows customers to create and store the design requirements of individual items of clothing and follow each garment along the production chain. After a break of 11 years, the company returned to this edition of CHIC to promote the new platform.

“With this technology, we can offer private label to any type of customer, no matter if it is a big company, or just a little shop, even for one single piece, no matter where you are from Italy, Germany, France, or America,” said group technician Paolo Vecchiato. “The more elastic you are, the lower the minimum, the better it is because you offer a faster, elastic service, while maintaining the quality, of course.”

As the trend of Chinese manufacturers moving up the supply chain continues, the importance of nurturing domestic design talent and unique Chinese brand identity is becoming more prevalent.

Simin Wu, vice president of Zhejiang Nuozhi, a manufacturer and exporter of fine leather and fur garments, said rising import taxes and increasing labor costs have meant that the company’s main client base has shifted from European and U.S. brands to Mainland Chinese customers, as international buyers look to Southeast Asia to source products at lower costs. Exhibiting for the first time at CHIC, the company has ramped up efforts to create enhanced product offerings by transitioning to an ODM business model.

“We are focusing on the design part, because we are not only making the clothes, we are ODM, so we are actually designing these items, that’s why we still have good business going on,” Wu said. “The price is quite sensitive, but now we focus on the design part and the quality part. We used to only make these garments, but now we have also spent a lot of time to improve our quality and improve our design.”

The company has also reconsidered product design in order to create multiple price points to appeal to price conscious buyers, by combining fur with textile in new designs.

Not all Chinese buyers at the show were price sensitive, or as easily swayed by new Chinese brands and designs, showing that the Chinese appetite for foreign brands remains robust.

“I am looking for foreign designers because foreign designers are much more preferable in the Chinese market, like high-end brands and also street style from America,” said Wax Wang, a buyer for Senchuang Garment Co., a men’s wear brand based in Zhejiang. “Price is not a concern for buyers because they have their target audience and they base it on their shop.”

Nathalie Blanc, head designer at Smart & Joy, a London-based clothing brand that returned for a second edition of CHIC, said the fair connects her company with many Chinese multibrand store owners and concept store owners.

“[We chose CHIC] because it is practical and because we wanted to have a window on the Chinese market and this choice seemed the most obvious to us. We have the office in London, but since we have the manufacturing in China, it made sense to at some point try to sell in China,” she said.