Where Will Growth Come From in China?

The facade of top luxury shopping mall Plaza 66 in Shanghai.

SHANGHAI — The ongoing Sino-American trade war, geopolitical tensions in the East Asia region and the continuing protests in Hong Kong are all raising fears among global fashion and luxury brands about the Chinese market.

But even as these political tensions stir fears of a recession in the U.S. and elsewhere, public consumption in China continues to grow fast, as urbanization relocates more Chinese to city life and a good percentage of them move into the middle-income bracket. Meanwhile, mobile payment and social media have made it easier than ever for brands to acquire new customers across the country.

Commercial property developers and retailers in the region are also doing well. Hang Lung Properties, the owner of Shanghai’s top luxury shopping mall Plaza 66, saw 7 percent growth in mainland leasing business in the first half of 2019 and is opening its 66 shopping mall franchise in Kunming, Wuhan and Hangzhou over the next five years.

China is still the main driver of growth for most fashion and luxury brands. According to the latest edition of the McKinsey & Co. China luxury report, Chinese consumers will account for 40 percent of the world’s luxury spending by 2025.

Kering said in its first-half 2019 report that “China is still the luxury industry’s growth driver, with the proportion of domestic purchases continuing to rise, following the same pattern as in 2018. During the period under review, trade tensions between China and the United States and the gradual slowing of the Chinese economy do not seem to have weighed on spending on luxury goods by Chinese consumers.”

Kering’s statement was reiterated by other luxury groups, even as the ongoing turmoil in Hong Kong is disrupting business there.

Given the ongoing importance of China to the industry, here eight fashion companies of different sizes and competitive strengths share their insights on where they see the growth coming from in China and how are they going to seize the opportunities there. 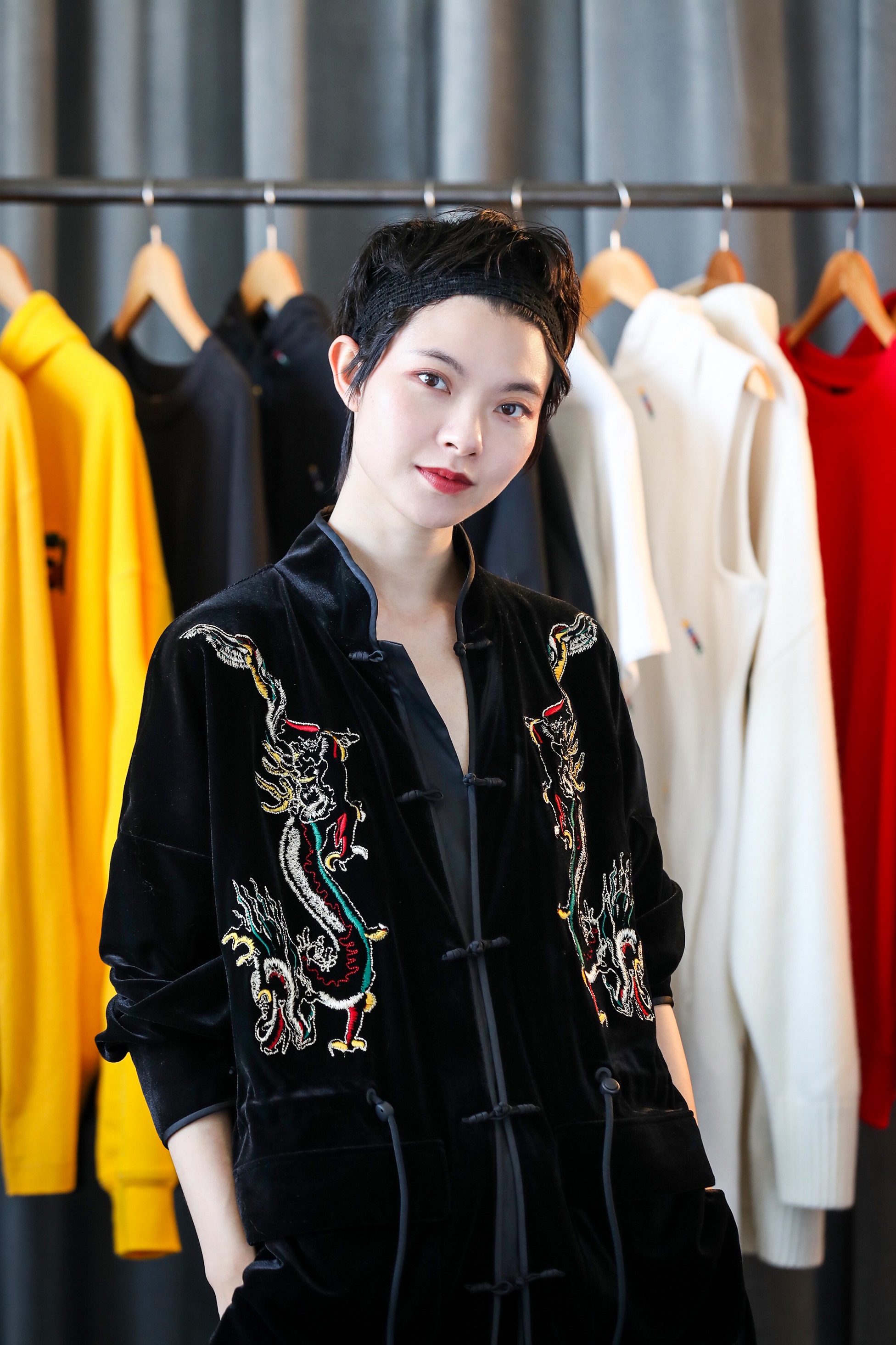 Since April 2007, when H&M opened its first store in Mainland China on Huaihai Road in Shanghai, the Swedish fast-fashion retailer has been expanding quickly in China. Up to the end of June, it had more than 490 in the Greater China region.

Facing China’s rapidly changing retail landscape, H&M launched its own e-commerce platform in the country in 2014, joined Tmall in 2017 and kicked off its digital loyalty program H&M Club, which now has more than eight million members.

“We have a clear picture of the full channel strategy,” said Magnus Olsson, country manager of H&M Greater China. “Our growth will come from physical stores and online stores.

“We see our Tmall store as a perfect complement to our physical stores and hm.com in China. In the meanwhile, we have been speeding up the adjustment of the physical stores. We will shut down the underperforming stores and optimize the rest of our stores. We also concentrate on expanding better shop options.”

He added that, “Localization is also one key initiative that we are focusing on to create the best customer offering.”

To further catch up with the trends of the younger generation and encourage their personal style, H&M last March appointed Lay Zhang, a music artist in China, as brand ambassador. It also revealed a tie-up with Chinese fashion designer Angel Chen to launch its first Chinese designer collaboration in September. 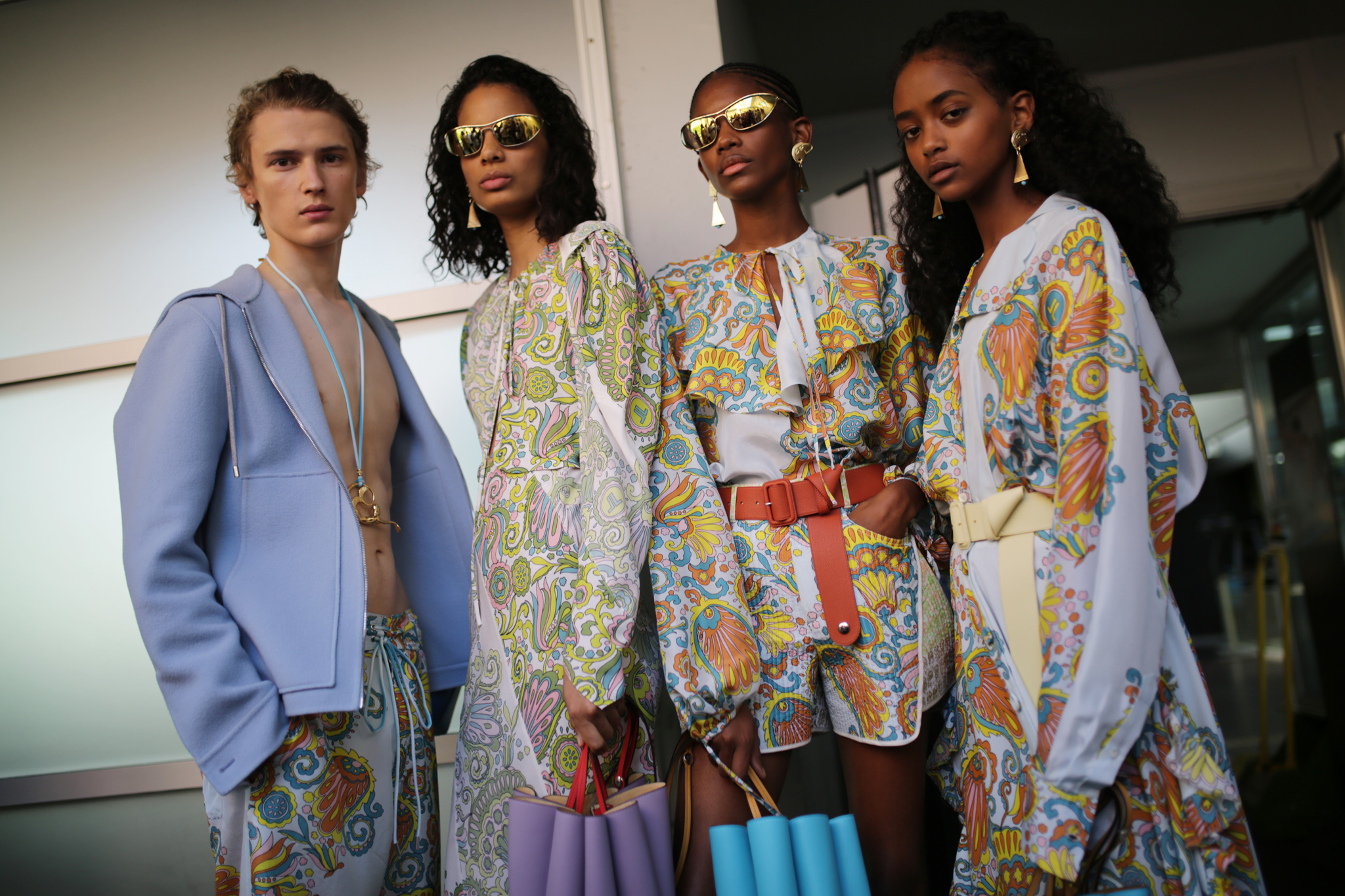 “We keep in mind on how disruptive our modern market is and on how all is in constant fluctuation. In this dance of wants and needs, we procure creative ways that can generate sustained and rapid growth, too.”

In 2020, improving omnichannel commerce experiences with AI and AR technology both online and in stores will be a big emphasis, since “shopping journeys now go through a variety of branded touch points and they are nowhere near linear shopping journeys.” 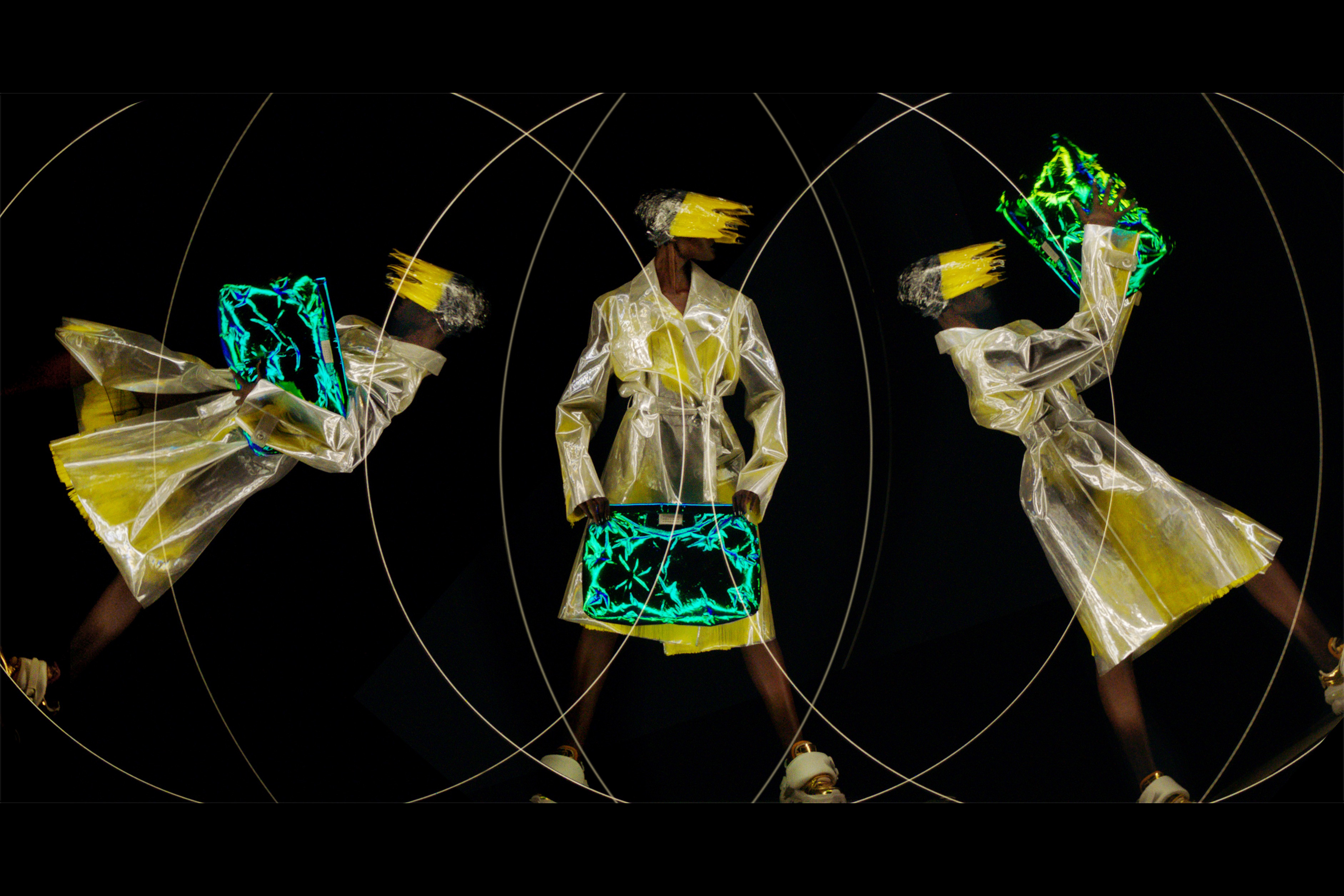 “Unsurprisingly, China is one of the key pillars of our group’s development plan, for all our brands and companies,” said Giovanni Pungetti, chief executive officer of OTB Greater China. OTB Group is the parent company of Diesel, Maison Margiela, Marni, Paula Cademartori, Viktor & Rolf and Amiri.

“The most important axes of our strategy are a sustained retail expansion plan, matched with a strong e-business. We still believe that the off-line shopping experience is fundamental in engaging consumers with our brands, just as a thoughtful and curated online accessibility of our products is a must.” For example, Margiela is said to be launching on Alibaba’s business to consumer platform Tmall in mid-September.

“We are already developing locally driven and relevant communications, with a focus on digital media and social platforms. And special projects play a key role: unique, limited-edition products and projects for each brand to generate newness and exclusivity,” Pungetti said. 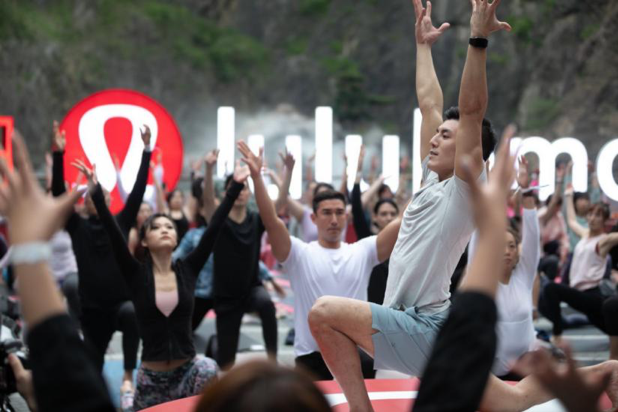 Having entered the market in 2017, ath-leisure brand Lululemon will “provide the very best product and experience will be at the heart of our plans going forward,” said Keen Yim, the company’s director of brand and community for the Asia Pacific.

“We expect this growth to continue and plan to open 10 to 15 new stores in 2019-20. This continuous market expansion in prime retail areas will add to product accessibility and awareness, strengthening the Lululemon brand in China,” he added. The brand opened four stores – in Chongqing, Xi’an, Xiamen and Suzhou — in the first half of 2019.

The brand is also bringing transformational experiences to China through both complimentary in-store community classes and large-scale events. For example, in June it hosted an open-air yoga class with more than 300 participants in Shanghai InterContinental Wonderland, the world’s first underwater quarry hotel, 288 feet below sea level.

“We have also seen very encouraging growth in our men’s category, with sales rising by a double-digit percentage, providing an additional opportunity for product and brand expansion in the coming months,” he said. 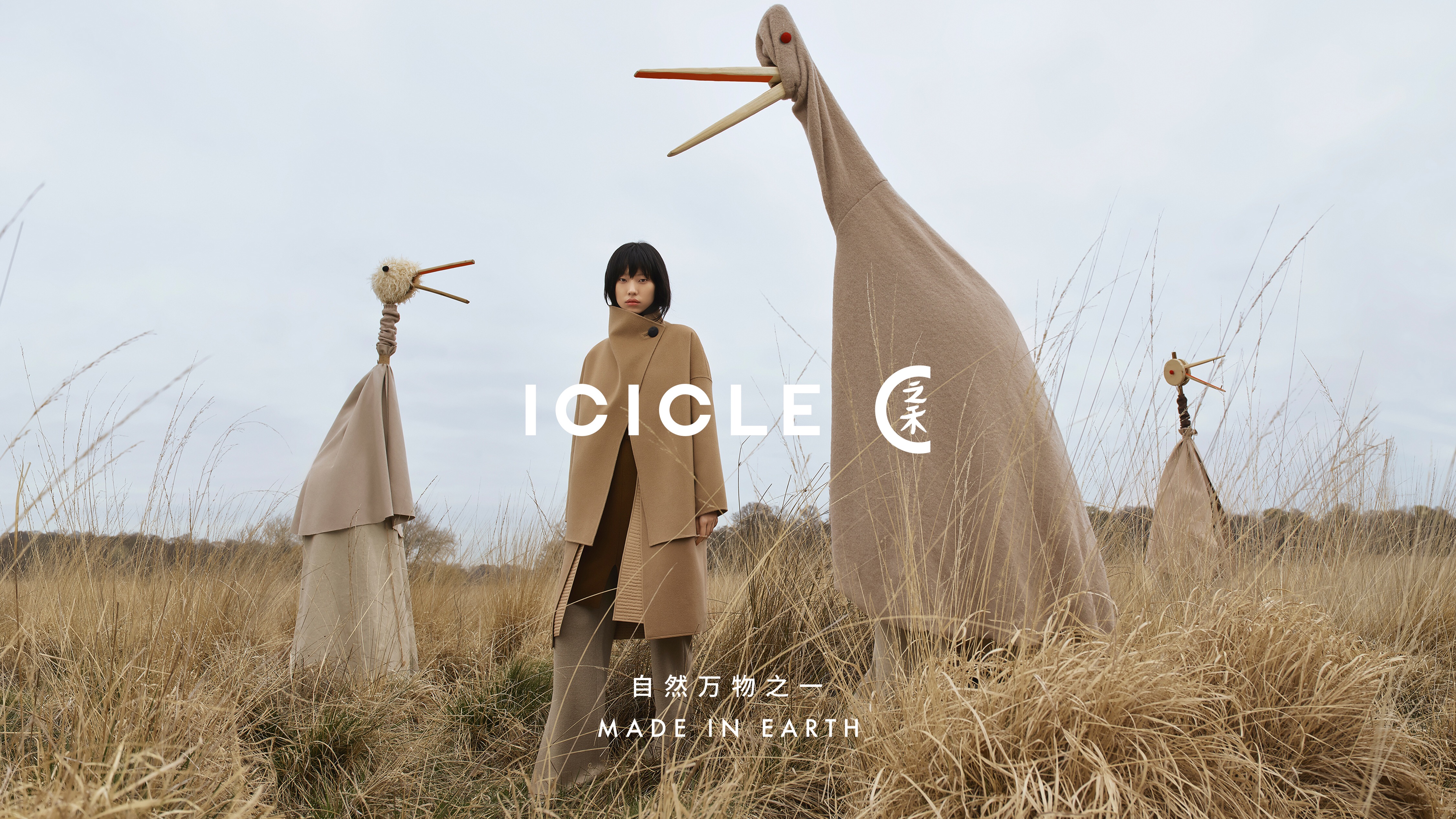 The Shanghai-based Icicle focuses on premium clothing for career-driven consumers with an emphasis on high-quality fabrics and an ecological bent. It operates more than 260 stores in China and plans to open a Paris flagship in September, designed by Belgian architect Bernard Dubois.

The company made headlines last year when it acquired the French fashion brand Carven. It appointed former Balenciaga executive Daphné Cousineau general manager of Carven, which injected a dose of reassurance as the brand continues to restructure.

A brand spokesperson said “Icicle’s growth in the China market will come from the fact that Chinese customers are paying rising attention to the comfort and quality of the clothes. They buy as they are savvier about sartorial matters thanks to all the influencers.”

At the same time, “sustainability starts to really exert an impact on consumers’ buying decisions, which will fuel the growth of brands like Icicle,” the spokesperson said. 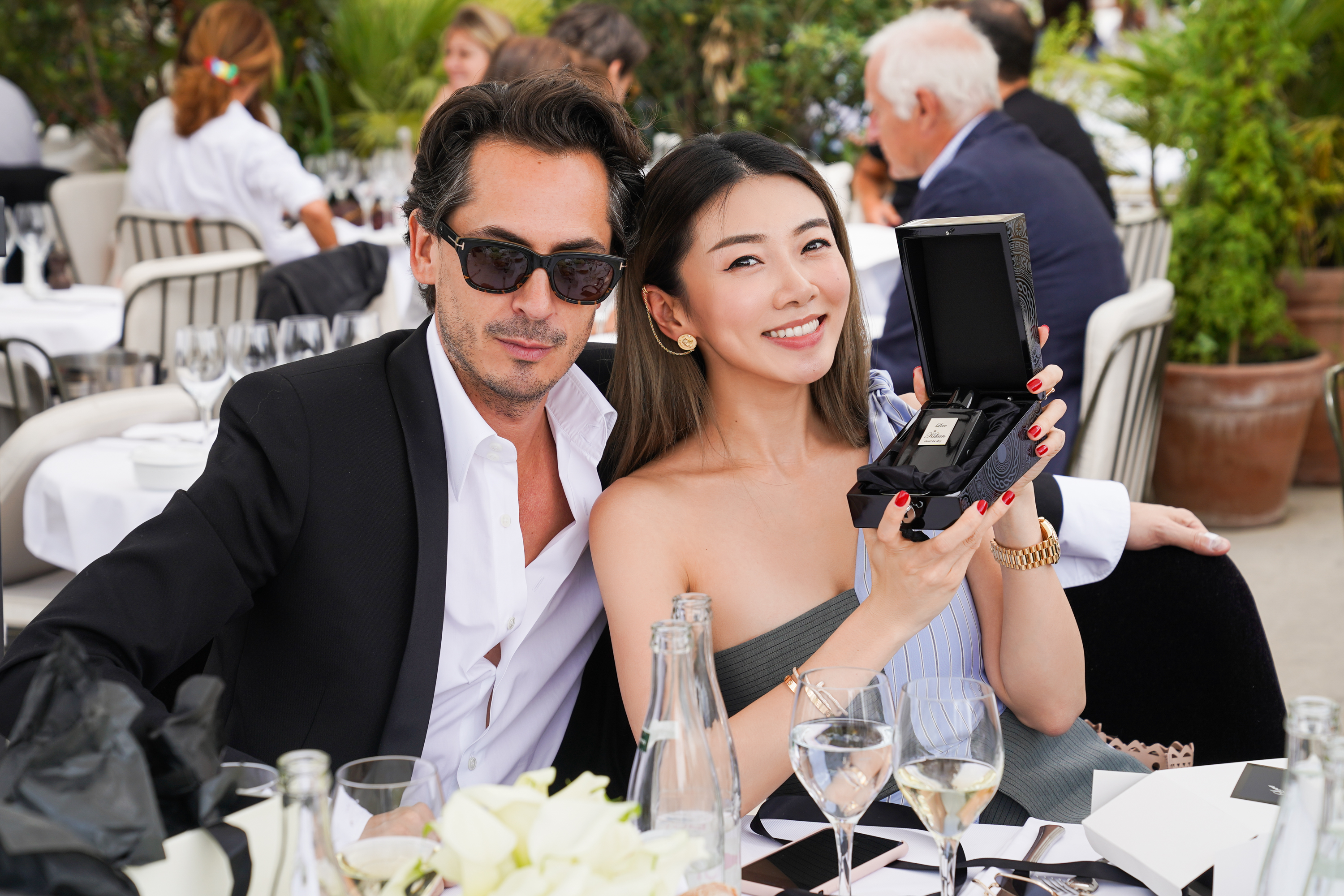 Kilian Hennessy with Chinese influencer Yvonne Ching, who has over 1 million followers on Xiaohongshu.  Courtesy Photo

French perfume brand By Kilian is a newcomer to the Chinese market. It started to introduce the brand to Chinese consumers in 2019 by inviting influencers to Paris to meet with founder Kilian Hennessy. It also established a presence on China’s social media platforms Weibo and Xiahongshu.

Flore des Robert, global brand general manager of By Kilian, said the brand aims to score strategic locations via a variety of distribution channels, including freestanding stores, shop-in-shops and department stores in the Mainland China market.

“We see a growing interest in the brand from traveling Chinese consumers in our flagships around the world. These consumers are particularly discerning; attracted to the luxury of the brand and the rich storytelling aspect. And our new luxury lipstick collection has also been very popular,” she added. 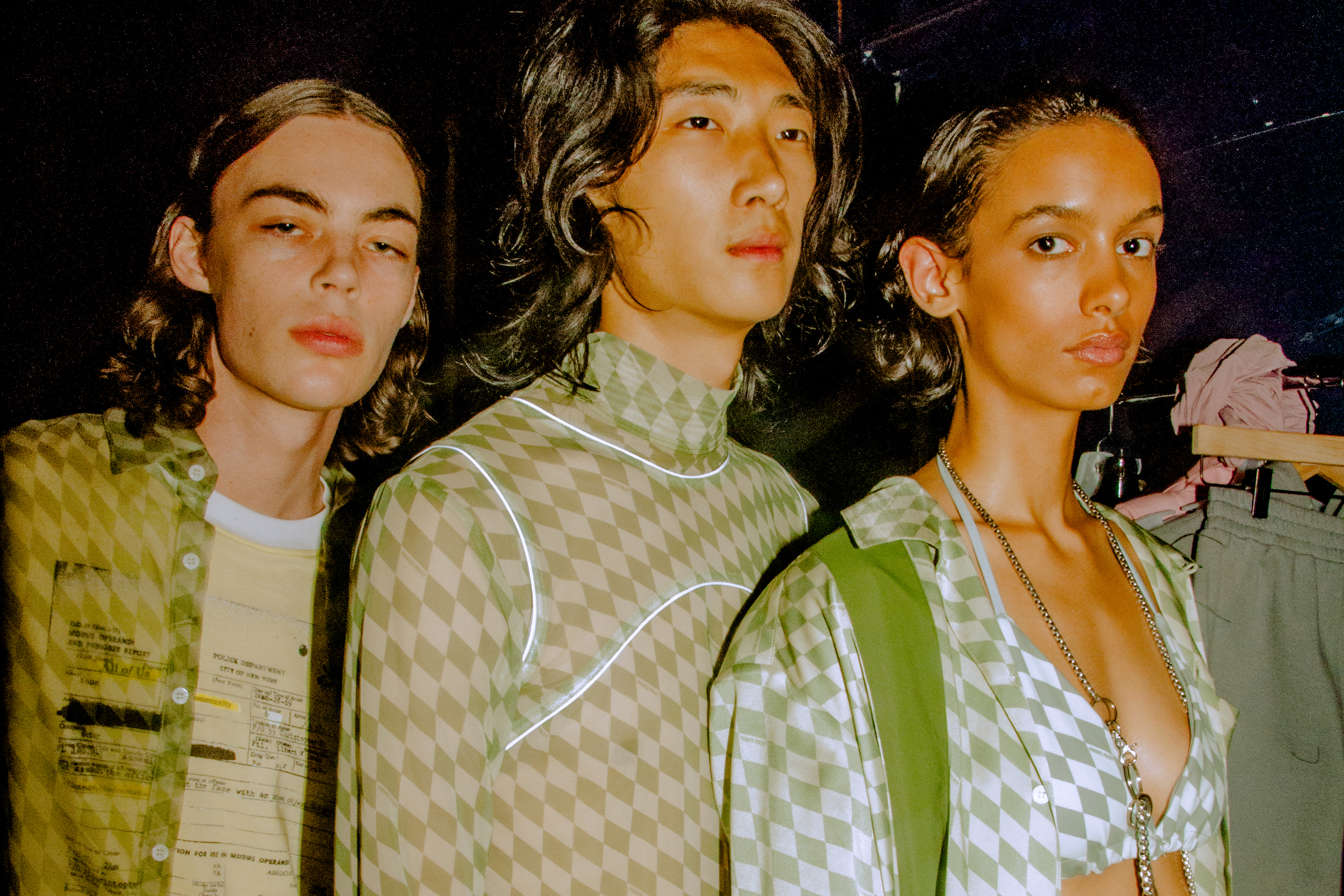 “Many of our fans want to buy pieces from us directly online, which may not be available in their cities, so we launched our e-shop during New York Fashion Week: Men’s for the U.S. and European markets, and we want to do the same for China,” said Siying Qu, cofounder of the brand.

“Chinese customers have great enthusiasm and passion for fashion, and strongly support Chinese designers. We want to create engaging experiences online, so we are thinking of more community-based ways for e-commerce, such as WeChat. Community-building is a big part of our brand culture. And it has been the best way to expand our audience base and have people fall in love with the stories behind the pieces,” she added. 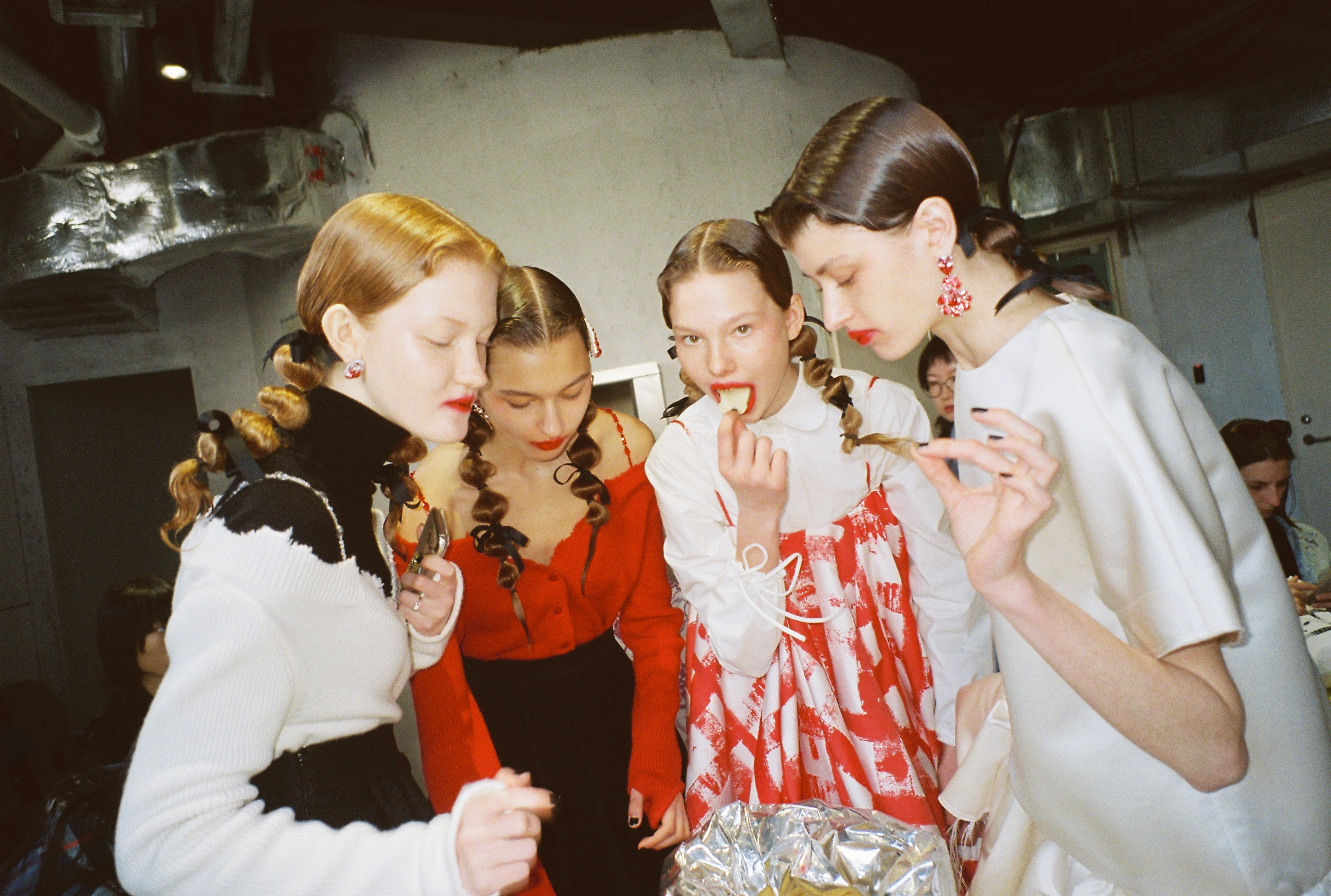 The Shanghai-based designer label Shushu/Tong has been praised by international retailers such as Dover Street Market, Lane Crawford and H Lorenzo from the first season. At home, the changing perception of Chinese fashion is also helping the brand to acquire a bigger slice of the designer fashion market.

Business in China’s lower-tier cities is growing especially fast. “We have drawn more attention from smaller cities, some areas we have never thought of, such as Urumqi in Xinjiang province and Huzhou in Zhejiang province,” said Liushu Lei, cofounder of the five-year-old brand.

“The customers feel more and more comfortable about Chinese brands now. Before people were ashamed of wearing local brands and blindly embraced anything come from the outside. Our main customers are well-educated middle class with a budget looking for pieces which are well designed and interesting.”