But many believe harsh time like this would help the industry lead forward with new communication tools and technological advancements.

A double-exposure picture shows two people wearing masks in an attempt to protect themselves from a coronavirus contagion.

LONDON — The coronavirus outbreak is hitting the fashion industry hard. Not only is it damaging fashion consumption in the country and posing big unknowns for global brands with suppliers in China, but Chinese fashion brands are also trapped in the situation.

It’s been reported that Chinese brands, editors, buyers and stars are sitting out the fashion month after travel restrictions were imposed to prevent the virus from spreading, as the death toll from the outbreak in China has reached 563, with 28,018 confirmed cases.

Now a dozen Chinese designers have confirmed to WWD that they are facing order cancellations and delay fees as workers won’t be able to go back to factories until as late as Feb. 17.

One designer, who requested anonymity, said a top local retailer simply canceled its spring 2020 order via e-mail, and instead proposed to sell on a consignment basis.

A merchandise director of a top luxury e-commerce operator said the current situation is very unfriendly to designers. Legally, brands would face cancellation and delay charges, and it would be at retailers’ mercy to allow then to have an extended delivery window.

Charles Cha, owner of Beijing’s designer boutique Dongliang, for example, said he would not charge designers extra for late delivery, as ”no one is easy under such circumstance.”

But it remains unclear whether other department stores would bend their rules. Daniel Chen, founder of the LVMH Prize-shortlisted Xu Zhi, is among many that have been dealing with the delays.

“I am currently going through a lot of contractual revision these days. There is always a force majeure clause I never really pay attention to. But when this actually happens, it makes you rethink all the other clauses you have signed for,” he said.

Many believe harsh times like this would help the industry push forward with new communication tools and technological advancements that are widely available in the country. 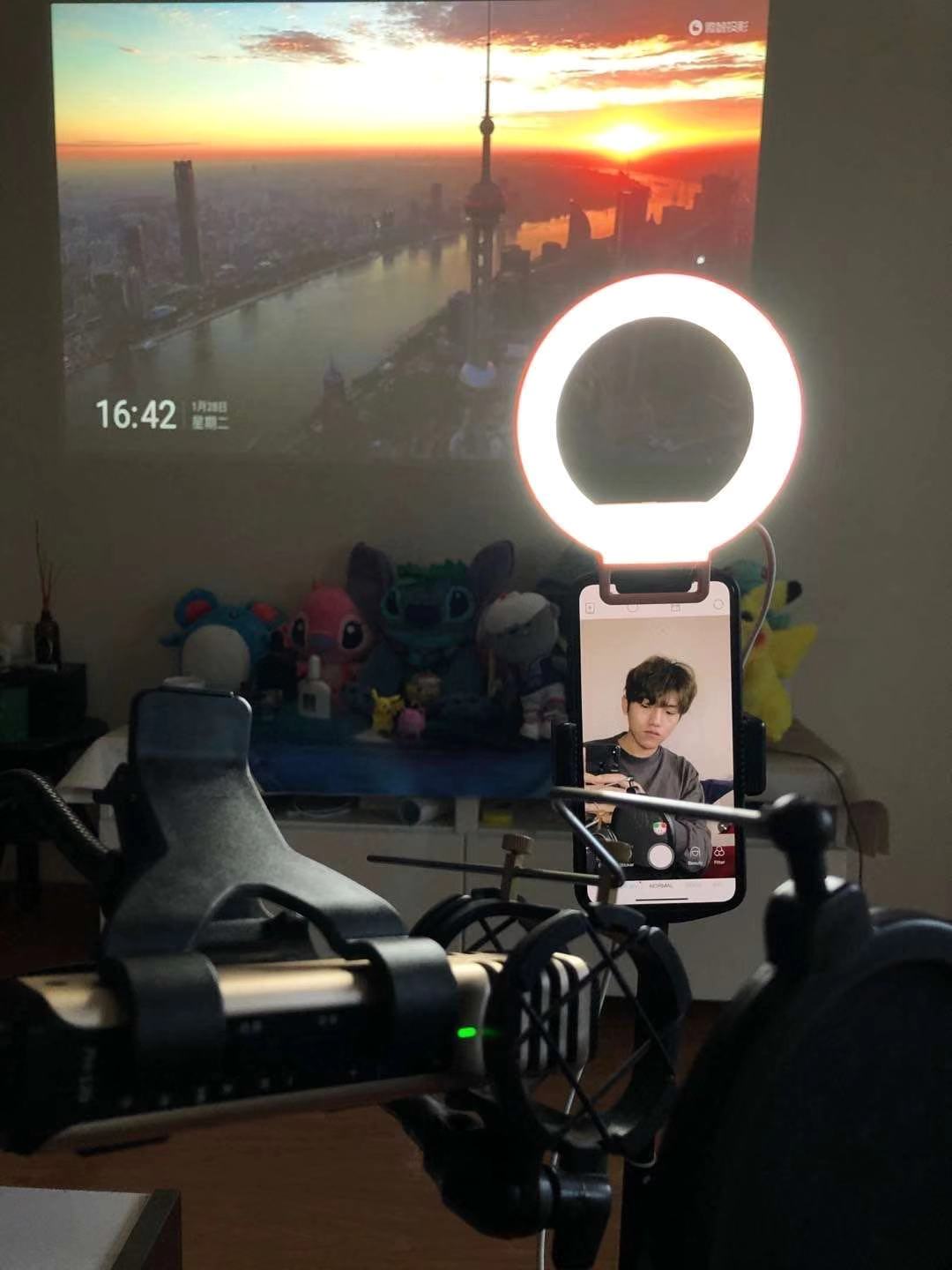 Kaiqi Hang, cofounder of Chenpeng, uses live streaming to sell down jackets to buyers during the coronavirus outbreak.  Courtesy Photo

Samuel Gui Yang, who had a high profile during Shanghai Fashion Week last October, said he had to cancel his sales and production trip to Shanghai from London, but decided to act on the situation by holding meetings via live broadcasting and having production fittings over video calls.

“It’s quite new for us, but it might be able to be an innovative and creative alternative to work around the travel restrictions,” he said.

Kim Kiroic, owner of Kktp, a premium Chinese sneaker brand that has expanded into sportswear and accessories in recent years, predicts the outbreak might create a vicious cycle that lasts at least a year, as retailers will be lucky if they manage to get rid of existing inventory before they are ready to take in new styles.

“In 2020, the leading trend for brands would be how to cut off the middle man and sell directly to consumers. The system hasn’t been working for a few years. The outbreak gives us a good opportunity to reflect and adjust ourselves,” he added.

Kaiqi Hang, cofounder of Chenpeng, a brand best known for its bold down jackets, said he is utilizing technology to offset the negative impacts the brand is facing.

“Considering we might not be able to do a showroom in Shanghai, we are testing live-streaming to showcase the new season to our buyers. Models will wear each look and buyers can place orders in real time, so that our production cycle won’t be affected,” he said.

The brand also aims to develop its fall 2021 collection early and allocate more time to work on business collaborations that can better penetrate lower-end consumers in China, via Taobao and TikTok. Last December, Chenpeng sold nearly 10 million renminbi, or $1.43 million, worth of down jackets during Taobao influencer Linchao Zhang’s live stream session.

Meimei Ding, chief executive officer of DFO showroom, believes it’s still too early to draw a conclusion from the virus outbreak. “Even if brands scramble to embrace online strategies, are end consumers spending, or will they still spend that much? We see dramatic decreases in physical retail. Online was active during the Chinese new year period, but the real impact I believe still remains to be seen in the coming months.”