A bulked-up Smart Creation space at Première Vision Paris and a biofabrication exhibition at Texworld Paris pointed to a strengthening of the sustainability movement at the textiles level. 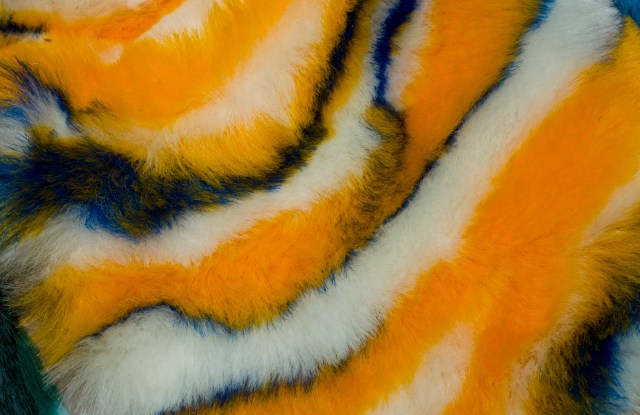 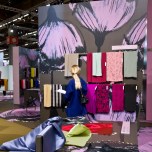 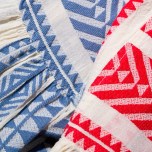 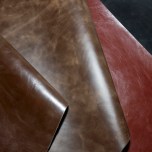 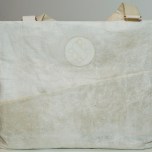 PARIS — As France and its luxury groups look to step up their contribution to the global conversation about the climate crisis — from the Fashion Pact led by French President Emmanuel Macron and Kering’s François-Henri Pinault, to LVMH’s “Future Life” program geared around a raw materials sourcing charter for animal products such as fur and leather — just how open is fashion to embracing a circular economy?

As the industry enters what some view as a renaissance, the movement, while well in motion, is still being met with resistance, according to experts attending the recent editions of Première Vision Paris and Texworld Paris.

Coming on the heels of the digital revolution, it’s “adding an additional challenge for the brands, hence the industry, including our mills,” said Première Vision managing director Gilles Lasbordes. With the shift to eco-responsible consumption now representing a major groundswell impacting the entire sector — as reflected in a study presented by the Institut Français de la Mode at the event, as part of the IFM-Première Vision Chair — “companies are having to find solutions,” he said.

“Demand is coming,” said Jackie Andrews-Udall, a teacher at Central Saint Martins in London. Across her career she has consulted for Stella McCartney, headed up fabrics for Alber Elbaz at Lanvin and is now a consultant for PV exhibitor Clerici Tessuto, which unveiled a collection with Parley for the Oceans, as “the first company to weave jacquard” out of their yarns made from recycled ocean plastic, experimenting with “typical luxury silk techniques like fil coupé, but using waste.”

“Rather than just wanting something organic because they’re slightly environmentally aware, I think people are suddenly aware of biodiversity loss and are waking up to the fact that we are responsible for modern slavery in the textile industry,” she said. “When you think that at Clerici we’re feeding the top-five-percent brands who are then going to sell to that top one percent who live at the cost of the rest of the world, the fact that we can do that and we’re trying to actually change things — we had the Louis Vuitton team here who are realizing that they have to do something that is socially responsible — I think that’s the main change,” added Andrews-Udall.

For Stacy Flynn, cofounder and chief executive officer at Evrnu, a Seattle-based specialist in regenerative fiber technology, the biggest challenge for pioneers of the circular economy is the status quo. “It’s really hard to do something in the world that hasn’t been done before. Almost at every turn, there’s a lot of skepticism so we have to overcome that and train our scaling partners to think and work in different ways,” she said.

The first clothes made from regenerated cotton garment waste by one of Evrnu’s four partner brands — Stella McCartney, Adidas, Levi’s and Target — will launch by mid-2020, Flynn said. But to get to this stage has taken a lot of hand holding.

“Part of what we have to do is try to meet people where they are. I don’t think designers really understand that this is one of the great design challenges of our century,” continued Flynn. “I don’t know of any designer who wants to build something that ends up in a landfill or incinerator. So this to me is an incredibly legitimate design challenge and design opportunity: to build things that are designed to be disassembled at some point in the future and turned back into whatever is new, useful and beautiful.”

Harald Cavalli-Björkman, a spokesman for Sweden’s re:newcell, couldn’t agree more. The firm launched its first commercial product in the event’s Smart Creation area: Circulose, a circular cellulose-based pulp which can be used to make virgin-quality viscose and Lyocell fibers, “closing the loop on fashion.”

“We see that there’s no reason really why fashion should be any less circular than paper is right now. Half of all paper production is now recycled. Fashion should get to that point; it kind of has to, there’s really no choice,” said Cavalli-Björkman, adding that the company, which counts H&M among its partner brands, is in development with “three major brands” from the denim, luxury and high street sectors for a global launch in the first quarter of 2020.

The main challenge for these producers lies in scaling up.

“There’s 100 million tons of fiber produced per year; we make 7,000 tons per year. We need to scale fast. The only way we’re going to make an impact that matters is by upping the production capacity to meet the demand that we’re feeling right now,” he said.

While the idea of sustainability is on a lot of people’s radars, “the concept of circularity is still pretty fresh,” echoed Andrew Schulenburg, senior vice president of marketing at Circular Systems, which has just launched a Series-A funding round, with a view to opening a new pilot for its Agraloop Bio-Refinery technology that transforms food crop waste into high-value natural fiber products. The L.A.-based firm is looking to open a partner plant in Europe over the next six months, with plans to adapt an existing facility.

“The ultimate goal with our fiber technology is to license it globally, to build local economy. This is food crop waste that normally is a climate liability, when you’re burning it, say, or when it rots — crops like banana or pineapple, in the tropics, for instance. This technology is meant to create a localized plant that can serve a couple of hundred acres of farmland, processes their waste and creates a new revenue stream for the community,” explained Schulenburg.

Among the 30 new exhibitors in the Smart Creation space was Filo d’Oro, a network of Italian companies that have joined forces for the creation of micro supply chains for organic silk products that are 100-percent responsible — from the treatment of cocoons to the production of piece-dyed, yarn-dyed and printed fabrics, which counts Kering among its clients. There also was Varvaressos, a new vertical supply chain, from the farm to the finished product, for organic cotton based in Greece.

In terms of other launches at the event, Italy’s Eurojersey, which in May became the first company in the textile industry to adopt the Product Environmental Footprint Declaration, a proposed European methodology for calculating the life-cycle environmental impact of products developed by the European Commission’s Joint Research Centre, presented a new range of digitally printed, trompe l’oeil membranes mimicking traditional outerwear materials like wool, synthetic fur and rubber, bonded with their trademark Sensitive Plus fabrics. The wrinkle-free materials can also be showered.

Ratti presented a palette of 60 natural dyes based on vegetal extracts, for yarn-dyed wool items and printed silks.

After wrapping a couple of programs with Patagonia, Archroma, a leader in color and specialty chemicals, said it continues to gain traction with its EarthColors line of high-performance and sustainable textile dyes synthesized from non-edible agricultural or herbal industries waste.

In terms of attendance, out of the total 56,154 visitors at PV, an unexpected uptick in U.S. visitors — “possibly an indication of improving in market conditions,” suggested Lasbordes — offset a decrease in visitors from the U.K. as companies there face uncertainty about the future and the impact of Brexit.

Visiting the PV Manufacturing Leather space, created in collaboration with Les Compagnons du Devoir, Lauren Kacher, a designer at Zadig & Voltaire, observed a lot of bubbled leather, iridescence, and a return to natural.

At nearby Texworld, meanwhile, visitors thronged to an exhibition themed around biofabrication, covering evolution in the field over the past 15 years — from British designer Suzanne Lee’s bioengineered denim jacket in 2006 to the recently released Omega NATO watch featuring a strap made from BioSteel, a spider silk-like material made in a lab from bacteria; bacteria-based dyes by Pili, and The North Face’s limited-edition Moon Parka jacket due to launch in Japan in December, made in collaboration with Goldwin and Spiber using newly developed brewed protein materials for the shell. R&D is also underway by a number of companies to create programmable, self-repairing materials inspired by the squid’s SRT proteins.

Once again, the challenge lies in being able to scale up. “We’re working with living organisms. When you’re producing something in a small 20cl vat, the biochemical reactions will be different from something being produced in a vat that can contain 2,000 liters,” said Sabrina Maroc, who curated the exhibit.

Countries spotlighted at the salon included Ethiopia and Rwanda, hot emerging sectors for sourcing, as well as Cambodia, including Fair Trade ikat weaver A.N.D. and Color Silk, which provides employment to women living in rural areas.

“Ethiopia has become a sourcing destination, as part of Africa. We’ve seen a marked growth in European exports,” said Eyob Bekele, managing director of the family-owned knitter Desta, which has just opened a new production facility and expanded into wovens.

“There are a lot of things that Africa can bring to the world, especially something more human,” added the designer, who has a collaboration with agnès b. due out this fall.

Xie Shelley, general manager of the Dongguan, China-based printed and recycled leather producer, Tinyi New Material Technology Co., which works with brands including Ralph Lauren and Coach, said that tariffs imposed by the U.S. in the trade war with China have led to certain customers requesting they bear 2 to 5 percent of the tax. “It will change the supply system,” she said. Mexican model Adriana Abascal, who said she’s working on a “secret” project, visited Tinyi’s booth.

While the market is challenging, “Korea and Turkey are doing a great job from the point of view of innovation,” noted Sue Browning, director of fabric development at New York’s Express, who lauded the “newest iterations of synthetics” by Duckwoo.

For trends, she flagged new surface dimensions and textures on plains, using washes or finishes — “taking a casual aspect and adding it to a dressy fabric.”