As luxury knitwear fashion regains the attention of consumers, Consinee Group celebrated the use of its cashmere and fancy yarn recently via a runway show in New York that showcased more than 100 looks.

Consinee, the largest exporter of Chinese cashmere yarn, dubbed the event “Into the Lines,” which alluded “to the conceptual interpretation of cashmere yarn,” the company noted. The show was held at Cipriani’s and featured a 100-foot runway that was built under the venue’s 70-foot dome. The looks that were presented spanned “casual and occasion wear, all knitted from Consinee’s proprietary cashmere yarn series creations,” the company said.

The firm’s clients include Chanel, Burberry, Acne, Ralph Lauren, Theory and Tory Burch, among many others. The event was a chance for fashion designers, merchandisers and fashion industry executives to experience the versatility of the company’s yarn while also demonstrating the “full range of [its] yarn technology and capabilities for international client brands.”

Boris Xue, company chairman, noted that out of “every seven cashmere items sold in the world, one is made from Consinee yarn.”

Chinese-German designer Yujia Zhai-Petrow, a consultant with Valentino Haute Couture in Paris, served as creative director of the show. “Rather than presenting a conventional knitwear collection,” she said, “the ’Into the Lines’ show [explored] the luxury of cashmere and its sundry potentials activated through a synthesis with new disciplines.”

Consinee said other members of the design team for this show’s collection include Fran Miskin, Jane Sked and Steven Oo. Xue said he believes the show will not only demonstrated “Consinee’s dedication to excellence” but also served to inspire its clients with “new possibilities.” 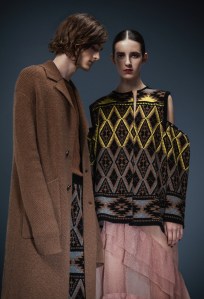 Christina Neault, who served as executive producer of IMG’s NYFW and is the fashion programming consultant at Pier 59 Studios, was the show’s director and was brought on by the China Fashion Collective (the New York-based boutique branding consultancy and luxury events production firm), which served as the event’s chief consultant. 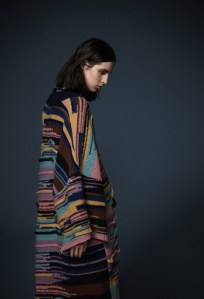 Consinee’s origins, though, are humble. Xue said he still remembers in the “very early days when I made the first effort to knock on the doors of U.S. brands with entry-level English and a suitcase of my cashmere — I ended up left out in the cold.”

“But I have always believed that as long as we continue to improve product quality and stay positive, doors will open for win-win partnerships,” Xue added.