Bernstein said the luxury goods sector will suffer "on and off" until the virus hits an inflection point.

By Tianwei Zhang
with contributions from Evan Clark
on January 27, 2020

People wear protective masks while riding an escalator at a shopping mall.

The global stock market was rattled Monday by the spread of the coronavirus, which has slowed business to a crawl in parts of China and has reverberated in stock exchanges as far away as New York, London and Paris.

Investors were trying to gauge the impact of the virus on businesses that are more relevant than ever for Chinese consumers.

In Asia, Japan’s Nikkei 225 slid 2 percent to 23,343.51, its biggest one-day decline in five months. Other Asian markets were closed for the Lunar New Year holiday. Hong Kong will resume trading from Wednesday, while the Shanghai and Shenzhen stock exchanges are deciding whether to defer the resumption of trading to next Monday, following the nationwide extension of the Chinese New Year holiday by three days until Feb. 2.

The extension is intended to minimize the amount of trips taken during this precarious time, with the government moving to also cancel all overseas group tours from China. Some regions such as Shanghai have extended the holiday for all workplaces until Feb. 9 and schools until Feb. 17.

China’s death toll has risen to 81 and confirmed cases of the coronavirus jumped to 2,744. The Chinese government earlier implemented a lockdown in a dozen cities, including Wuhan, the epicenter of the outbreak, and the neighboring Huanggang and Ezhou. Hong Kong and Taiwan have begun banning flights from the province of Hubei, where the outbreak began.

Residents of Wuhan and other Hubei province cities on lockdown have expressed concerns about sourcing food and basic living supplies, while nationwide there has been a shortage of face masks. Construction is also under way to build a new hospital in Wuhan that can hold more than 1,000 beds and would be ready by Feb. 5, after existing hospitals in the city were overwhelmed and began turning patients away. 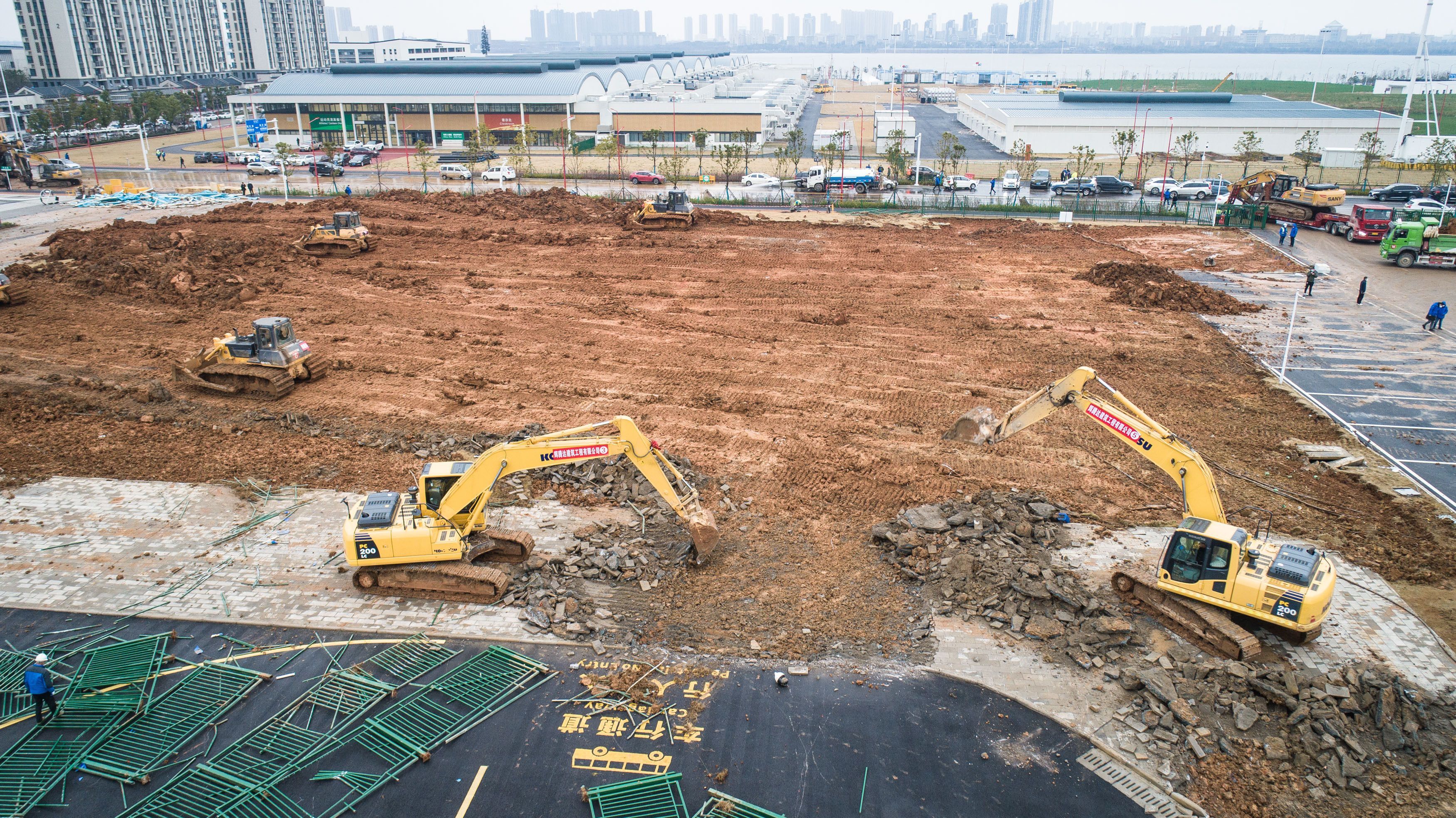 The construction site of Leishenshan hospital in Wuhan.  Shutterstock

The mayor of Wuhan, Zhou Xianwang, on Monday appeared on a national TV to apologize for the slow response to the virus and offered to resign.

“We haven’t disclosed information in a timely manner,” he admitted, doing a talk show interview while wearing a face mask. “We also did not use effective information to improve our work.”

City streets are empty, a rare thing to see during the Chinese New Year holiday, as it is traditionally a time for celebration, family reunions and shopping.

According to a report published by Bernstein on Monday, Chinese consumers are expected to spend $156 billion throughout the Chinese New Year holiday, up 4.7 percent from $149 billion, despite the impact of the virus on travel and celebrations.

Bernstein pointed out that, due to the virus, the luxury goods sector will suffer “multiple compression on and off until an inflection point is in sight.” No matter when that inflection occurs, the virus is expected to have a far more serious impact on luxury goods businesses than SARS.

During the SARS outbreak in 2003, Chinese nationals accounted for just 2 percent of the global luxury goods market. In 2019, they accounted for 35 percent, according to Bernstein.

The report also pointed out that brands are continuing to dedicate ad hoc capsule collections to the annual celebration.

Gucci and Burberry are outperforming their peers with a high-profile partnership with Disney and social media innovations, respectively, the report said.

By contrast, Louis Vuitton has been promoting the second generation of Horizon earphones, a multi-pochette bag and several high-top sneakers in its holiday WeChat post, without any strong association to the Year of the Rat.

However, it’s not just luxury stocks that are drawing more of their business from Chinese shoppers. A report out of Wells Fargo in New York, noted that, in addition to Tiffany & Co. on the high end, Adidas, Nike, Farfetch and Tapestry all get 15 to 20 percent of their sales from China.