Despite uncertainty over founding organizer Elyse Kroll’s departure and the coming election, industry executives are feeling bullish about business at the show. 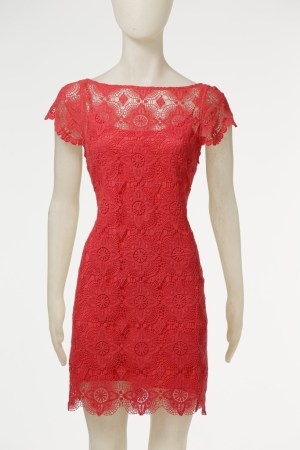 The Fashion Coterie, slated to take place at the Jacob K. Javits Convention Center next week, is going on without its founding organizer.

Kroll sold a controlling stake in ENK International, which she founded in 1982 as ENK Productions, to Forstmann Little in 2006, which also owns the fashion, media and entertainment firm IMG. Following the sale, Kroll remained with ENK as chairman.

Despite uncertainty over Kroll’s departure and the coming election, industry executives still feel bullish about business at the show, with expectations of sales increases ranging from the low single-digits to 10 percent against a year ago.

After upbeat results at several trade fairs this summer, including the ENK Vegas and MAGIC shows, exhibitors are gearing up for spring with an abundance of creative ideas and innovative merchandise.

Vendors say retailers continue to watch their dollars, but that they are increasingly reallocating their buys for brands and product that have a proven track record as well as for red-carpet looks favored by celebrities.

“Retailers that remain loyal to vendors are leveraging their relationships by maintaining good credit terms,” said Victor Cavallo, cofounder of Mimi & Coco, a ready-to-wear house. “In this case, budgets will be bigger for their favorite vendors. However, vendors and retailers alike are being a lot stricter with policies and terms. It’s not so much that buyers will be throwing more money around, but definitely allocating more budget toward their sure bets.”

“Retailers are waiting longer to buy, not planning out as much as they did before. They are cautiously planning, which means there’s more room to go to the show and they’re more apt to buy,” said David Asmar, owner of sales firm The Asmar Group, which reps Gage and Brave Beltworks.

Nastos summed up the upbeat mood this way: “Attendance at ENK Vegas was up 49.6 percent. That’s dramatic. It was even more impressive to see people doing a lot of business, and that dovetails well with consumer spending reports. August was a pretty good month, and I think we have the same momentum with exhibitors and retailers.”

A number of rtw, accessories and men’s wear executives are on the same page with Nastos, who added that he believes business is “absolutely trending in the right direction” for Fashion Coterie.

“Consumer spending is definitely increasing, and retailers are gearing up for it. People are planning their spring aggressively,” said Nastos. The show has added two new features — dedicated men’s and accessories spaces —to capitalize on key categories.

Here, the outlook from some resources who will participate in the Sept. 19 to 21 Fashion Coterie.

• Flora Petakas, vice president of ML Monique Lhuillier, a designer cocktail and eveningwear label: “Sometimes I look at Coterie as a giant Petri dish: It’s a place to grow, cultivate and expose your business. Our buying and shopping culture is changing every day. ML Monique Lhuillier is only one year old. Our expectations are very positive and optimistic. Participating in Coterie offers us exposure to retailers that have never seen the collection, and gives us an opportunity to show who we are in a globally infused climate. We do have a healthy number of appointments, and we do expect to open new accounts.

“I’m not sure open-to-buys are larger but open-to-evolve is definitely happening. Manufacturers and retailers are understanding that the rules of the past may no longer apply. Retail looks and sounds very different than it used to; you have to be open to new concepts, open to evolve.”

• Victor Cavallo, cofounder of Mimi & Coco. rtw: “My expectations are positive as retailers are sticking to what has been working for them recently. I expect to see between $250,000 and $400,000 [in orders] from a variety of domestic and international buyers at Coterie…The mood of retailers is upbeat but still cautious. It will be a good show for companies that have been steadfast in recent years, through strong strategic relationships. International buyers from emerging markets are the most upbeat. At Coterie, there will indeed be growth for brands that are offering something true and well made.”

• Melinda Wansbrough, director of sales for VPL contemporary dresses and innerwear: “Innerwear as outerwear is [designer] Victoria Bartlett’s thing. Her color palette is always considered cutting-edge, but still commercial enough to reach that big spectrum of clientele. The VPL dress collection is inspired by the VPL bra collection, and most of the silhouettes come from the bras.

“We exhibited at Coterie for the first time last season and thought it was very successful. Stores come to write orders. We had solid bookings and picked up many stores we otherwise wouldn’t have reached.

“Our sell-throughs have been very strong.…Budgets are always based on the previous selling season, and fortunately, VPL has a proven track record for performance. We are definitely expecting to pick up new accounts — we had stores waiting outside the booth last season.”

• Viktoria Pavelka, creative director for rtw brand Lily Black: “Judging from the response and feedback we’ve had from buyers at other shows, we feel that Coterie will be a perfect fit. It brings in some of the most influential buyers from all over the world. Our schedule for Coterie has been filling up quickly, and many are new accounts. We also rely on walk-ins.

“We have seen two main changes in consumer trends over the last few years: The first is that consumers with higher spending limits started becoming more aware of and cautious about higher, over-the-top, luxury brand prices; the second is that fashion-conscious customers are now more inclined to invest in clothes that will last several seasons, rather than buying the fad pieces.…The market is experiencing big requests for high-end contemporary clothes that are made in the U.S. rather than overseas, and that are still available at competitive prices.”

• Helena Stuart, owner and designer of Only Hearts innerwear and apparel, as well as three boutiques in New York and three in Rome: “We’ve been bringing select pieces of intimate apparel to Coterie since the first edition at the Plaza Hotel in the Nineties. These pieces have become essential layering for ready-to-wear stores. They include baby dolls, bralettes, camis, chemises, slips, tap pants and bike shorts.

“On the business side, the climate is still challenging, and it’s hard to tell with the upcoming election. But we do expect a 10 percent increase from last year. For example, in Japan, which is still sensitive economically, we have been able to continually develop existing accounts while strategically opening new doors.”

• Cori Cascante, vice president of sales and marketing for Bleulab, a reversible denim brand: “We expect budgets will be higher at Coterie. That’s what we recently experienced at Project Las Vegas and [bigger budgets] seems to be the overall direction [among buyers]. Based on even greater response to our spring collection and our new men’s and women’s tops, we are seeing a positive shift in the buying community with new doors opening and healthy orders. We anticipate this trend to continue at Coterie. Coterie was and is our preferred sales venue because it attracts our buying demographics, both U.S. and international. At this point, we already have 30 percent more booked appointments than last season, including new accounts, as well as candidates for foreign distribution.”

• Peter Jacobson, president of Creative Concepts/Fashion Link sales and distribution firm: “We recently came back from MAGIC and the San Francisco Market trade show in northern California, where high-end specialty stores were writing more than in the past, which was quite a surprise. Traditionally, in an election year, business is uncertain. But [specialty] stores have been doing well, even though I expected business to be flat. I think it’s because designers have been doing a lot to create unique product.”

• Sarah Hanna, president of sales at five-year-old rtw label Ali Ro: “We have made the specialty store business a top priority going into 2013 and have staffed accordingly. Given the reaction to our pre-spring and spring previews with some majors and specialty boutiques, I anticipate the momentum will only continue through the show. We have kept the line looking special and novel, which is critical to boutiques during challenging times.

“We have a number of appointments booked already from our existing customer base and have concentrated on underpenetrated geographic regions. I think buyers are still cautious, especially during an election year. I do not believe there are bigger budgets but rather, a reallocation of dollars to lines that are performing well, to new lines, and to lines that look fresh and current.”

• Maria Lucia Hohan, designer of her namesake label of designer cocktail dresses and evening gowns, based in Bucharest, Romania: “I am realistic as always and I know that the market is looking for fast fashion that’s affordable and with very flexible payment and delivery terms. Considering my [designs’] consistent appearance on the red carpet this year, I hope I will have a chance at Coterie to find stockists interested in my line. But I do have several appointments, and I actually decided to exhibit at Coterie because I have had requests from many U.S. stockists for the past three seasons.”

• Yvette Fry, owner of sales firm Yvette Fry Inc.: “[I’ve been showing my] brands at Coterie for 10 years because it brings a national and international group of quality buyers. It has the most current and fashion-forward lines, and is one of the few trade shows that has a lot of energy. I am hoping for a few points ahead of last year. Our strongest designers [including Tai, Santi and Kanupriya] will be at Coterie and their numbers are up. Our collections offer color, newness, trend and lower pricing but still maintain quality. Accessories have always been the easiest way to update.”