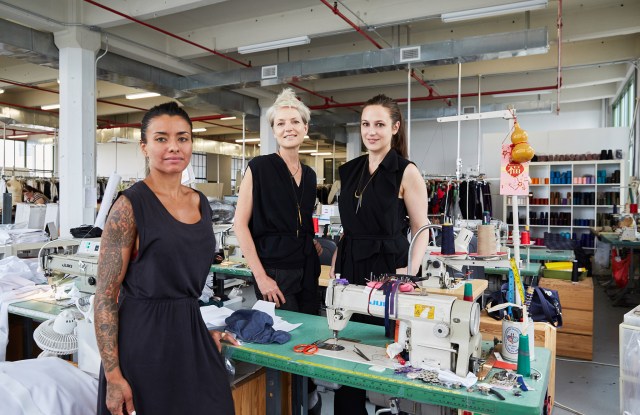 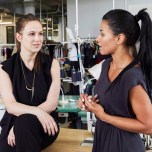 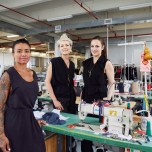 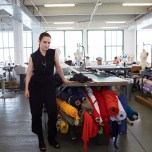 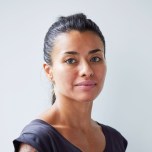 New York Fashion Week begins next week, and the city will host over 100 fashion shows and presentations. These events will feature hundreds of items of clothes, samples actually, many of which were sewn by people working in local factories. The garment industry needs people who can sew but that population continues to shrink.

Libby Mattern, production director, swimwear and ready-to-wear at Malia Mills, a company that manufactures its collections in New York and Los Angeles, knows the trend all too well and wants to change it. She established the nonprofit Course of Trade, at Malia Mills’ Brooklyn headquarters, to train people in sewing and get them jobs.

“I’m always in and out of factories, working hand-in-hand and talking with factory owners. Once our production ramped up, or if they got a new client, finding ways to expand their workforce was always a challenge,” Mattern explained. “They would end up having to slow down production because they could not find people to fill the void or they would turn away customers because they knew they could not meet the demand.”

Mattern, who earned a bachelor of science in fiber science and apparel design from Cornell University, the same degree as her boss Malia Mills, the cofounder and designer of the eponymous fashion label, at first dreamed of opening her own factory. Three years ago, she approached sister partners Malia and Carol Mills with the idea, and they suggested that Mattern start inside company headquarters in Brooklyn’s Industry City. But quickly the idea evolved into creating an entity to train newcomers in industrial apparel sewing.

“We have three sewers who are extraordinary. How could we find more like them? Our business is growing and we needed more sewers,” Malia Mills explained. “For Libby, having her own factory is a dream and we had the resources to start her up. But when she went out into the community to find sewers, she really struggled because it’s very hard to find folks to work at industrial machines. Where is the next generation to come from?”

Course of Trade is a 120-hour program where students, one at a time, learn how to sew on four different machines: The single-needle machine for sewing darts, top-stitching and basting; the three-thread and four-thread Merrow overlock machines used to stitch fabrics together or cover the edge of fabric to prevent unrolling, and a double-needle machine commonly used for hems. In addition, Mattern instructs students on how to interview, prepare sample portfolios, and other soft skills.

Course of Trade was awarded its 501(c)3 status last fall and has received grants from donors including NYC Fashion M.A.D.E. (Manufacturers Alliance of Design Educators), a nonprofit that supports the teaching of garment manufacturing and technological skills to the fashion trade. Five students have “graduated” and two have gotten jobs at factories. Mattern, deep in the grant application process, said she would use new funds to add more sewing machines to teach more than one person at a time, or, based on discussions with the Albany, N.Y.-based Workforce Development Institute, look to expand training to other areas in New York State that have apparel factories in need of sewers.

One graduate, who preferred not to be named, came to Course of Trade via The Women’s Prison Association and now works sewing hems and labels at Brooklyn’s Custom Sewing Services, a small factory specializing in small runs for upstart designers.

“The challenge is finding entry-to-mid-level sewers who want to work in a factory setting,” said Maureen Pierre, who founded Custom Sewing with her mother, Louita, a former freelance seamstress, and brother Edwin, a cutter. “Highly skilled sewers are often freelance or work for designers getting $30 to $40 per hour.”

Laura Marin who finished Course of Trade earlier this month, is now in a trial period with milliner Tracy Watts. Marin, 34, learned about Course of Trade thanks to the mother of the child her daughter babysits for, who is a patternmaker at Malia Mills. Marin had been working as a home and office cleaner with her mother after struggling to find a long-term job.

“What I like about this work is that you create something, it’s organized, and you have to be thoughtful about what you’re doing,” said Marin.

“I think Libby’s training program is highly valuable to the industry,” said Tracy Watts, noting that Marin has to learn millinery techniques in addition to Mattern’s sewing training. “It had become increasingly difficult to find anyone with skills or an inclination to work in the sample room.”

The workforce of sewers continues to contract. The latest figures from the Bureau of Labor Statistics show that between 2012 and 2017, the number of people working in the cut-and-sew apparel industry shrank from 121,800 to 96,400, with sewing machine operators accounting for 43.5 percent of the workforce last year. In addition to industrial considerations, sewers are aging out of the industry. Moreover, immigrants who are sewers often want their children to go to university and not into the garment trade. At the same time, industrial sewing, like so many other trades, has dropped off the curriculum of many vocational or other schools.

The Council of Fashion Designers of America is now looking to develop programs addressing these issues. The Fashion Manufacturing Initiative, launched by the CFDA, Andrew Rosen and Theory and in partnership with the NYCEDC in 2013 and its grant program offers advanced training to skilled workers, including sewers, explained a CFDA spokesman. The CFDA is looking to expand education to include new workers in addition to teaching students and designers about the advanced and high-tech manufacturing jobs in the industry that can lead to sustainable careers.

“You used to be able to go to the unions and say I need a stitcher — they don’t do that anymore,” said John Martynec, the senior vice president of manufacturing at Brooks Brothers, which operates the Southwick factory in Haverhill, Mass., in addition to factories in Long Island City, and Garland, N.C., for neckties and shirts, respectively. He thinks that fashion brands and factories have to find and train their own manufacturing workforce. For example, Brooks Brothers works with local immigrant organizations and charities to find sewers, among other search methods. The company donates machines and fabrics to these groups to test and/or train sewers. Brooks Brothers is also working with the state of Massachusetts to fund training facilities inside the Southwick plant, the workforce of which has doubled since the company bought it in 2009.

“The whole idea is to get a younger person who wants to learn how to sew and make a living out of it,” Martynec observed.