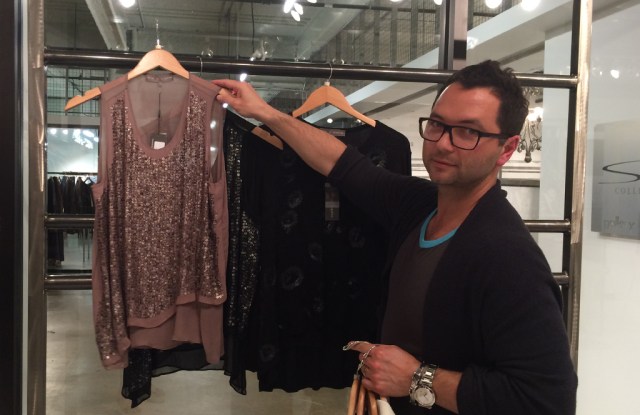 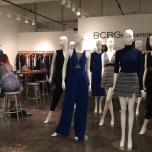 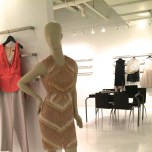 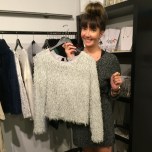 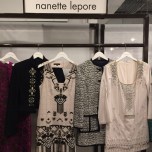 “June is usually one of the slow markets, but we’ve been slammed today,” said Christie Danielson, manager of Dakota Showroom.

Danielson said she did especially well with the launch of Goldie London, an English line of sweaters wholesaling for $15 to $38.

“Everything is usually high [priced] here, but Goldie is not, so it’s easy for them to buy it,” Danielson said.

“I thought [the line] would be for young people, but everybody is buying it,” Newberry said, adding that accessories are doing “extremely well” at the upscale Texas chain.

Social media campaigns targeting students and parents at the University of Mississippi have helped triple sales since 2013 at Nella, according to Jeff Johnson, owner of the four-year-old boutique in Oxford. Tops led the growth, followed by dresses and denim.

“The area is on fire now with the growing university,” Johnson said. “We’ll have 3,000 new moms and their daughters come through [for orientation] in the month of June. We sell silk Alice & Trixie and BCBG to the daughter and Badgley Mischka to the mother.”

Johnson hiked his budget 5 percent and focused on novelty sweaters and items, such as Krisa leather shirt jackets.

“Spring started slow and then we had the flood,” said buyer Jennifer Cobbs. “It was dead, mostly because people couldn’t get out.”

As a result, Cobbs kept her plan “a little more conservative” as she scoped out solid knit dresses by Susana Monaco and slouchy knitwear by Riller & Fount.

Nanette Lepore had a “surprisingly decent” show, according to account executive Jenny Armendariz. An Aztec beaded cream-and-black cocktail chemise was a bestseller.

“I picked up a few new customers,” Armendariz said. “Everyone wants to dress up.”

“People want to buy something that’s different but not costumey, and they have to see the reason,” Hamburg said.

Gene Kagan, owner and designer of Lola & Sophie, had good reaction to sheered layered tops embellished with sequins and embroidery.