In November, the Brookings Institution named Dallas-Fort Worth as one of only three U.S. metro areas to have fully recovered from the Great Recession. 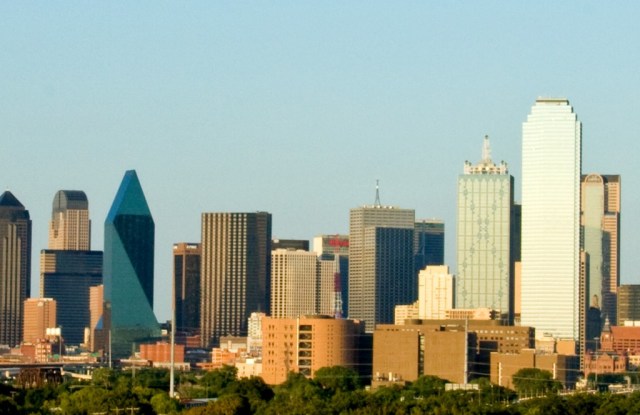 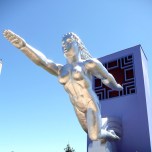 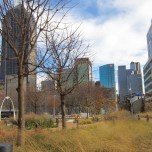 Employment, housing sales and shopping center leasing have all been rising steadily in the Dallas-Fort Worth Metroplex, and in November, the Brookings Institution named it one of only three U.S. metro areas to have fully recovered from the Great Recession.

Yet independent specialty retailers are not rubbing their hands in anticipation of robust spring sales.

Roller-coaster business in the fourth quarter combined with uneasiness over Congressional feuding and relentless online competition has merchants taking a guarded outlook with projections, calling for flat sales or small gains.

“Absolutely, we are in as good a place as anybody can be, but even though we might be insulated from a hurricane or a school shooting, it doesn’t mean people are not affected by what is happening in the news,” said Brian Bolke, co-owner of the Forty Five Ten luxury store.

“Nothing comes easy,” lamented Carley Seale, owner of The Gypsy Wagon, a winsome fashion and gift boutique nestled among hip restaurants on Henderson Avenue. “You have to fight for every customer and every sale like it’s your only one. It’s been that environment for at least four years, and now the customer expects it.”

“I feel like the first half will probably be very challenging, and I feel the year will probably be flat, though we are planned up in midsingle digits,” said Crawford Brock, owner of Stanley Korshak luxury emporium and The Shak contemporary store in the thriving Uptown district. He sees softness in women’s designer apparel and strength in handbags, shoes, contemporary and men’s wear.

To drive sales, Brock’s stores are beefing up marketing, throwing more parties and choosing merchandise that is special, versatile and well priced.

Connie Sigel, owner of Elements fashion boutique, rid the store of basic knits and shapewear to concentrate on “cutting-edge” designers like Anine Bing. She feels that recent investments in social media as well as print magazine ads are “really paying off” and anticipates a “small increase” this season. “I’m trying to buy smarter and watching my price points. I feel like people don’t want to spend $4,000 for a python handbag. They’ll spend $2,000. The mentality is good quality but also quantity. People want to be able to shop more.”

Bolke also sees a changed mind-set among his well-heeled clientele. “They will buy something really beautiful that they know they will live in and keep and enjoy,” he observed, citing a best-selling red Jil Sander coat. “It’s not about minimalism or classicism per se, but things that are really identifiable don’t seem like a very good value.”

Though sales at Forty Five Ten slipped slightly for holiday, Bolke said business has been stellar at Five and Ten and Number One/Le Jus — the more accessibly priced fashion and gift shops he opened last year at Highland Park Village in the city’s wealthiest enclave. “The dollars per square foot have been fantastic,” said Bolke. The two stores carry casual fare like Aloha Rag and Herff Christiansen, as well as pampering apothecary goods. “Highland Park Village is a little prone to weather and vacation scheduling, but when it’s on, it’s amazing.”

The Gypsy Wagon, where fashion prices top out at Johnny Was and Biya, addresses a broad demographic that last fall became extremely price-conscious, Seale said, noting that customers were spending $10 on Christmas gifts rather than $50. “You can’t predict that to happen.” The Gypsy Wagon made its numbers by inviting customers to host charity parties after-hours and promoting wish-list cards that shoppers addressed to their personal Santas, which mustered men with cards in hand the week before Christmas.

“If we hadn’t done those parties and events, we would have been down 20 percent,” Seale said.

The Dallas area is said to have recovered from the Great Recession.