Delivering Good Pulls in More Than $425,000 at Women of Inspiration Luncheon

Delivering Good delivered on a fast-paced, heartfelt luncheon Wednesday at The Pierre hotel in New York.

The 13th annual Women of Inspiration luncheon honored Lece Lohr, president of Justice, a subsidiary of Ascena Retail Group Inc., and Maria Montano, president and chief executive officer of Gerber Childrenswear LLC. There was also a special tribute to the legacy of Edyth Bush, dancer, actress, playwright, philanthropist and founder of the Edyth Bush Charitable Foundation, which in collaboration with Delivering Good provides critical assistance to individuals and families in need around the central Florida region. The award was accepted by David Odahowski, president and ceo of the foundation. 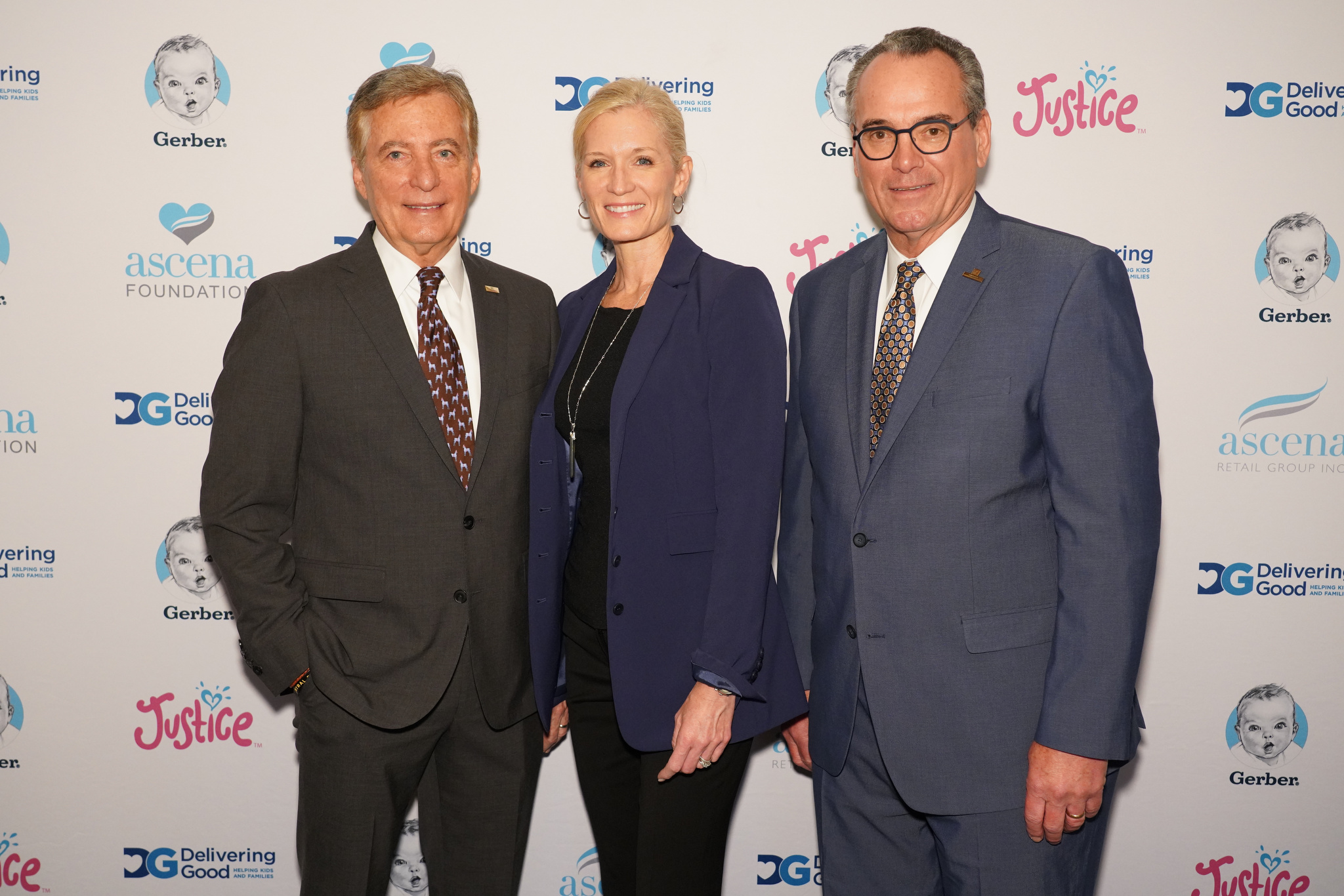 Jennifer Dulski, best-sellng author of “Purposeful: Are You a Manager or a Movement Starter,” was the keynote speaker, and Thomas P. Farley, known as Mister Manners, served as master of ceremonies. The event was attended by more than 400 people, including Abbey Doneger, John P. Pomerantz, Robin Lewis, Marla Ginsburg, Haim Dabah, Mike Setola, Aliza Licht and Fern Mallis. Chaired by Carole Postal and Karen Bromley, the luncheon succeeded in raising more than $425,000,  which doesn’t include the product they collect in tandem with the event.

Andrea Weiss, the new chairman of Delivering Good, who has previously worked at L. Brands, Guess, Ann Taylor and Walt Disney Co., said, “While my career in retail and digital was both long and rewarding, it is a new purpose that I found with Delivering Good. It’s my purpose and passion to be finding ways to help families and children in need.”

In recent months, Weiss has traveled throughout the U.S. on behalf of Delivering Good, and had the privilege of seeing “firsthand the power of your donations and financial support,” she said. She said the charity has figured out ways for manufacturers to use product to create a sustainable source of donations for those impacted by poverty and disasters, such as the hurricanes in Puerto Rico and Florida. “Overall, the partnerships and the relationships that we have built in Delivering Good have provided more than 11 million products for people and families in need just last year alone,” said Weiss. The organization delivered more than three million pairs of socks, three times their original goal. She also cited such programs as Ann Taylor’s Buy a Dress, Give a Dress and sizable donations from their partner, Gerber Childrenswear.

Lisa Gurwitch, president and ceo of Delivering Good, added that Delivering Good provides dignity, hope and self-esteem to people in need focusing on quality goods and new merchandise. It also helps the fashion and consumer industry reduce waste and work toward sustainability by working efficiently and effectively with product donors and community partners. 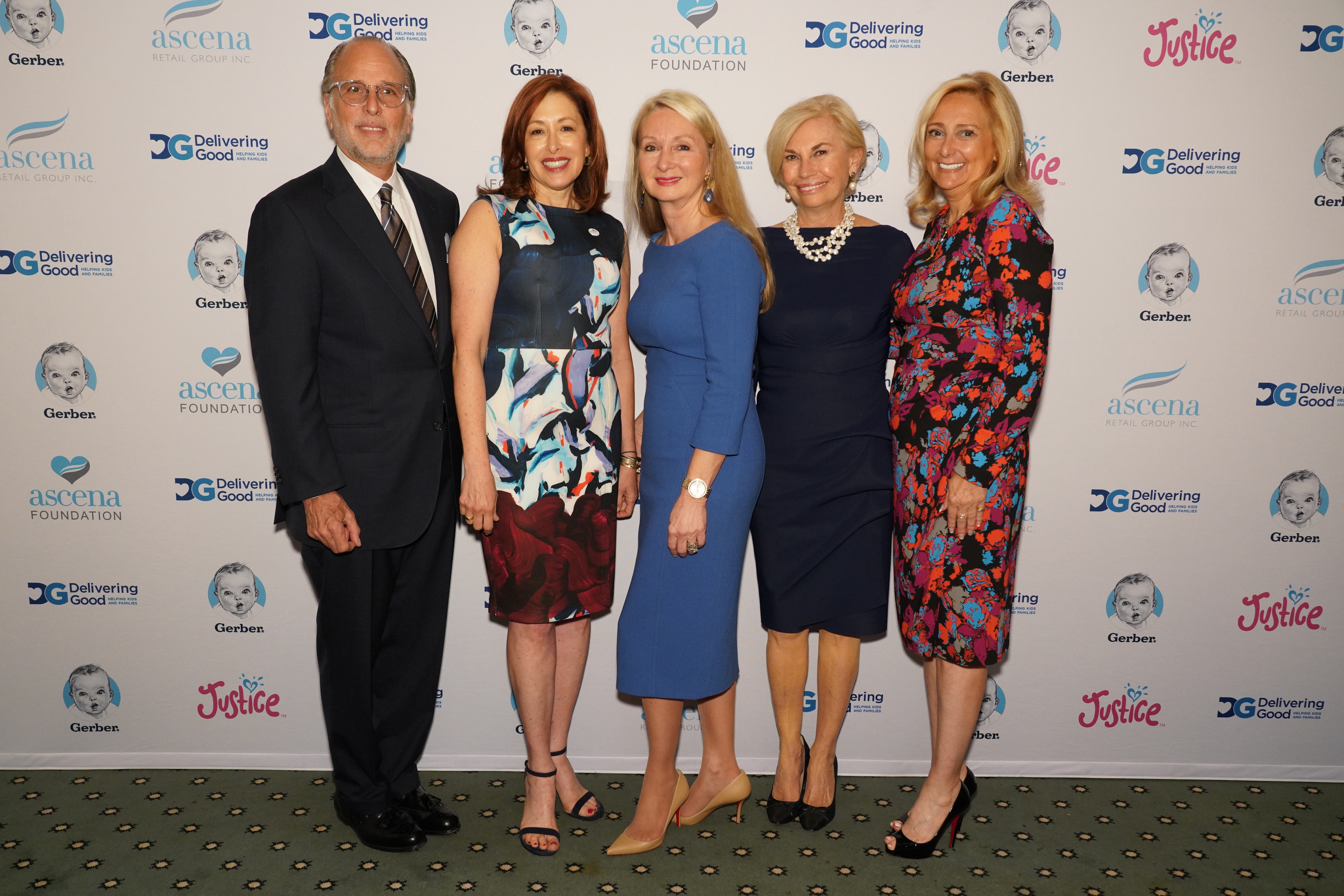 As keynote speaker, Dulski discussed three of the seven traits outlined in her book that movement-starters need to be successful. The first one is courage. “You don’t wake up one morning and roll out of bed as Gloria Steinem. You’ve got to take some small steps on the way there,” she said. The second is the ability to build connections and to bring others along, and the third is sheer determination.

The next speaker was Jinji Nicole, a former model and actress turned inspirational speaker, who has benefited from the work of Delivering Good when she found herself homeless after an injury. Nicole received items from Delivering Good through a community partner, Dorot, which helped her restore her dignity and self-esteem. Today, she volunteers at a local shelter that helps young girls and also assists mothers.

“Not only do I consider this to be an incredible recognition. I feel this award is a responsibility,” said Lohr. “I feel affirmed and supported by it, but more important, it makes me question, what do I need to do now, to be even more brave and bold in the kind of work I want to do?”

She said she will continue to be an advocate, through Ascena, to assist Delivering Good “in their outstanding effort to help kids and their families.” She said one can’t underestimate how new goods can provide a person with confidence in their time of need. Both Ascena and Justice have given more than $17 million since their partnership began in 2009. She said Ascena recently committed to contribute $250 million to women and girls and the causes they care about by 2025. She also introduced three tween girls, who are Justice “Girls With Heart” ambassadors to address the crowd.

The final honoree was Gerber Childrenswear’s Montano. She talked about how her parents came to the U.S. more than 50 years ago with a fifth grade education and a dream for their children to aspire for more. Montana said when she applied to colleges from a small town in California, her guidance counselor asked her if she planned to apply to Stanford. Montano said she didn’t because she couldn’t afford the $60 application fee, and she’d never get in. The counselor disagreed and got her a low-income fee waiver, and she got in. “She changed my life because she saw possibilities for me that I couldn’t see, and she pushed me to dream a bigger dream.”