Bethenny Frankel, entrepreneur and reality TV star, was a special honoree for her humanitarian efforts in disaster relief. 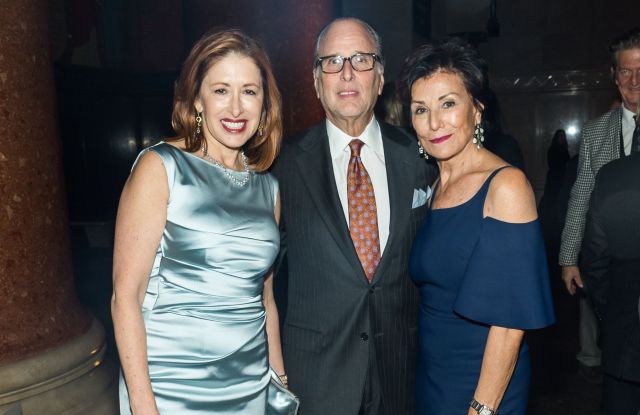 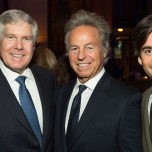 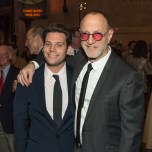 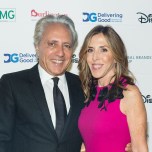 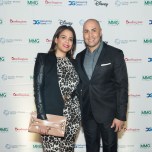 Some 725 people gathered at the American Museum of Natural History Wednesday night to recognize Delivering Goods’ efforts to fight poverty and tragedies through the delivery of apparel, accessories, footwear, toys, books and home goods.

Among the guests was Carlos Beltran, an outfielder for the World Series Champions Houston Astros, who was born and raised in Manati, Puerto Rico and has done a lot of work for the Puerto Rico hurricane recovery with his local foundation.

Facing a record number of natural disasters in the U.S., including floods, severe storms and hurricanes in such places as Houston, Puerto Rico and Florida, Delivering Good has been working nonstop to provide much-needed merchandise. Tom Nastos, one of the gala cochairs, said the donations have “given millions of people means to lift themselves out of despair and take steps to a bright future.”

Pryor Cashman’s Rose said that he is humbled by this organization “that runs itself on a shoestring budget and delivers goods, at light speed to those in need.” He recalled an event this past September which crystallized the impact this organization has. He was distributing character-themed backpacks with school supplies to kids in kindergarten when one of the students was fixated on the hang tag. “Look, a label, it means it’s new,” she said. She asked if she could bring one home to her little brother.

Lisa Gurwitch, president and chief executive officer of Delivering Good, talked about the incredible year the charity has had. Not only did the charity undergo a name change, but it also had to monitor a record number of natural disasters. Gurwitch thanked Frankel for her efforts in sending planes to disaster areas with desperately needed supplies. Frankel and her B Strong program for women and their families in crisis teamed up with Delivering Good to provide people affected by the recent natural disasters with much-needed gift cards, bank cards and critical supplies. She enlisted thousands of individuals who wanted to help, but didn’t know exactly how, and successfully raised hundreds of thousands of dollars for these gift card and supplies for Puerto Rico, Texas, Northern California, Mexico and the Caribbean. “This unprecedented series of disasters have led to an unprecedented response, which at one point briefly crashed our web site,” she said.

Gurwitch said Frankel gives the title “influencer” new meaning. “She is living proof of the difference one person can make,” she said. She noted that Frankel has been on the ground and in the mud in disaster-ravaged communities distributing supplies to people who have lost everything.

For her part, Frankel said she was eager to help and was seeking a reliable partner to “move the money.”

“I felt inspired that I need to get involved. People don’t know what to do. We’re all successful and wealthy and #blessed. I always felt that I wanted to help,” she said. She added she has donated to charity for years and wanted to feel something “and wanted to feel inspired and feel like I made a difference.” Describing the various missions she went on, she said doctors were performing medical services on the street, Houston was so bad and everybody had lost everything, but “they were still feeling religion and grateful,”  and then she went to Mexico and saw what they had was “less than nothing.”

“To go to Puerto Rico, and imagine being in the dark right now with your kids. The population boom that will happen in nine months from now is another story,” she said. “The world is a crazy place.”

In accepting his honor, Ellinger recalled when he first created Fashion Delivers, he called 35 industry friends for donations and they all said yes. “Fashion Delivers was off and running, and in the first year we shipped $6 million of new products.” He said the most requested items were sizes 56 and 58 in black suits so people could go to church. “We helped them rebuild their dignity,” he said. Today, with the merger of Fashion Delivers and K.I.D.S., now known as Delivering Good, they’ve gotten the assistance of law firms, publications, branding firms and others. “I’ve come to love the words ‘pro bono,’” he said. The charity has given $1.6 billion of donated product to poor and disadvantaged people worldwide since it began.

Ellinger said he couldn’t have found a better partner than Frankel and B Strong and noted that Gurwitch “has taken our charity to new levels.”