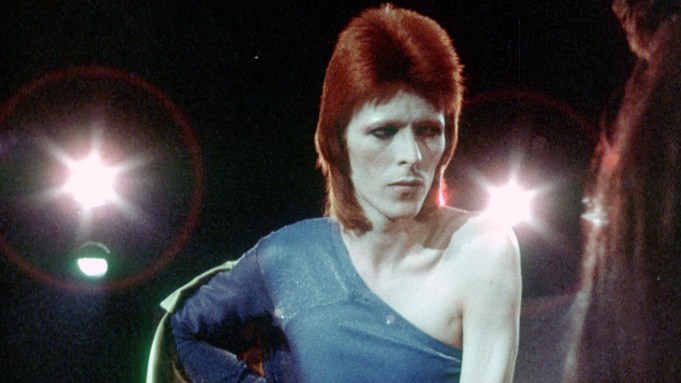 Last week’s wild ride on Wall Street that wiped out $1 trillion in market capitalization of the S&P 500 was triggered when a perfect storm of financial and economic news converged to spook investors.

And this week was off to a bumpy ride as all the major indices in Europe and Asia closed Monday in the red with China’s Shanghai index falling a whopping 5 percent. U.S. stocks had opened up, slid in the midday session on Monday, ultimately closing up slightly, setting the tone for a choppy week.

As a result, the Dow Jones Industrial Average lost 1,000 points and the WWD Global Stock Tracker skidded to near its 52-week low. The WWD tracker of 100 global fashion apparel, beauty, luxury and accessories firms now shows more declining stocks than gainers in the past year.

Some business media pundits are squawking that this is a major market correction while others are saying, no, it is actually worse. Bearish investors are claiming that Wall Street is witnessing the death throes of one of the longest-running bull markets in history.

Either way, the forces behind the market’s volatility appear here to stay for some time. — ARTHUR ZACZKIEWICZ

Activist shareholder Starboard Value turned up the pressure on Macy’s this week, sending a letter to chairman Terry J. Lundgren urging the retailer to pursue joint ventures to unlock shareholder value and to find additional areas to cut expenses, on top of the $400 million disclosed by Macy’s the week before. Macy’s reported comparable-store sales for November-December fell 4.7 percent, and lowered its earning’s forecast for 2015, projecting between $3.85 and $3.90 a share, excluding expenses related to cost efficiencies and impairment charges primarily from store closings. Macy’s previously pegged earnings at $4.20 to $4.30. Along with other chains, the $28 billion department store has been grappling with economic and consumer headwinds, from shoppers showing less interest in fashion and spending more on restaurants, travel and other experiences, to declining tourism and excess inventories from the unusually warm winter. Donald Trump put in his two cents, describing Macy’s as one of the “worst performing stocks on the S&P last year, plunging 46 percent.” He called Macy’s “very disloyal,” referencing Macy’s decision to stop carrying his merchandise after his comments about Mexican immigrants. In the meantime, Wall Street seems to like all the dustup: Macy’s stock rose 8.2 percent on Monday. — DAVID MOIN

Watch out, there’s a new global giant on the prowl for consumer investments, and it bears a couple of familiar names.

Bernard Arnault and private equity player Catterton agreed to join forces and form L Catterton, which is set to be the world’s largest consumer-focused investment firm. The company will have more than $12 billion under management and will be based in Greenwich, Conn., and London. Partners at Catterton are set to own a 60 percent stake, with the balance jointly controlled by Arnault’s LVMH Moët Hennessy Louis Vuitton and his family holding company, Groupe Arnault.

Arnault — the world’s 13th-richest man according to Forbes — said the combination would bring “together our global network and industry expertise with Catterton’s long–standing operational approach to building value in consumer investments.” He’s familiar with his new partners, having invested in Catterton’s funds since 1998.

From white moon boots to space-helmet hats and micro-miniskirts, the father of futuristic fashion, André Courrèges, was remembered this week for his far-reaching influence on generations of

fashion designers, from Marc Jacobs to Karl Lagerfeld, and beyond, to packaging and industrial design. A visionary of jet-set style, Courrèges died Jan. 7 after battling Parkinson’s disease for 30 years.

Dubbed the Space-Age Couturier, Courrèges was one of the first designers to recognize the importance of ready-to-wear. “You don’t walk through life anymore. You run. You dance. You drive a car. You take a plane, not a train. Clothes must be able to move, too,” he said. “I feel there is a very strong mood in the air. Women want to wear casual, sporty clothes by day.”

Ralph Toledano, president of the Fédération Française de la Couture du Prêt-à-Porter des Couturiers et des Créateurs de Mode, French fashion’s governing body, said Courrèges was one of the rare designers to invent a style and also the first to harness the power of manufacturing to develop ready-to-wear. “He was both a revolutionary and a visionary,” Toledano said. “He strived obsessively for freedom, functionality, modernity and relevance. His influence is keenly felt nowadays.”

“He was an enormous talent. I don’t think he was appreciated enough at all,” recalled one of his devotees, Lee Radziwill. She called his style “so fresh and so young — the very short skirts, the very high boots — and he was such a lovely gentleman.” — DIANNE M. POGODA

The Hudson’s Bay Co. continued its string of acquisitions with its deal to buy the $550 million Gilt Groupe for $250 million.

It’s a low price for a once high-flying flash-sale site that saw its best days after the Great Recession. Lately, it’s struggled with a format that’s been widely copied and losing distinction. Some Gilt workers will join HBC, but Gilt ceo Michelle Peluso will only stay through a transition. Jonathan Greller, president of HBC outlets, will oversee the site.

HBC hopes to pump up the brand by consolidating some functions into HBC’s shared services arm, and establishing Gilt shops inside Saks Off 5th stores starting in February.

Customers will be able to buy and return Gilt products at Off 5th. A major impediment at Gilt has been the difficulty of handling returns. The Gilt shops could bring extra customer traffic to Off 5th, which will become an outpost for signing up Gilt members. Also, Gilt has personalization technology that HBC could use to improve conversions at all its Web sites. Over the years, HBC has purchased Hudson’s Bay, Lord & Taylor, Saks Fifth Avenue, Kaufhof and Fortunoff’s, which HBC closed. — DAVID MOIN

The year began with lots of activity around Iconix Brand Group Inc., stemming from the company’s disclosure that the “comment letter process” with the Securities and Exchange Commission was upgraded to a formal investigation. Along with shareholder lawsuits alleging wrongdoing, management turmoil and a string of earnings restatements, the company faces a multitude of challenges. Iconix could get a refinancing completed for its June 2016 convertible notes to satisfy a $300 million debt obligation, but the cost of that financing is expected to be steep. And with the stock trading at the $5.50 range, the watch is also on to see whether the shares dip below $5 a share, when stocks typically lose institutional investor support. And adding interest is Mike Ashley’s Sports Direct International’s indirect acquisition of 4.3 million Iconix shares, or 9 percent of the company. It is said he has a long-standing interest in Iconix’s Umbro brand. — VICKI M. YOUNG

Karl Lagerfeld, one of fashion’s busiest and most handsomely paid designers, came under the scrutiny of France’s aggressive tax authorities. His accountants and financial advisers are having an “open discussion” with the government, even while he pays “millions” in taxes in France, according to sources close to the German designer — who is a resident of Monaco.

French news weekly L’Express uncovered the probe, alleging that Chanel’s longtime couturier and Fendi’s fur and ready-to-wear designer avoided declaring some 20 million euros, or $21.6 million at current exchange, in earnings over the past six years by channeling funds through companies located in Ireland, Britain, the British Virgin Islands and the U.S. It is understood the income in question stems not from his regular fees from fashion houses, which include his signature firm controlled by private equity fund Apax Partners, but from photography work and assorted freelance projects. Lagerfeld declined all comment. — MILES SOCHA

J. Crew’s chairman and ceo is downsizing, however. Drexler recently sold his 5.7-acre estate in Montauk, N.Y., for $50 million, setting a record for the hamlet in terms of residential sales.

Eothen, as the Montauk estate is called, was built in the Thirties as a fishing camp. Andy Warhol, who in 1972 paid $225,000 for the property, would likely be shocked that some of his paintings have fetched twice as much as Eothen’s recent sale price.

Drexler realized a nice return of his own: He bought the secluded oceanfront compound and adjacent 24-acre horse farm in 2007 for $27.5 million. Paul Brennan, the Douglas Elliman listing agent, said Drexler only used the property in August.

Adam Lindemann, the investor and art world figure who purchased the property from Drexler, was attracted by its provenance.

“[Drexler] buys and sells a lot,” Brennan said. “He had a house on Martha’s Vineyard and something down in the Caribbean.” — SHARON EDELSON

After an 18-month battle with cancer, legendary performer David Bowie died on Sunday, two days after his 69th birthday. The news, which was released on his Facebook page, sent ripples throughout the fashion industry and social media.

Jean Paul Gaultier described Bowie as a “cult, an absolute rock star,” while Belgian designer Walter Van Beirendonck said the rock star made his “view on the world wider.”

Bowie, whose real name was David Robert Jones, was born in Brixton in the U.K. on Jan. 8, 1947. He began learning the saxophone at age 13 and played in various bands before developing the David Bowie persona in 1966.

Bowie’s visual and musical creations have produced a thread that designers continue to pick at — or sometimes unravel — in an attempt to articulate their own visions. It’s a thread that feels profoundly relevant today as androgyny, which Bowie embraced more than three decades ago, makes its way to the forefront of men’s wear, and “Lazarus,” an off-Broadway musical written by Bowie and Enda Walsh, plays at the New York Theater Workshop. Bowie’s retrospective “David Bowie Is,” is also currently on view at the Groninger Museum in Holland. — ARIA HUGHES

The hashtags for Tory Burch’s first post in 2016 include #blessed, #engaged, and #happynewyear. She used Instagram to reveal that she is to marry Pierre-Yves Roussel, the tall and dashing chairman and chief executive officer of LVMH Fashion Group. The designer posted a photo of herself on Roussel’s arm with the caption, “We are tying the knot.”

Roussel later confirmed to WWD that he popped the question, while noting no date has been decided for the wedding. He and Burch have been dating since June 2014.

Roussel, who oversees the Marc Jacobs and Donna Karan businesses in the U.S., has been splitting his time between Paris and New York for professional and personal reasons and will continue to do so in the future. European houses under his purview include Céline, Givenchy, Kenzo, Loewe, Pucci, Nicholas Kirkwood and J.W. Anderson. Burch, meanwhile, has a new Paris flagship to tend to. — MILES SOCHA