Fairs in Europe Focus on Expansion

Trade show organizers look to enhance the experience for buyers, while others are planning to expand in the Far East.

By Katya Foreman and Cynthia Martens on November 16, 2011
View Slideshow 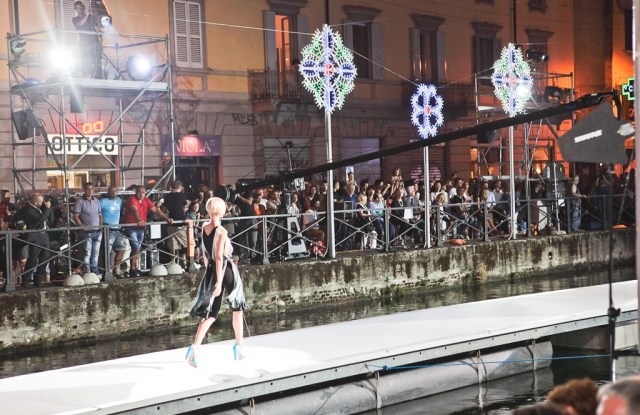 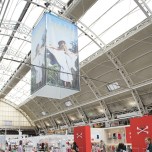 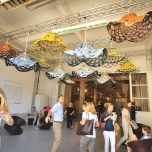 Trade show organizers in the U.K. and on the Continent have an upbeat but realistic outlook for the first half of next year.

Many are expanding or enhancing their venues to accommodate and entice clients, while others are planning to expand in the Far East, all with the aim of drumming up business.

Trade show organizers in Paris remain vigilant, coming off of a sluggish performance for France’s clothing sector, impacted by weak summer sales and a limp back-to-school period. Clothing sales for the month of September in France slid 7.5 percent year-on-year, according to a report by the French Institute of Fashion. In the nine months ended Sept. 30, clothing sales fell 2.4 percent versus the equivalent year-ago period.

“The challenge of all of the brands is not only to deliver the most beautiful collections and campaigns, but to reassure clients on the economic health of their company, and the quality of product, deliveries, and after-sales service,” said Cécile Vivier-Guerin, project manager of the Salon International de la Lingerie innerwear trade show, scheduled to run Jan. 21 to 23 at the Porte de Versailles.

Eager to maintain visitor numbers, SIL recently embarked on an aggressive promotional campaign targeting store owners in far-flung territories like the U.S. and Canada. Providing support to struggling brands is also paramount, Vivier-Guerin said, citing Lejaby. The brand, which in late October filed for the French equivalent of Chapter 11 bankruptcy protection, has been accepted and has confirmed that it will attend the show. Despite the economic turmoil in Greece, Vivier-Guerin added that the Greek brand Nota has also confirmed its attendance and that several brands long absent from the showcase have also booked space, such as Gossard and Marlies Dekkers.

“The big question mark is the visitors,” said Bertrand Foäche, co-founder of trade show operator WSN Developpement, which in January will introduce its new show format.

Under the umbrella label Who’s Next, Prêt à Porter Paris, the Jan. 21 to 24 Portes de Versailles editions of the Who’s Next, Premiere Classe and Prêt à Porter Paris salons will be grouped together in 1.3 million square feet of exhibition space. This will make it the world’s biggest fashion trade show, offering 2,500 apparel and accessories brands, according to Foäche. Despite those changes, Foäche was not overly optimistic and expects the season to be “a difficult one” in terms of business for the exhibitors.

Reporting “no negative feedback so far,” meanwhile, Michael Scherpe, president of Messe Frankfurt France, which owns the Texworld and Ethical Fashion Show trade shows, said that it was business as usual.

“There are problems that don’t necessarily affect all of the areas of the planet to the same degree,” said Scherpe, who confirmed that around 80 percent of Texworld’s textile manufacturer exhibitors are Asian. “The world’s population has just hit seven billion and all of those people need dressing.”

Italian trade show organizers, though aware the tough economy will likely impact turnout, are equally upbeat. They are forging ahead with preparations, emphasizing the Made in Italy quality and brand.

“The economic situation inevitably has an impact on the participation levels at all fairs,” said Silvio Albini, the new president of Milano Unica. “At stake there are the expectations regarding consumer behavior and consequently on planning for production levels. At the moment, even if we are dealing with a slowing number of orders, it seems to me that there is a gap between the terrible way the financial markets are going and the way the real economy is going, growing less than expected at the beginning of the year but seemingly without entering a recession.”

Albini said Milano Unica will go to China next year — Beijing in March and Shanghai in October — and noted there is “great appreciation” for Italian products in Asia.

Massimiliano Bizzi, president of White, which showcases niche men’s and women’s wear, as well as design and beauty products, said trade show organizers face numerous problems. But he had a positive outlook, nonetheless. He expects about 350 exhibitors in January, and noted that the decision to again host the men’s, women’s and design exhibitions during Milan Fashion Week will help satisfy buyers’ desire to place their orders earlier in the season, as well as optimize their time and save travel costs.

“Certainly, in this scenario, the successful are those who have a winning product and a flexible company structure that allows strategy revision based on need,” said Bizzi. “For this reason, I believe small to medium-sized Italian companies that emphasize a high-quality Made in Italy product are suffering less.”

London trade show organizers are approaching the New Year with a similar spirit, despite the cloudy macroeconomic environment and the push back from increasingly cash-strapped consumers.

According to Carole Hunter, director of marketing at the LondonEdge and LondonCentral trade shows, for the first time in several seasons, organizers feel things are looking up. She said new areas have been added to LondonEdge, such as the Secret Garden — where tired showgoers can chill out — Vintedge, which encompasses wholesale vintage companies, and the Tent, which houses festival lifestyle companies.

Most other shows, too, are expanding and improving their exhibitor space based on a rise in visitor numbers and sales last season. British Bridal Exhibitions Harrogate will be looking to fill an extra 3,240 square feet with new exhibitors, and will be expanding into new halls in the Harrogate International Center for the Bridal Buyer Awards. Emma Charter, marketing manager of BBEH said: “The bridalwear industry has not been as affected by the [economic] crisis, as brides will always be searching for the perfect dress.”

Bridalwear isn’t the only industry on the upswing. In June last year, Bubble London, the children’s wear show, held its largest summer edition to date and the numbers appear to be on the up. Lindsay Hoyes from Bubble said: “We are already full in our current venue, and this year we will be filling extra space as the collections available have increased.”

Karen Radley from Scoop, a showcase for contemporary international fashion that takes place at the Saatchi Gallery in London, said the show saw a 39 percent rise in visitors, with exhibitor numbers also growing.

“In February we had 70 exhibitors, last season there were 130,” she said, adding that Scoop would maintain its approach, curating its show around a German art installation called “Gesamtkunstwerk,” which in German means a work that combines many art forms