Germany Focuses on Berlin and Beyond

The German trade fair scene is on the move for the spring 2015 season. 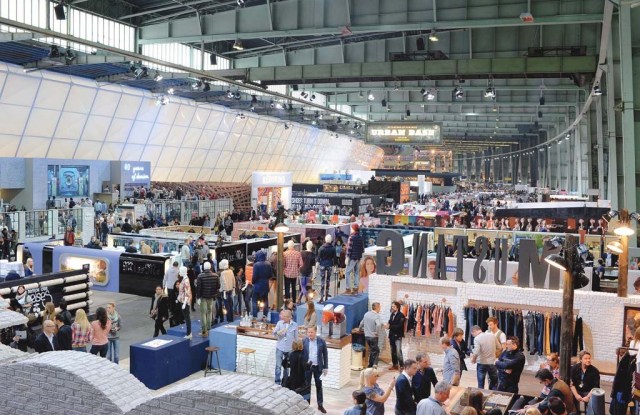 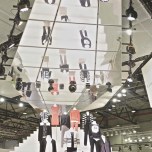 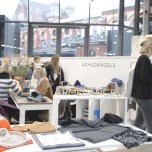 BERLIN — The German trade fair scene is on the move for the spring 2015 season.

This holds true both locally, where numerous events are shifting venues, and farther afield, as German show organizers step up activities in other domestic and international markets.

Although structural challenges — such as declining in-store traffic, the ongoing rise of online sales and changing consumer habits and demands — continue to pressure the German retail landscape, basic conditions look promising for next season. The GfK German Consumer Climate report for April maintained high values. Income expectations hit the highest level since reunification, and willingness to buy, although less buoyant than in March, continued its upward trend. GfK forecasts private spending in Germany will increase about 1.5 percent in real terms this year.

Moreover, as of end April, German apparel retail sales slightly outpaced last year. Jürgen Dax, director of the German Apparel Retailers Association, said many stores expect to generate a plus for the first six months of 2014, “which should lift spirits and let buyers optimistically enter the next order round in July.”

Although Berlin hosts more than a score of trade fairs, the seasonal order round still finds buyers going to Berlin, Düsseldorf or Munich, a state of affairs that led the association to urge all manufacturers to support Berlin as the main fair city.

“Our buyers complain that it’s still not possible to get a complete overview in one place,” Dax said. “Certain big players who have bought or rented space in Düsseldorf require buyers to see them there, but most retailers feel Düsseldorf is more of a regional event. If Berlin is not strengthened so that it remains interesting for international buyers as well, things will disintegrate and Germany will have no reasonable trade fair center.”

Deirdre Maloney, cofounder of Capsule, which will be back and sold out in Berlin in July, said, “I think all eyes are on Berlin to see if it will be able to maintain its position as one of the major international destinations for the fashion market. Historically, it’s been a great city for larger brands to meet with their international accounts, and a perfect place for emerging designers to come to get noticed by both local and an international array of retailers.” However, she added, “as other international markets gain even more traction and differentiate themselves as must-attend destinations, though, there has been lots of rumbling on whether or not Berlin will continue to be important.”

The two Berlin anchors, Bread & Butter and Premium, are staying put, at least in their hometown. Bread & Butter abandoned plans to open the event to the public and will remain “a purely professional fair, as we know it,” said founder and chief Karl-Heinz Müller. It will be more compact, though, as larger brands opt to focus on own retail versus the wholesale channel, and e-commerce commands a larger piece of the denim-streetwear pie.

“There’s a dramatic change [going on] in our industry,” he noted, “with brands once so important not important anymore and others no one knew now on top.” That means further portfolio changes this season, with Scotch & Soda, for example, joining the MIA ranks.

“But the fair is well booked and we will have many good, interesting and relevant brands,” Müller said. “And even if we can’t fill Tempelhof, we are as big as all the rest [of the shows] in Berlin put together.”

And then there’s Seoul. Müller has been in the South Korean capital a lot lately and expects to kick off a Bread & Butter fair there in 2015. It’s not a question of Berlin versus Seoul, he emphasized, but “the field is new and fresh in Korea and Asia. Consumers there want and like north European fashion culture, and denim, in general, is important. I think many European and American brands will have strong opportunities there.” Moreover, brand interest is high, he reported. “When I asked the big guys how do things look for the next Bread & Butter, no reaction,” he said. “Or the public days, no reaction. But Asia and Korea? The reaction has been, ‘Yes, where do I sign?’”

Premium is working this season to intensify its B2B services, providing personalized packages to help buyers quickly find what they’re looking for at the show.

“Berlin is not about selling square meters but providing the right profile close to the needs of the market and end consumer,” founder and director Anita Tillmann stated. “In general, everything is super good,” regarding bookings.

Tillmann is also hoping to implement new young-designer-oriented activities in July, on top of Collect Showroom, which joined the Dissonance area last season.

“We’re working on multiple angles, but my vision is to invite specific buyers who are interested in young designers, and also to introduce a handpicked selection of potential fashion brands to agents and distributors,” she said. “And then we’re working on having a selection of designer pre-collections at Premium.”

Munich, Tillmann pointed out, “is growing. It’s packed with international visitors, new stores, lots of agents are based there, and it’s the biggest sales and distribution platform. There, we close the deals with the reps. Here [in Berlin], we cater to the brands and people from headquarters.”

With Berlin’s Schönefeld airport still under construction, Panorama is moving west to the Berlin fairgrounds. Now in its fourth season, the fair will have 40 percent more space at its disposal for a total of more than 350,000 square feet in six halls. Conceived as a multifaceted marketplace to meet the needs of volume-oriented brands and retailers, Panorama includes straightforward collection presentations, the more specialized L’Hotel featuring more exclusive niche brands to help shops enliven POS, and The Mall, a showplace for franchise concepts from German and international brands geared to key growth markets like Russia and China. New in the mix for July is Now, showcasing flash collections and a series of lectures.

For director Jörg Wichmann, boosting the fair’s international pull is of prime importance.

“Berlin was more international in the past, and we’re working on it, both in terms of exhibitors and trade visitors,” Wichmann said. “Brands first want to know if they have a chance of breaking into the German market, but they also hear Germany is stable but slow, so they want to go where they can grow fast. That’s why we’re really working on the Chinese and German markets” when it comes to visitors, whereas Scandinavia and southern Europe are Panorama’s current new exhibitor focus.

Also on the move is Greenshowroom — the salonlike platform for ecologically minded fashion will return to the Hotel Adlon just off the Brandenburg Gate, and Curvy Is Sexy, the large-size fair that is switching to larger digs at Palazzo Italia on Unter den Linden.

The Mercedes-Benz Fashion Week Berlin runway tent is also changing location due to a scheduling clash with the Fan Mile around the Brandenburg Gate on the occasion of the soccer World Cup. In what the event’s owners and producers IMG Fashion emphasized is a “temporary move from the event’s permanent home, Brandenburg Gate,” this season’s MBFWB shows and stage presentations will be held at the Erika-Hess Ice Stadium in Berlin Wedding.

“The fashion industry is about change and we love having the ability to do something different for a season,” said Jarrad Clark, vice president and global creative director of IMG Fashion Events & Properties.

Having lost its latest Berlin venue, the Igedo Co. in Düsseldorf is discontinuing The Gallery Berlin to focus on its home base. The Gallery Düsseldorf platform has added a third location and will feature 380 collections compared with 230 last summer.

Igedo is also active in Russia, where CPM — Collection Première Moscow — will present its 22nd edition in September with an international spread of brands. Despite problems with the ruble, or perhaps because of commercial pressures in the region, project director Christian Kasch said “some exhibitors are a bit more cautious, while others say they need more space and that, especially now, it’s important to be there.”